Turkey has told the Reuters news agency that Russia has stopped work on its nuclear power plants.  In reality, the Turks are exaggerating.  The Russians haven’t really stopped—they have really only slowed down.

It is another piece in the intensifying conflict that has enveloped Russia and Turkey over the downing of a Russian AU-24 slow moving bomber by a Turkish F-16 fighter jet.

The first plant was scheduled to be opened in 2019, but from the very outset things have not run on schedule.  One reason is that the project confronted international regulatory problems.

The Russians have done this before—only with Iran.  They slowed down on the original proposal, Iran took the Russians to the World Court, and sued them. They wanted their nuclear plants. 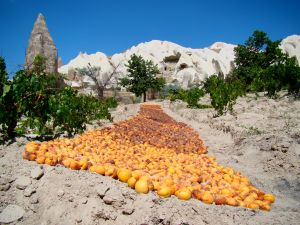 Now, because of their experience with Iran, Russia realizes that stopping entirely would prove costly. Huge disincentives and penalties are built into the contract.  And Turkey has already started shopping around for someone else to finish the nuclear job. Good luck.

Here is the crux of the problem and why Turkey can never win in this conflict with Russia. Turkey is almost totally dependent on imported energy. They have been counting on these nuclear plants and should be conducting back-door diplomatic negotiations to resurrect the deal , but they do not appear to be doing that. Tensions between the Turks and Russians do not seem to be dissipating.

So much so that Russia has also stopped importing Turkish fruits and vegetables. The reason they give is poor Turkish sanitation and hygiene, but the real reason is because the jet shot down the bomber.

This isn’t  just a case of no more Turkish pistachio nuts or dates. Turkish fruits and vegetables account for 20 percentof Russia’s total fruit and vegetable consumption. This is a huge loss for the Turkish economy.  A $4 billion annual loss in fruit and vegetable revenue. Russia has said they will easily make up the loss by importing more from Iran and Israel.

Russia has also cancelled the junkets and all expense included holiday vacation trips that Russians make  every year to Turkey.  The numbers tell the complete story. Last year 3.3 million Russians vacationed in Turkey.  That was 10 percent of all the tourists that visited Turkey. For Russia, however pleasant they were, these vacations are not essential and they will find someplace else to fill their vacation needs.  Turkey, however, will not find 3.3 million other tourists.

Russia wants to punish Turkey.  That should be clear.  And Vladimir Putin definitely has the ability to make things difficult for Turkey.  The balance of trade is pretty clear. Russia purchases $30 billion in goods from Turkey per year. All of those services are easily replaced elsewhere.

But Turkey relies on Russia for $20 billion of natural gas every year.  If that flow is even slightly altered, even for a single day—Turkey will grind to a halt.  That natural gas engines Turkey’s electric grid.

Gas is next. Russia will start pulling it.  They have already cancelled work on the underwater gas pipeline which, together with the nuclear electric plants, would eventually make Turkey more energy independent.

Turkey cannot get that much gas replaced.  They are in public conflict not only with Russia but also with alternative suppliers.  They sided with the Muslim Brotherhood so Egypt will not supply them.  They have been very aggressively critical of Saudi Arabia so they will not supply them.  There is always Israel and Israel could, potentially, help supply Turkey’s natural gas needs—but Turkey, a former ally of the Jewish state, has been openly hostile to Israel.

The Russian minister of agriculture has said, “Allah has already decided to punish Turkey’s ruling clique, depriving them of mind and reason.”

For their part, Turkey is counting on the help of the EU and the general disdain almost everyone has for Putin and his style of leadership especially in the aftermath of Russia’s land grab on Crimea and their invasion of Ukraine.

But Turkey is misreading the situation.  Just because the world criticizes Putin and Russia it does not translate into action.

This is the case even in the Middle East. Russia marched into Syria, set up a huge air-force base, and established a significant presence.  The West warned the Russians not to put boots on the ground.  Russia went in anyway and their actions were met with only a few tepid condemnations.  When the Turkish F-16 jet shot down the SU-24 Russia bomber, that’s when international voices were raised— and they were raised to urge calm and deescalate tensions, not to blame Russia.

Turkey thinks that because there are UN sanctions against Russia there is a way to leverage that power and squeeze Russia.  If the world stood by when Russian military pranced into Ukraine and Crimea how can Turkey expect them to act now?

Russia will get away with everything.  And despite pressure that Turkey is trying to apply—the real pressure will be placed by Russia on Turkey.  No one is willing to step forward and help Turkey.  If this continues, Russia will destroy them.

JEFF GREENFIELD: THE US NEEDS A DOES OF CHINESE-STYLE AUTOCRACY 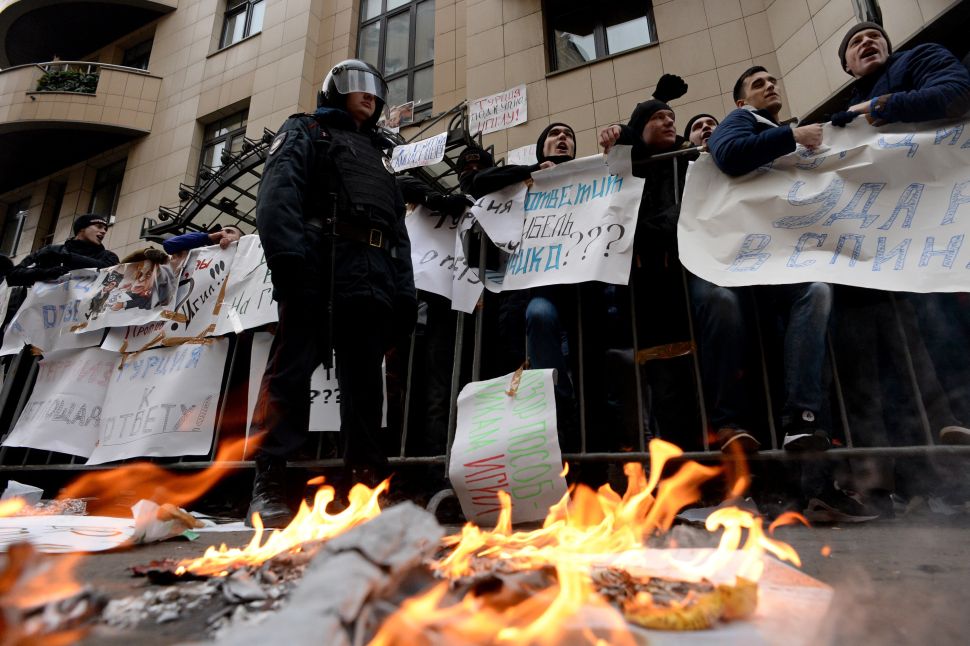