TRENTON – A bill put forward by Assemblywoman Gabriela Mosquera (D-4) has failed in an attempt to override a conditional veto proposed by Governor Chris Christie. The vote received 49 ‘yes’ votes, 10 ‘no’ votes and 18 abstentions. When Assembly Speaker Vincent Prieto opened Thursday’s session, he stated that abstentions would be changed to “no” votes. That leaves the final number of votes at 49 ‘yes’, 29 ‘no’ with no abstentions.

As the bill (A4218) was introduced for vote, there was a clear division on the floor of the Assembly Chamber that fell directly along party lines. Democrats favored the current legislation which would require those accused of domestic violence to surrender firearms. The Republicans stood with a conditional veto put forward by the Governor.

According to Assemblywoman Nancy Munoz (R-21) the bill, as it stands, “does nothing to protect victims of domestic violence.” Munoz suggested looking at the Governor’s conditional veto which includes provisions like an accelerated path to firearm ownership for victims if desired.

Assemblyman Anthony Bucco (R-25) claimed that it was “déjà vu” that the bill was, once again, being heard.

“Why in the world would we have changed the legislative history to remove the fact that that is the track the bill was on?” Bucco said. “There is only one reason I can think of: to put the bill up for an override. That is wrong.”

Assemblywoman Holly Schepisi (R-39) agreed with her colleague, accusing the Democrats of putting the bill forward again for political reasons.

“When the Assembly originally voted on this most of my colleagues abstained or voted no,” she said. “What is it about the language of the conditional veto doesn’t allow your caucus to support this bill?”

According to Mosquera, the conditional veto “doesn’t go to the heart of the bill.”

“The conditional veto message has nothing to do with what I am trying to accomplish,” she said.

Assemblywoman Valerie Vanieri Huttle (D-37) agreed with Mosquera, calling the bill “common sense” and stating that legislatures have a “moral obligation” to put the bill forward. 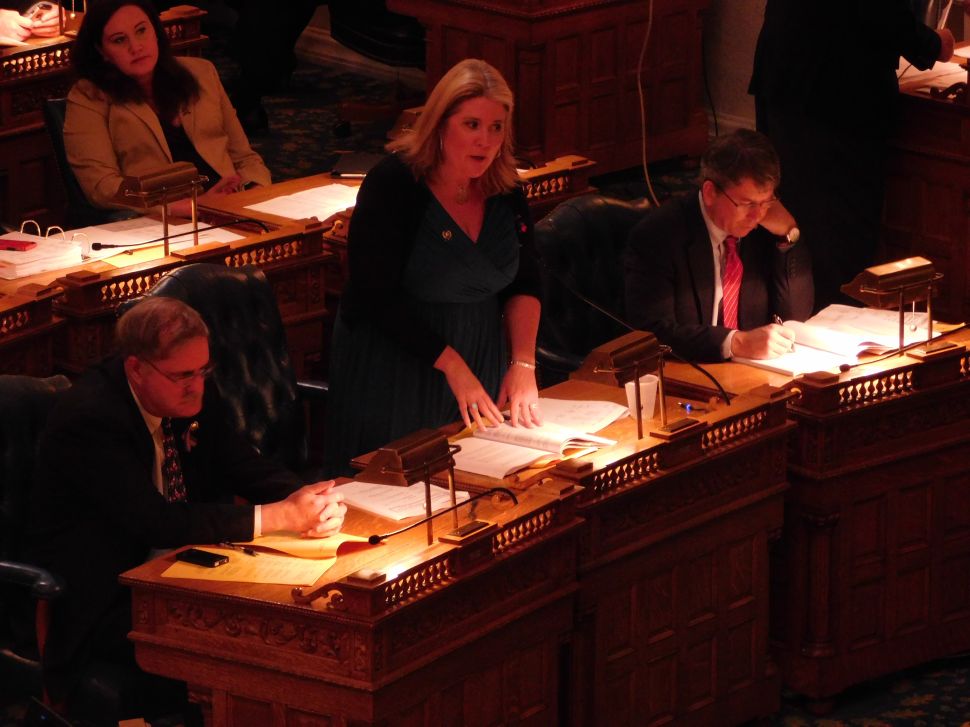