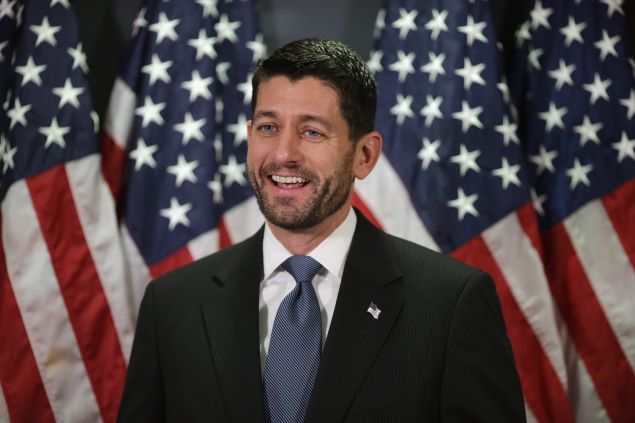 A note to Speaker of the House Paul Ryan: Keep the beard. It is working for you. It looks good on a man in your circumstances. It emphasizes shadow and tone, the strengths and complexities in the angular Irish countenance of your face. More than that, it marks a turning for you and the rest of us, much as Abe Lincoln’s beard marked a turning. And if they pull you out of a hat in a brokered convention this summer to be President of the United States it will begin a new phase in America: It will mark the end of what Larry Sabato has called The Kennedy Half-Century and the beginning of something else. The question today is what?

Toward the end of last week a rumor began that key members of the Republican party, including elected officials, met to discuss the possibility of a brokered convention this summer.

“For the GOP, it just keeps getting worse,” Salon’s Paul Blest reported. “The news that top Republicans are ‘preparing’ for a brokered convention should Donald Trump win the primary, and that the compromise candidate could actually be Mitt Romney, has spilled out into the open, and already, the party’s outsider candidates are raising hell.”

The past always seems better to conservatives and the future always out of reach.

The idea that Mr. Romney is waiting in the wings has never quite gone away, but other scenarios are afoot. If Mr. Trump yields in Iowa (Drudge has him suddenly dropping to second place and 10 percent below Ted Cruz), and New Jersey Governor Chris Christie advances in New Hampshire (he has risen from 3 percent to 10 percent since the beginning of October), then Mr. Christie—perhaps packaged with Jeb Bush—would satisfy the Establishment and give them a fair run. Mr. Romney would be out. Although if he entered now, Mr. Romney would be well ahead of everyone else in New Hampshire.

This is risky business. If Republicans try to pull off a brokered convention in this election it would be an obvious attempt to hold back time. That is, it would be an attempt by the moneyed Eastern Establishment to demolish the younger rebels rising through the heartland to power. And this is the kind of thing that conservatives unfortunately harbor—surely some still yearn to see former presidential contender, former Senator Bob Dole of Kansas, up there on the stage in a brokered convention; the past always seems better to conservatives and the future always out of reach. But to try to snatch it from the young bloods brings danger.

The denial of rising generations is the mother of unnecessary revolution. And in this race the rising generation has clearly expressed itself. Even Mr. Romney today, five months into the race, would be seen as the representative of the old generation snatching it from the young, and I don’t think he would do it.

Understandably, some of the candidates have started to kick. As Salon reports, “Ben Carson is threatening to leave the party should Republicans nominate a candidate who wasn’t even in the race.” And Mr. Trump threatens an independent run which could well throw it to Hillary.

But if a brokered convention were to bring in a candidate from the new field of governors and senators just entering into the sturm und drang since the historic 2014 election or shortly before, the Elders could not be accused of trying to take it back. Indeed, they would be embracing their future. And this would offer delegates the righteous choice of seeking and finding the best and brightest of the new people rising to leadership. I’d made the case for the intelligent and able Senator from Nebraska, Ben Sasse—possibly running with Utah Senator Mike Lee as VP.

The best of all possible worlds might be to find a bridge candidate, linking new and old thinking, just as the attempt was made for Speaker of the House. Scott Wong at The Hill suggests they might have found the same candidate: Speaker Paul Ryan.

“A small chorus of voices even floated new Speaker Paul Ryan (R-Wis.) as a possible nominee if no-one captures the majority of the 2,470 delegates by the time the convention kicks off,” Mr. Wong writes. “Another GOP lawmaker also offered up Ryan’s name unprompted. The Speaker, the lawmaker said, raised eyebrows when he gave his ‘Confident America’ speech at the ornate Library of Congress, where he vowed to lay out a bold, conservative GOP agenda in 2016.”

“I really think the Speaker is setting himself up to be considered for the nominee in the case there is a brokered convention,” the GOP lawmaker told the reporter.

There is a certain sense to it. In effect, the moral and comprehensive mind of Mitt Romney, in choosing Mr. Ryan to be his VP, was choosing him to represent the rising generation in an unforeseeable future. And that is what he is doing. 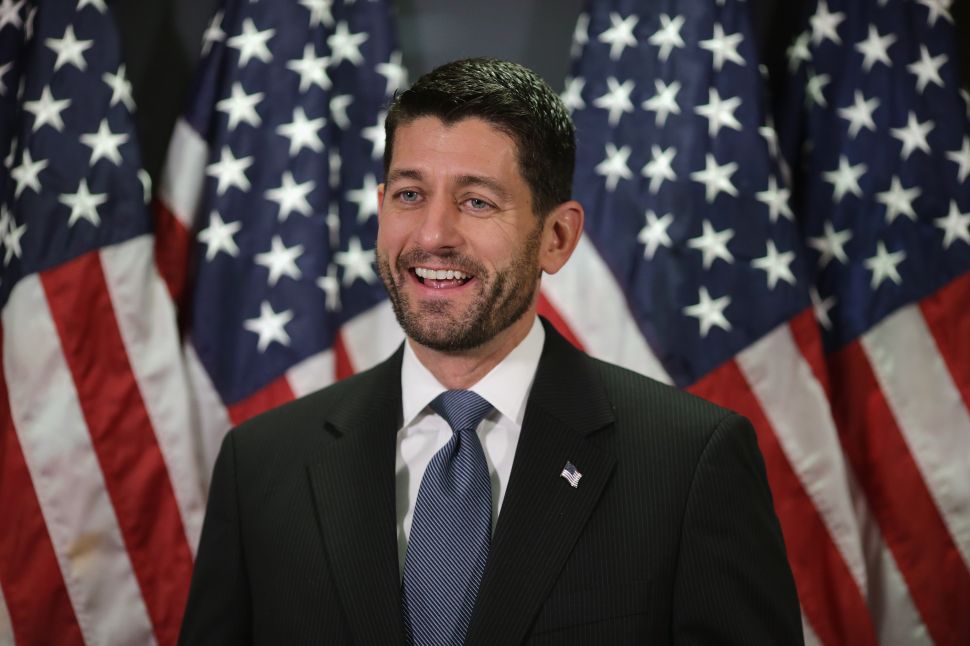