It’s Thursday morning in New Jersey, where the state legislature has a full agenda planned and state business leaders are keeping an eye on what happens with pensions and sick leave.

Quote of the Day: “We believe this will chill that optimism in New Jersey,” New Jersey Business and Industry Association President and CEO Michele Siekerka, on proposed measures to mandate pension payments and earned sick leave.

Legislative Preview: December 17
Thursday will be a full day at the statehouse, with Senate and Assembly hearings on North Jersey casino expansion dominating the agenda. While the upper house hashes out the details of Senate President Steve Sweeney’s (D-3) proposal to introduce a constitutional amendment allowing gaming outside Atlantic City in committee, the Assembly will be discussing Speaker Vince Prieto’s (D-32) rival bill to do the same.
JT Aregood, PolitickerNJ Read more

McKeon: Bill Will Make State Elections ‘Competitive by Definition’
The dearth of competitive districts that has helped to make New Jersey’s state elections predictably favorable to incumbents, maniable by party strategists and poorly attended by voters could soon see a challenge in the legislature.
JT Aregood, PolitickerNJ Read more

Possible 2017 Battle Lines Part I: Hudson County
2017 gubernatorial politics.
The insider thinks about this stuff early in the morning, a pair of bloodshot eyes staring up at the ceiling with snow on the TV screen while his wife snoozes at his side.
Max Pizarro, PolitickerNJ Read more

NJBIA Focuses on Sick Leave and Pension for Thursday’s Session
New Jersey Business and Industry Association (NJBIA) President and CEO Michele Siekerka zeroed in on two topics that will be discussed during Thursday’s legislative session in Trenton: a constitutional amendment that will mandate quarterly pension payments to avoid shortage and a bill that would require companies to grant employees earned sick leave.
Alyana Alfaro, PolitickerNJ Read more

Conaway Drops Ball on Addiction Prevention
Opioids are medications prescribed by your doctor to relieve pain. They’re a godsend for those who suffer. But Opioids are incredibly addictive and can serve as a gateway to heroin abuse.
Jay Lassiter, PolitickerNJ Read more

The Battle of Princeton, Revisited
It started out as the British versus the Continental forces, a war of attrition that has come down now to Princeton University’s Institute for Advanced Studies versus Assemblyman Reed Gusciora (D-15), or so it would seem to hear the assemblyman’s passion for preserving a parcel of land ascribed to the Battle of Princeton.
Max Pizarro, PolitickerNJ Read more

NJ Supreme Court Ends Epic Hoboken Landlord-Tenant Battle
It took a Hoboken woman three decades to evict the tenants in her converted garage apartment so that she could move in. In the end, it came down to how the state’s highest court interpreted a statute intended to prevent tenants from being arbitrarily or unreasonably evicted from their homes.
Donald Scarinci, PolitickerNJ Read more

Judge chastises Christie’s lawyers for failure to keep notes in GWB probe
A federal judge in Newark on Wednesday chastised Governor Christie’s taxpayer-funded investigation into the George Washington Bridge lane closing scandal — which so far has cost $8 million — saying attorneys hired by the state intentionally failed to preserve interview notes because they were mindful of a parallel legislative investigation and intense media scrutiny.
Paul Berger, The Record Read more

N.J. Democrats to address four proposed amendments to state constitution
As Governor Christie prepares for a four-day bus tour of New Hampshire to bolster his presidential campaign, Democrats in New Jersey will set in motion a plan to circumvent Christie’s executive authority by pushing for changes to the state constitution that would dedicate funding for transportation and pensions, allow casinos in North Jersey, and amend how legislative districts are drawn.
Dustin Racioppi, The Record Read more

Who won the 5th GOP debate? Pros score Christie and the GOP field
How’d Gov. Chris Christie perform in the last Republican presidential debate of the year? Who won? Who slipped up?
NJ Advance Media checked in with four veteran GOP operatives and pollsters to get their reactions to the fifth Republican debate in Las Vegas on Tuesday night.
Claude Brodesser-Akner, NJ.com Read more

McGreevey: N.J. is wisely choosing clinical treatment for heroin abuse
even women from distinctly different backgrounds held hands in a small, humble bedroom on MLK Boulevard in Newark two weeks ago as we prayed in memory of a young woman whose life had succumbed to heroin overdose.
By James E. McGreevey, Star-Ledger Read more

Costly ad war brews over 2016 N.J. ballot measures
As New Jersey lawmakers push ballot initiatives such as casino expansion and pension funding for public employees, interest groups are preparing to spend tens of millions of dollars to fight for or against the proposed constitutional amendments next year.
Andrew Seidman, Inquirer Read more 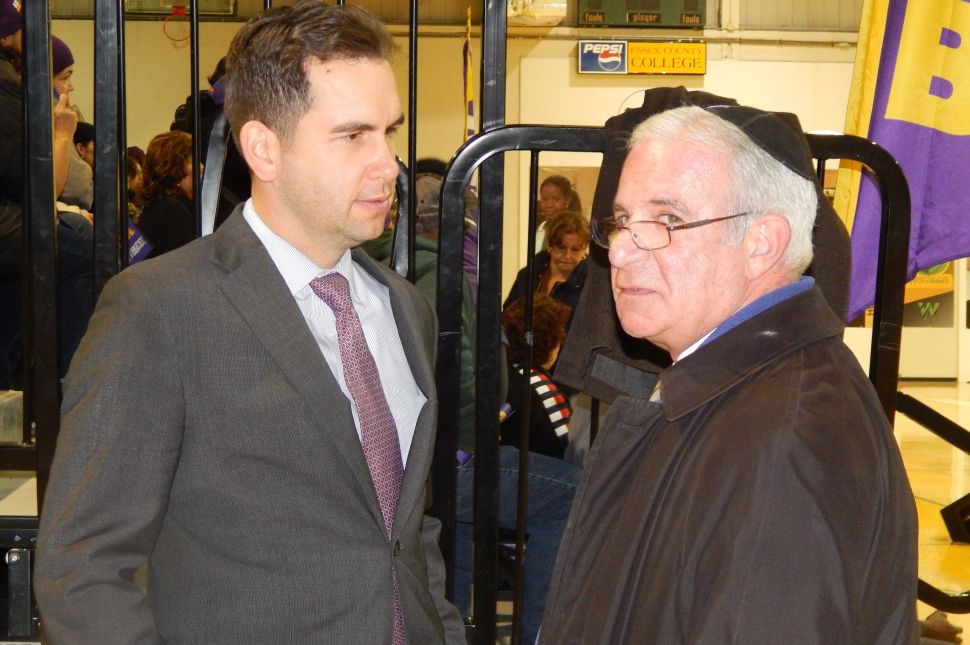