The legal concept of the presumption of innocence is irrelevant here; the Constitution does not protect against reputation—or career-ruining accusations. The burden for proving a felony in the criminal justice system is rightly very high. Public opinion, including media coverage, has no fixed standard; when someone is accused of terrible acts that can be neither proved nor disproved, balancing fairness to both sides is extremely difficult. But in many cases, journalists can do a far better job of verifying the facts than they are doing now—and when they fail to meet that obligation, it is ultimately unfair to all involved.

For some, the near-universal support for the women who say Mr. Deen attacked them represents a welcome, long-overdue shift in attitudes. Writing in The Daily Beast, former adult performer Aurora Snow notes that in “the post-Cosby era,” people tend to believe rape allegations—especially multiple ones—and that “the court of public opinion” can be a remedy when celebrity perpetrators enjoy impunity.

Mr. Deen’s downfall began with two tweets by his ex-girlfriend and former costar, Stoya, who first expressed bitterness at seeing her alleged rapist idolized as a feminist and then got more specific and explicit: “James Deen held me down and f—ed me while I said no, stop, used my safeword.” The outpouring of support was quick, massive and near-unanimous; a #SolidarityWithStoya hashtag quickly sprung up. In the next two days, two more women went to the media with accounts of sexual abuse by Deen: former porn star Tori Lux, who said that Deen violently attacked her on a film set in 2011, and current performer Ashley Fires, who said the actor “almost raped” her in a communal shower during a film shoot. And, with Deen’s career already a wreck, the accusations kept coming.

While false allegations of rape are not quite as vanishingly rare as feminists often claim, the chances of an innocent man being accused by eight women do seem somewhere in “being hit by a meteor” range. Yet there are complicating circumstances in this case that leave some room for reasonable doubt. The snowballing accusations could be an effect of victims being emboldened by the example of others and by Mr. Deen’s loss of clout (speaking out against him no longer carries the risk of industry blacklisting). But there could also be a “bandwagon effect”—particularly when coming forward as a victim, and backing other accusers, is treated as a heroic act worthy of applause and adulation. Add to this the fact that these charges may never have to be tested in a formal investigation or a trial: so far, none of Mr. Deen’s accusers have indicated any intent to file a criminal complaint or even a civil suit. (By contrast, Canadian television host Jian Ghomeshi, who has also faced mounting accusations of sexual and physical assault from more than a dozen alleged victims, has been charged in six of those cases.)

Of course, a bandwagon effect after a highly publicized allegation is far from a given: no new accusers turned up after Woody Allen’s daughter Dylan Farrow claimed he molested her, or after an Internet commenter made a (later retracted) rape accusation against singer Conor Oberst. But it has to be considered as a possibility.

Libertarian feminist Elizabeth Nolan Brown rightly argues that men and women can enjoy such activities without becoming abusers or victims, and that most can easily separate consensual kink from assault or abuse. Yet one need not share the views of anti-porn, anti-BDSM radical feminists to admit that when rough handling and even violence are part of one’s sexual repertoire, there is some risk of things going too far for one partner—perhaps without the other being aware of it. This is especially true when one or both parties are intoxicated. There is probably a heightened risk, too, of such encounters being retroactively reframed as coercive. While some of Mr. Deen’s accusers claim he brutally forced them into acts they had explicitly refused, some of the alleged incidents could have been initially consensual encounters gone wrong.

But the same milieu also provides some unique opportunities for fact-checking. While sexual assault nearly always happens in private, three of the actresses who have accused Mr. Deen—Tori Lux, Amber Rayne and Kora Peters—say they were assaulted on the set in front of crew members. Ms. Lux, who says Deen attacked her after filming a scene, choking her and repeatedly hitting her in the face, also mentions telling several friends about the incident. Ms. Peters, who says he physically forced her into a sexual act she had refused while filming a scene, claims she discussed the assault with her agent.

To treat such allegations as gospel truth is a step too far. Even in the court of the media, ‘believe the women’ is no substitute for evidence.

Yet there is no indication that journalists covering the story have tried to talk to any corroborating witnesses. The only investigation mentioned so far is being done by Kink, the adult entertainment company that employed Deen, to verify another performer’s claim that she went on Kink’s online forums to complain about being abused by the actor and that her post was deleted.

In a column for the Jewish Daily Forward, writer Emily Shire argues that while sexual assault victims have often faced prejudice and unfair blame, today “we are often highly hesitant to ask questions about a woman’s account of rape for fear of being called rape apologists or accused of making women relive the trauma.”

Ms. Shire also notes that doubting Stoya’s claim would have been “blasphemous”—a curious choice of language that points to the disturbing quasi-religious zealotry in the current crusade against rape. “I don’t need Stoya or any woman to ‘prove’ that she has been raped for me to believe her,” wrote Amelia McDonnell-Parry, editor-in-chief of the feminist website The Frisky which dropped Deen as its sex advice columnist. “I BELIEVE WOMEN.” This stance is an odd mix of knee-jerk gender solidarity, old-fashioned belief in the sanctity of womanhood and religious “witnessing.”

But to treat such allegations as gospel truth is a step too far. Even in the court of the media, “believe the women” is no substitute for evidence.

The probability of Mr. Deen’s guilt may be strong; but many, questions remain. Is he a predator, or a man who likes pushing women’s boundaries in ways that may be upsetting but not criminal? Is his punishment just? If he is guilty, was the industry complicit in covering up his crimes? Without a proper investigation, we will never know. This is a story that needs facts, not faith. 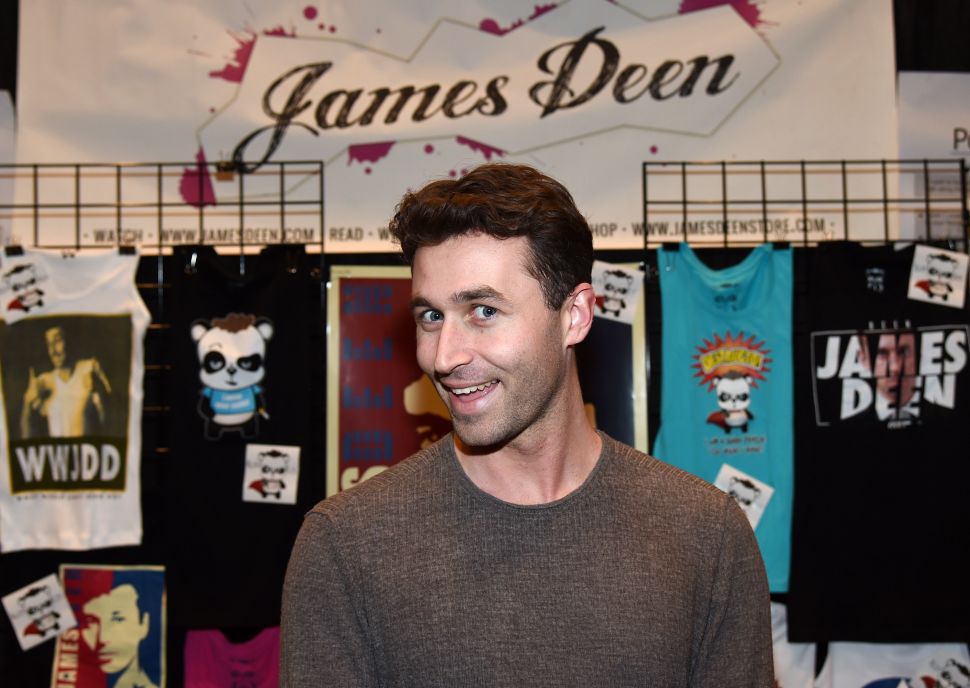