TRENTON – It almost looked like someone intended to re-shoot the infamous 1967 Patterson-Gimlin footage outside the Statehouse this afternoon, but actually it was activist Edita Birnkrant dressed, not as Bigfoot, but as a bear.

“FoA is tired of Gov. Christie deceiving the people of New Jersey, who are mostly non-hunters,” said the campaign director of Friends of Animals. “Christie has blood on his hands for the thousands of black bears who have been shot on his orders, and he continues to lie to the public while failing to support education about simple strategies to co-exist in bear country.”

Birnkrant wheeled a bear-proof trash can stuffed with a Christie lookalike three days before the black bear hunting season begins in New Jersey and is scheduled to last for six days. In 2014, the state has issued 7,993 bear hunt permits, according to the NJ Division of Fish and Wildlife.

The New Jersey Sierra Club likewise weighed in on the hunt.

“The DEP has doubled down on their failed policy,” said Jeff Tittel. “They adopted another bear management plan that doesn’t manage bears but is just an excuse for an expanded hunt. They’re expanding the hunts that don’t work into new areas of New Jersey and allowing people to hunt more often and kill more bears. These changes are only going to increase bear incidents. Instead of more hunting, we need a real management plan, one that includes strong education and uses warning signs in the region, education materials at trail heads, enforcing not feeding bears, and garbage management.”

According to the Sierra Club, hunts in the Ramapo Forest for the past five years have failed to reduce a problem with aggressive bears. Earlier this year, Ramapo State Forest was closed for two weeks due to bear incidents. Four bears were killed due to the incidents and the park remained closed for a week afterwards.

“That shows that these hunts are not helping to reduce bear incidents,” the Sierra Club averred. “In fact, we’ve seen more encounters over the year with more hunts. This plan calls for even more hunting with an increase in dates and locations as well as allowing bow-hunting. Hunting is not working to reduce bear encounters; we need a real management plan.” 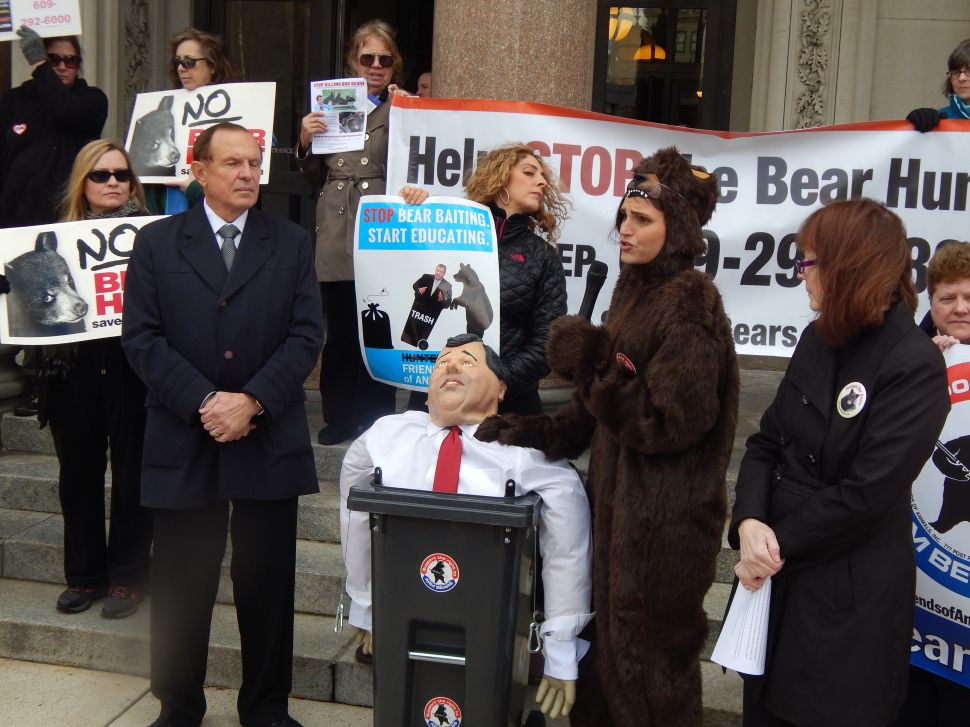