Got a Star Wars fan in your life? Have no fear, the coveted app-controlled droid toy BB-8 is not your only hope for a gift this holiday season.

If you’re looking for something to get a true connoisseur, Heritage Auctions’ weekly online vintage poster sale, which is taking bids through Sunday, December 13, features 40 Star Wars-themed lots in anticipation of the forthcoming film (several of the lots carry bids below $400).

Among the posters on offer is a first printing of the iconic 1977 one sheet with art by Tom Jung, depicting a heroic Luke Skywalker, his blaster wielding sister Princess Leia, and sidekicks C-3PO and R2-D2. The starburst from his lightsaber explodes across the poster just over the looming image of Darth Vader in the sky, the Death Star, and a fleet of X-Wing fighters. Awesome.

According to Grey Smith, director of posters at Heritage, the first printings are among the most scarce. “[The studios] didn’t know what they had yet,” he said, referring to the blockbuster phenomenon that Star Wars became upon its release. And once it took off, he added, it “was such a big hit they released a number of different variants,” of the theatrical posters for the second printing, he explained.

There are plenty more rare finds to be had in the sale in addition to first printings. Mr. Smith points out a rare, dated Revenge of the Jedi poster from 1982, before the film was renamed Return of the Jedi to better reflect the pacifist nature of the Force-sensitive order of knights. The poster is the only Star Wars memorabilia with the film’s former title, and features artwork by Drew Struzan who is famous for designing posters for Blade Runner, and all of the Back to the Future, Indiana Jones and Rambo films. Another Star Wars poster by Mr. Struzan, done in collaboration with Charles White III, is also featured in the sale.

For those looking for foreign language printings, a spanish language poster for the 1977 film features a dark and bold variation on Mr. Jung’s art by Greg and Tim Hildrebrandt, who are well known for their work on The Lord of the Rings calendars, Magic the Gathering cards illustrations, and work for Marvel and DC comics.

All of Heritage’s weekly auctions start bidding at $1, so deals can vary from week to week depending on the rarity of the posters. Next week is the opening weekend for The Force Awakens, and we asked Mr. Smith what the hottest finds for collectors of Star Wars vintage posters might be. Keep your eyes peeled for the 1987 Star Wars Concert poster for a musical series featuring the scores of John Williams—it’s considered one of the rarest Star Wars collectibles ever, and is valued between $5,000 and $7,000.

Then there’s the 26-by-104-inch silk screen banner ordered for the first screenings of the film. “In the old days there was a press book with each of the films coming out, and a theater would order whatever they wanted from it. Banners were probably a more expensive, specialty item, so not as many were ordered or produced,” said Mr. Smith. 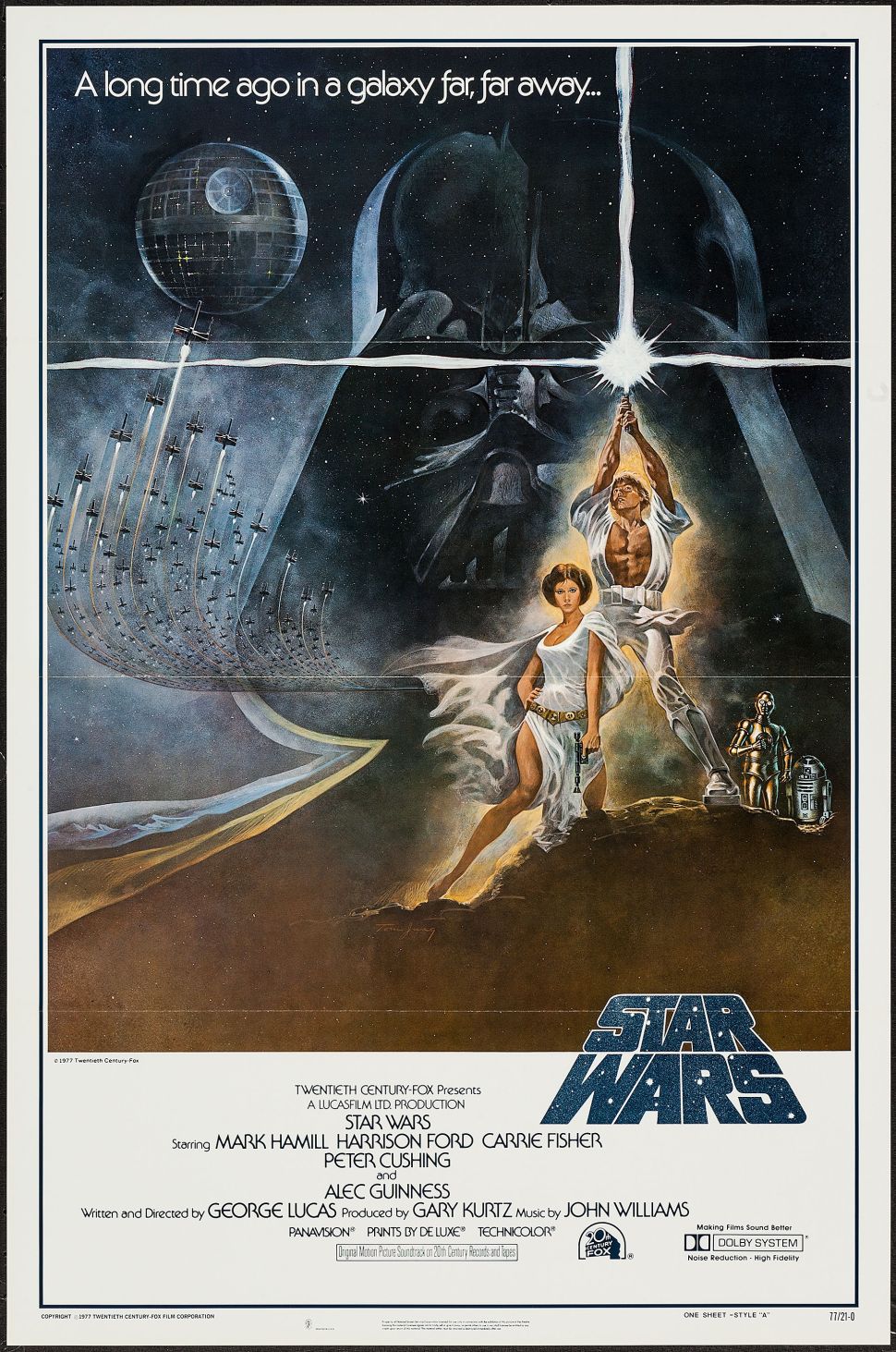