It’s not over until the fat lady sings, but for me she’s singing out the 2015 movie year early. While the year-end marquees change, we’ll be taking a break at The New York Observer. Here then, in the last issue of 2015, a few notes on some of the new films to accompany you through the holiday season.

At the top of the list, don’t miss 45 Years, an exquisite work of maturity and tenderness about a fractured marriage in its autumnal years, with a pair of the best actors on the screen, Charlotte Rampling and Tom Courtenay, as a devoted elderly couple in an idyllic hamlet in England whose love is tested on the eve of their 45th wedding anniversary. Retired and living a warm and placid life in their senior existence, Kate and Geoff Mercer are content to read, listen to the radio, walk their dog and co-exist as friends and partners who have mated for life. Suddenly a letter arrives from Switzerland informing Geoff that the body of a previous lover-fiancée who fell through a fissure in the ice on a romantic hiking trip nearly five decades earlier has been found in a glacier in the Swiss Alps. Usually cool and restrained, Kate is unnerved by Geoff’s rattled emotional behavior as memories of an old love before their marriage resurface. In the week that leads up to their anniversary party, unsettling memories disrupt their routine and even something as simple as old song lyrics take on new importance, leaving them troubled and unable to share their true feelings. Geoff retreats to his loft to look at slides of life before Kate. Hidden tensions surface. They can’t make love. They both start smoking again. The texture of two perfectly calibrated performances stirs memories of our own.

Both products of swinging London’s youth culture in the 1960s, Geoff and Kate trade reminiscences. When he tells her “you were a bloody knockout,” images of Ms. Rampling’s almond-eyed beauty return, and when she says “You were so cool then,” re-running scenes in your head of Mr. Courtenay’s early youth-in-revolt films such as Billy Liar and The Loneliness of the Long Distance Runner become unavoidable. What an aching pleasure to watch two seasoned pros at work, aging visibly but with grace and charm, giving it all they’ve got, and then some. Andrew Haigh’s careful script and direction are measured but reassuring in the meticulous moment-by-moment behavioral observances of two legends in transition. Favoring small moments of melancholy, body language and facial expression over big action scenes give 45 Years a resonance seldom seen in contemporary movies. It’s one of the most endearing and unforgettable films of the year.

At a time of vital controversy surrounding the fate of immigrants seeking new lives in America, Concussion chronicles the revolutionary medical discovery in 2002 by Nigerian-born Pittsburgh neuropathologist Bennet Omalu, whose autopsies on football players who committed suicide after being misdiagnosed with Alzheimer’s revealed the actual cause of dementia was repeated blows to the head on the playing field. He changed the course of medical history, but simultaneously came close to destroying his career when the NFL harassed and ridiculed him, called in the FBI to arrest his boss and threatened him with deportation. The fans, the NFL and even the government denounced him, tried to discredit him and accused him of fraud—until the head of the NFL Players Association committed suicide himself. In a country where football is more important than life, death or the law, you don’t mess with the kind of brutality that can lead to victory and wealth, even when it is synonymous with death. But the courageous, sagacious doctor, who knew nothing about football, prevailed and eventually he was not only exonerated, but offered the position of chief U.S. forensics pathologist in Washington, D.C. The NFL has since settled 5,000 lawsuits without admitting any responsibility.

In a game-changing career move of his own, Will Smith gives a three-dimensional performance that deserves attention when the awards season rolls around. The strong supporting cast includes David Morse as a football hero whose injuries lead to homeless vagrancy and self-destruction; lovely Gugu Mbatha-Raw as the doctor’s loyal wife whose faith gives him courage; Alec Baldwin and Albert Brooks as the men who risk their own careers to prove his theories right; and Arliss Howard and Luke Wilson as adversaries. Peter Landesman wrote and directed, with force and conviction.

On Christmas Day, violence and savagery might not be what the doctor ordered, but in The Revenant, the great Mexican director Alejandro G. Iñárritu (Babel, Birdman) pours on his trademark brutality with an intensity that is almost unbearable, and Leonardo DiCaprio gives a physically demanding performance that rivets the attention like a hammerlock hold. Based on true incidents in the Rocky Mountains during the 1820s, Mr. DiCaprio plays a rugged frontiersman and scout with a half-Pawnee son who leads a hunting expedition into an Indian ambush, narrowly survives both the massacre and a horrifying bear attack in the wilderness, then gets buried alive by the other fur trappers and left behind for dead. For the next 158 minutes, everything in this movie struggles to stay alive as Mr. DiCaprio encounters life and death in the raw and somehow miraculously manages to beat the odds and get through the harsh winter to seek revenge on the man who betrayed him and killed his son.

The relentless brutality that ensues is a grueling endurance test for all concerned, and a tribute to Mr. DiCaprio’s tenacity and strength. But be forewarned: The Revenant (the title refers to someone presumed dead who returns, unexpectedly alive) is not for the squeamish or weak of heart. Victimized by hunger, starvation, emotional trauma, illness, the carnage inflicted by the hunger of ravenous beasts and the selfish inhumanity of men, Leo excels in a harrowing saga of man vs. nature, traveling hundreds of miles back to civilization. Sucking the blood from dead animals and carving the insides out of a horse so he can crawl inside naked in a blizzard to keep from freezing to death are among the many scenes that are too daunting to watch. The misery and bloodshed are so punishing that some members of the audience at the screening I attended walked out. The bear mauling is especially terrifying, and the final encounter between the hero and the unscrupulous villain (a grizzled, unrecognizable Tom Hardy) is stupefying. The cinematography is arresting, if you like rock formations in the snow and dead forests, but I failed to detect a stronger purpose in The Revenant than to illustrate the point that life in the primal Old West may have been a living hell for a human, but it wasn’t much fun for the animals, either.

Equally harrowing in an otherwise festive holiday season is the heartbreaking Hungarian film Son of Saul, a dark and devastating chronicle of life in the Auschwitz-Birkenau concentration camp at the end of World War II, which won the Grand Prix at the Cannes Film Festival. A Jewish inmate named Saul (Geza Rohrig in a wrenching portrayal of human instinct in hell) slaves away as a member of the camp’s Sonderkommando unit, recruited to strip, shower and march the boxcars of new daily arrivals into the gas chambers, then dispose of their bodies. Touched by the plight of one innocent little boy, Saul comes out of his lethargy long enough to take a protective paternal interest in the dying child, and spends the rest of what is left of his own life determined to give him a proper burial. The chaos and agony of searching for a rabbi to perform the Jewish prayer for the dead among the burning bodies and screaming women piling up around him in the middle of an attempted escape has a different but similar impact as the Normandy invasion in Saving Private Ryan. The unflinching camerawork and sound effects, brilliantly captured in the amazing directorial debut of fearless writer-director Laszlo Nemes, creates a nightmare vision of a world plunged into madness. This is a great film, but proceed with caution and I’ll see you in January. 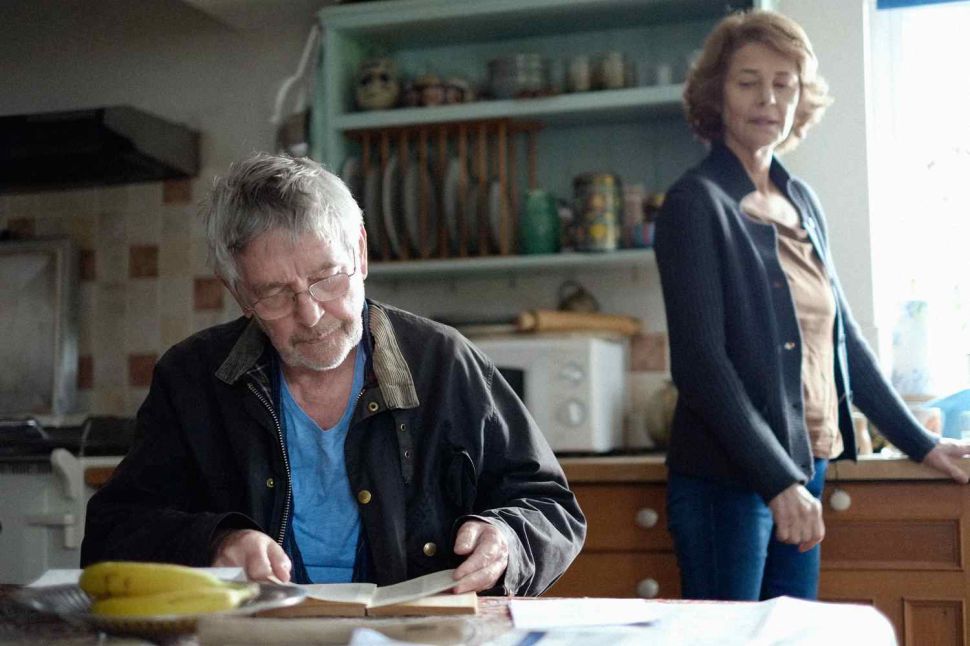