This winter, Rosie Huntington-Whiteley is bundling up in a monogrammed Burberry scarf, and nothing else.

Rather ironically, Ms. Huntington-Whiteley told the Telegraph in April 2014 that she would never pose nude again. But with the killer team of photographer Mario Testino and Burberry designer Christopher Bailey, it looks like she went back on that decision. Although with a customized cashmere piece, just like the ones available at Burberry’s Scarf Bar, she offers up a slightly covered up peek of her Victoria’s Secret Angel curves.

However, the 28-year-old stunner does don some actual clothing in her fourth ad campaign for the British heritage label, posing alongside model pal Naomi Campbell in a coordinating frock. In addition to their black tie garb, replete with intricate embroidery and plunging necklines, the two mods do sport fringed scarves around their necks.

In other campaign images, Ms. Huntington-Whiteley poses alongside singer James Bay. While she is clad in an iconic Burberry trench (and yet another scarf), he sticks with his signature hat, adding a rock ‘n roll touch to his checked neck warmer. 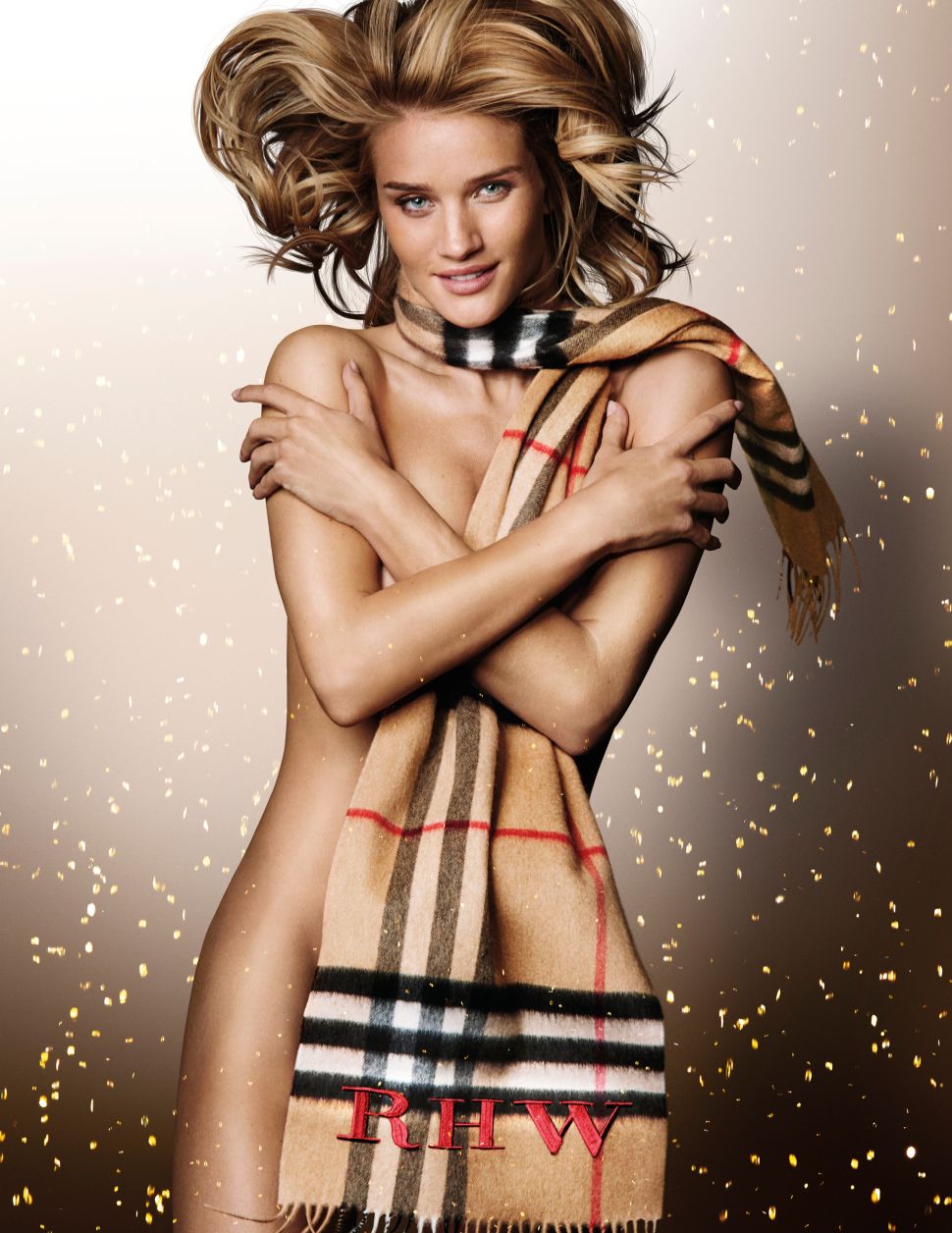