Since the beginning, I’ve detailed the happenings on Running Wild with Bear Grylls, a fascinating scientific study disguised as a reality show in which NBC sends celebrities into the wilderness with Bear Grylls, a nature-cyborg designed by the US government, programmed with a love for rappelling down mountains and trying to murder celebrities via the wilderness. It’s fantastic. It’s better than The Wire and Breaking Bad combined, because those shows are alright but not once during either of their runs did Kate Hudson light a fire with a tampon.

But last night’s Running Wild was a special occasion, as the president of these United States himself, Barack Obama, joined Bear Grylls in the Alaskan wilderness. And it was…suuuper disappointing? No, not really. It all depends on your expectations. This wasn’t really Running Wild with Bear Grylls, it was more Strolling at a Brisk Pace with Bear Grylls. POTUS did not rappel down any cliff faces. Not one! The whole thing was really a PSA on climate change anyway, and I’m not sure I should have expected differently. You can’t throw the president out of a helicopter. Pretty sure that’s in the Constitution. And if anything dangerous did occur, roughly 1400 Secret Service agents surrounding the film sight would have swooped in, guns drawn, anyway. Of course, the bullets would have just bounced off Bear’s titanium outer shell, and his defense mechanism would have engaged. For our sake, thank God it didn’t come to that.

Anywho, here are the most pivotal moments of Bear Grylls and President Barack Obama’s leisurely jaunt through the Alaskan wilderness. 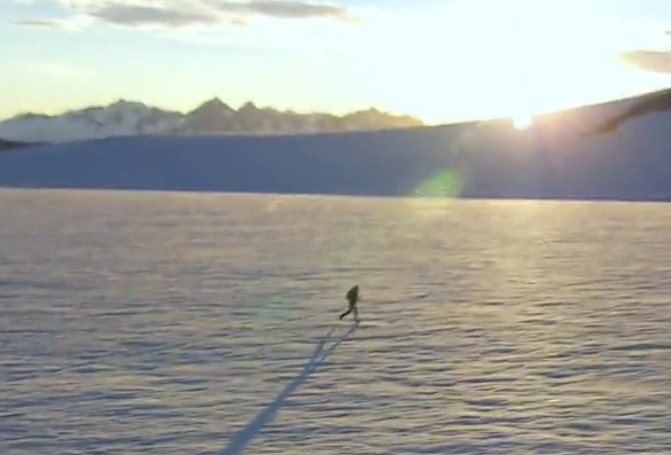 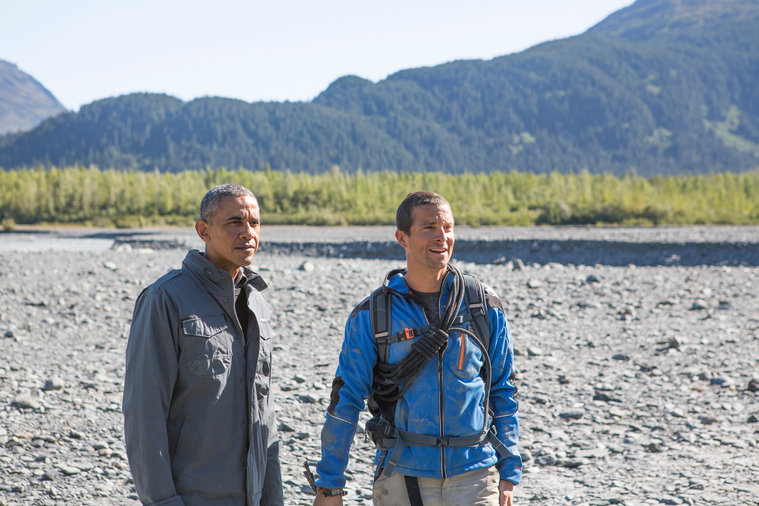