In the days leading up to the Federal Reserve Board interest rate hike that arrived on Wednesday, most business media inaccurately reported that one of the first effects of the rate hike was that big banks would raise interests they charge customers for credit card and other loans, and also raise rates they pay customers for money held in deposit and other interest-bearing accounts.

For example J.P. Morgan Chase, when the bank announced its rate increase for loans, openly stated it was NOT increasing rates for deposits because the rates they pay customers for deposits were not directly linked to the prime rate, as are the rates it charges consumers for loans. Other major banks, and probably most or all major banks, will follow suit in a scheme that will spark immense public anger and outrage and become a major issue in the presidential campaign and the halls of Congress.

Here is the easiest political prediction I will make all year: Bernie Sanders will soon speak out in the presidential campaign against this ripoff by banks against customers, and Senator Elizabeth Warren will similarly speak out against it in the halls of Congress followed by a number of leading Democrats in Congress and hopefully Hillary Clinton.

The game is fixed and the bid is rigged against workers, consumers and voters and in favor of those who donate to campaigns while hiring powerful lobbyists to fix their legislation.

It will be fascinating to watch whether Donald Trump and other Republican candidates take up the cause of the consumers, who will soon feel cheated by big banks as the issues I raise in this column become clear to all.

One of the greatest benefits to voters and consumers of having leaders such as Mr. Sanders and Ms. Warren in public life is that on matters such as this, they do not consult campaign donors to decide which side they are on. They are on the side of the consumer. Period. And make no mistake, the consumers are also the voters.

For the same reasons Mr. Sanders has driven the debate in the Democratic Party on issues of economic fairness and income equality, when he speaks out against the interest rate ripoff big banks are trying to perpetrate on their customers, his loud voice for economic justice will drive the debate Iowa, New Hampshire and other states again.

Do voters in Iowa and New Hampshire celebrate the profits banks make by charging higher rates for credit card holders while maintaining the lower rates they pay to depositors who trust them to hold their money? How about the other 48 states? There is going to be a stunning example of the political revolution Mr. Sanders has sought to provoke when hundreds of millions of American suddenly come to believe—correctly—that they are being cheated by big banks that survived only because of the big bank bailouts that they—and we—paid for.

Shame on the Federal Reserve Board for not protecting consumers against this abuse.

I will tell readers that during the banking bailout and the Dodd-Frank financial reform debates I warned leading Democrats in the Congress and the Obama White House that taxpayers, consumers and voters were being set up for this ripoff.

I was unable to persuade Congressional leaders or the Obama White House to take this issue on because banks give a lot of money to their campaigns while their lobbyists hustle loopholes in their legislation. There are few better examples than this of how the game is fixed and the bid is rigged against workers, consumers and voters and in favor of those who donate money to campaigns while hiring powerful lobbyists to fix their legislation.

And shame on the Federal Reserve Board for not protecting consumers against this abuse through its authority to regulate financial institutions.

I predict there will soon be a political firestorm against the rate ripoff that has already begun, and that Mr. Sanders will be raising this issue on the campaign trail very soon, and may already be raising it as you read these words.

If you find that your rates for loans are rising but your rates for deposits remain near zero—which many consumers will—you should ask your banks to move your credit cards back to a fixed rate from a variable rate, or to accommodate you in some other way. And do not be shy about threatening to take your business elsewhere, and doing it if necessary.

I have already contacted Team Sanders and Team Clinton and urged Mr. Sanders and Ms. Clinton to speak out forcefully about this immediately and will soon be contacting Democratic leaders in Congress.

There will be a political explosion of public outrage and anger against this latest banking ripoff. It is easy to predict that Mr. Sanders and Ms. Warren will be leading the charge for change and as the public explosion of outrage becomes politically apparent to all they—and we—have a good chance of ultimately winning this battle. 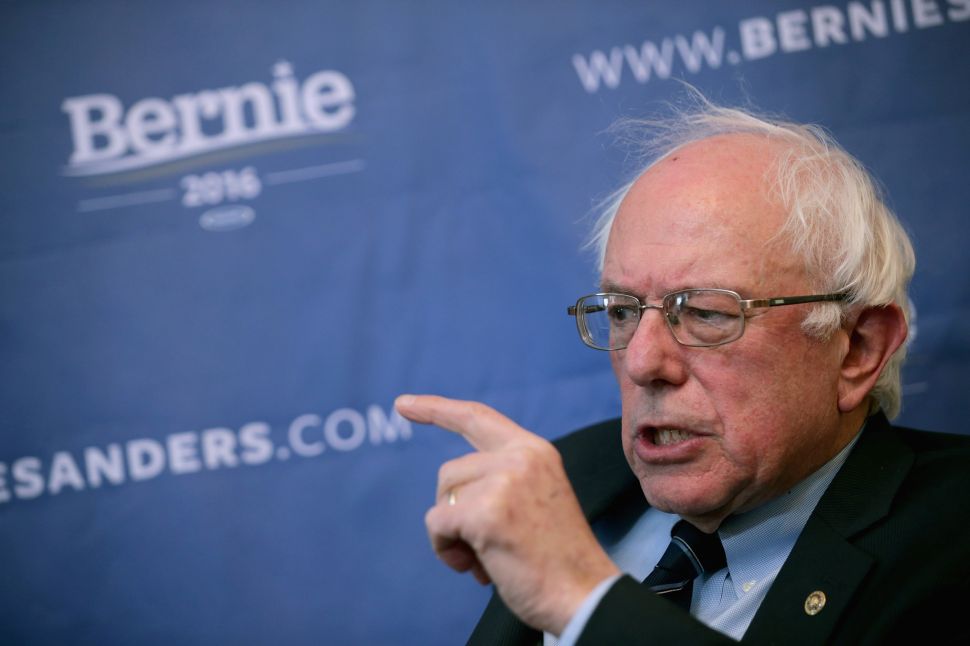