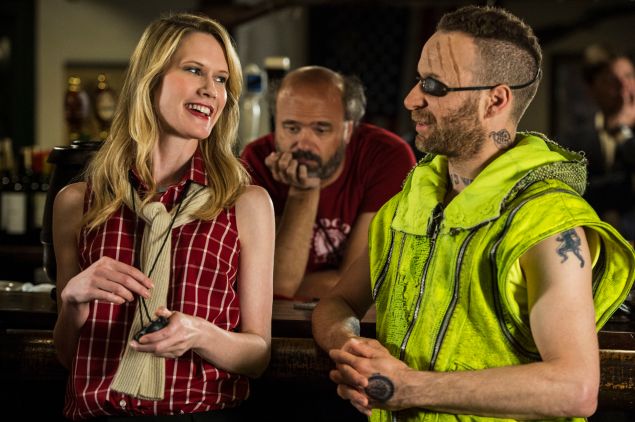 In 2013, Jon Glaser sat down on Late Night With Jimmy Fallon wearing Coors Light sweatpants and neon green hat. Coors Light, of course, because only the Silver Bullet is appropriate for, as Mr. Glaser said, “Neon Joe, Werewolf Hunter.”

Two years later, Neon Joe, Werewolf Hunter has gone from “100% a joke” to an actual, real-life mini-series airing over five consecutive nights starting December 7 on Adult Swim. The same network that brought us Too Many Cooks and Unedited Footage of a Bear presents the story of Joe (played by Mr. Glaser), a “neon-clad man with a mysterious past and a highly specialized skill set – hunting werewolves.”

Scott Adsit, who depending on your age you either know from 30 Rock or Mr. Show, co-stars as Sonny Cocoa. Mr. Adsit is no stranger to the comedic wild-west mentality of Adult Swim, having already executive-produced  Moral Orel (2008) and Mary Shelley’s Frankenhole (2010) for the network. Not so, not even close, for Stephanie March, who in addition to appearing in Neon Joe stars as Alexandra Cabot in Law and Order: SVU, a show which has not once featured werewolves.

I hopped on the phone with Mr. Adsit and Ms. March to discuss Neon Joe, Werewolf Hunter, Paul Rudd, and the transition from investigating crime scenes to investigating werewolf murders.

“[T]he older Adult Swim gets, the more mainstream it will become.”

I just got to see the first episode, and it is definitely Neon Joe, Werewolf Hunter.

No, it’s great. I’m just wondering how a show based off a joke was pitched to you?

Adsit: I’ve know Jon Glaser since our Second City days together in the 90s. When Neon Joe came up, he invited me along and I just said yes immediately. Because, first of all, I knew Jon would be writing and starring in it and he is one of the funniest people I know. I had great confidence in the whole thing already, but then he is also working with these producers, Vernon Chatman and John Lee, who are both brilliant avant-garde artists who happen to work in TV. So I just jumped in, because I knew it would be quality, and bizarre, and silly and wild.

Stephanie March: It’s funny, because you picture this being pitched to me and it’s something I wouldn’t want to do. But I actually pursued it pretty aggressively. I really, really like Jon. I haven’t had the pleasure of working with him before now, but I’ve always thought he was incredibly talented. I had worked with Scott recently, and he’s okay. I just thought it would be an interesting project, something I haven’t done before. And it ended up being something wonderful.

Yeah, this is pretty out of left field compared to SVU.

March: The thing is, I don’t think I could have been prepared carefully enough for it [laughs]. We shot the pilot in December of 2013, and it didn’t end up going to series officially  until March of 2015. Being a lazy actor I didn’t read the script until I got to work. It was only then I realized ‘Okay wow, this is going to be very different from what I’ve ever done.’ 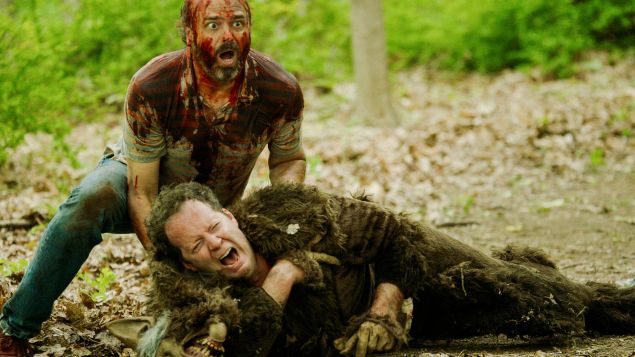 I love that Paul Rudd pops up in the first episode. What do you think draws people–creators, actors, writers–to networks like Adult Swim?

Adsit: It’s all a very sort of artist driven community. Networks like Adult Swim allow artists to be artists, and allow their vision to come through without a lot of tinkering. I worked on Moral Orel and Mary Shelley’s Frankenhole, and they bothered us very little. They very, very seldom came to us and said ‘Change this,’ or ‘You can’t do that,’ or ‘We’d like to see this.’ Now, they did do that once, and they cancelled us [laughs]. But otherwise, they really do say to their creators: ‘This is your show. We want to see what you do. We trust your art work.’ It’s really kind of remarkable that way.

How much freedom does Jon give as a show creator?

March: [Scott Adsit and Jon Glaser] have a long history of improvisation, and they did a lot of it after they already had the necessary material, after around two takes. I would like to say that I improvised a lot, which is probably not true. I felt very supported, though. Jon is really hands on. He didn’t direct the episodes, but he was extremely participatory. He has a very clear vision for what he wants, like the arc of the show and how different characters strike different notes.

Adsit: As far as improvising, there’s a point where we get what is in the script, so it’s like “let’s see what else we can do now just because we’re in a good mood.” That would generally happen after the second or third take. And, actually, if I remember Stephanie you had a few things that were all yours that I’m sure stayed in.

March: A lot of the time what we ended up doing –thank you, Scott, for that–there were times where Jon was making fun of me because I do a lot of face acting. Like, my character’s primary function is rolling my eyes at Jon. And we would cut all the lines and essentially do face only takes. And those always turned out to be the better and more appropriate takes. It’s very rarely you have an actor asking to cut all the lines.

Would you say Adult Swim’s brand of comedy is sneaking its way a little more into the mainstream, or is it always going to have that late-night niche?

Adsit: Well, it’s hard to tell what is even mainstream anymore, because there’s so many platforms now. And they’re all topics of conversation. If we say ‘mainstream’ is commercial potential, I think the older Adult Swim gets the more mainstream it will become. Because it will be what these new adults grew up with. Adult Swim is their orientation for what is comedy, and what is edgy, and what is entertainment.

March: I haven’t been doing this long, but I can say this; I own this make-up salon, and a lot of people who work there are artists in their mid to late twenties. And I have to explain sometimes to my own contemporaries ‘Oh, my show is on Adult Swim.’ And they have no idea. But all of the people working in this nail salon, they know. They know exactly what Adult Swim is. 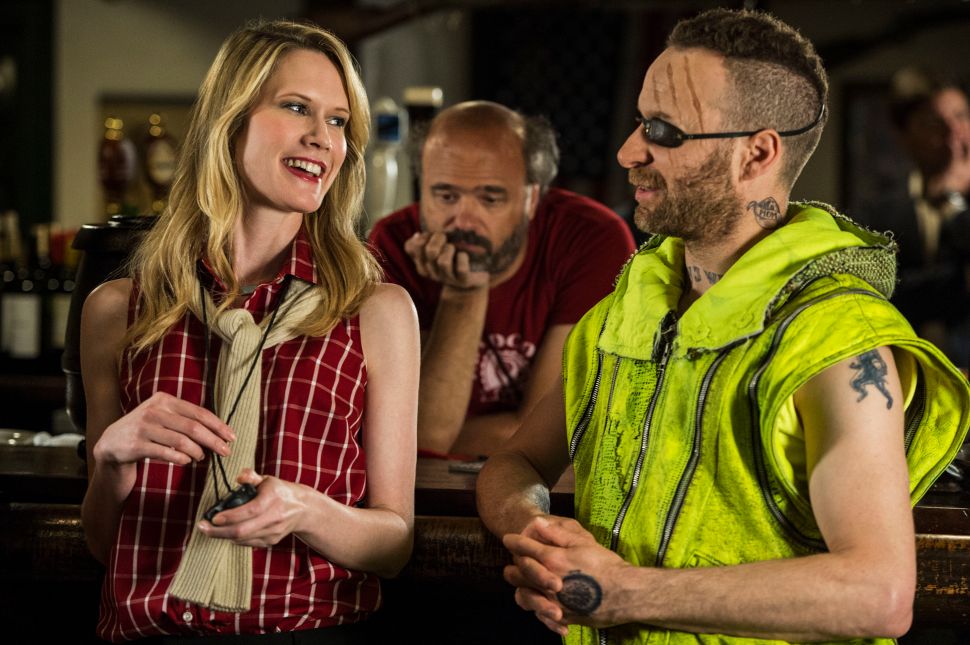