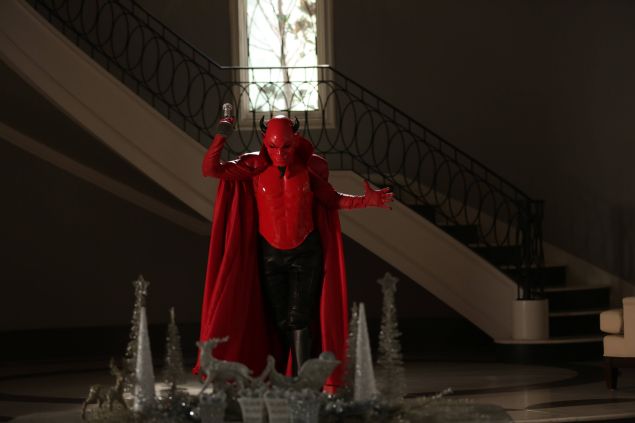 We learn who THIS GUY is in the Scream Queens season one finale. (photo: Patti Perret/FOX)

I’m going to be honest: I have a lot of questions. Why, I wonder, did Ryan Murphy save the best two episodes for last—for when I was so, so excited for the show to end? The finale was everything the show promised: a little blood, a little humor, and a lot of campiness. The ending was surprisingly satisfying, and it also showcased some of the best acting in the series. Sure, it was a little disjointed and over the top—but so was the entire series!

So, who is the Red Devil killer? It’s Hester, of course. But the build up was exciting and fresh, and the explanation remained interesting, even over the course of two hours.

The first part of the two–episode series finale kicks off with a very, very lengthy explanation by Pete. Having cornered Grace in his room, he explains that Pete caught Boone a long time ago. However, once Boone explained his mission, Pete realized that he and Boone had similar goals: to rid the school of Kappa and its terrible influence. So, the two paired up, committing the physical murderers themselves.  However, Pete’s murders were not motivated by the death of his mother, they were fueled by a desire to get back at Kappa—and one sister in particular: Chanel.

After Chanel rejected Pete sexually the previous year, Pete swore he would get revenge. As in, he just wants to kill Chanel. For rejecting him. Sexually. Oh boy. I’m pretty sure he even complains about his damaged masculinity. It’s like the writers of Scream Queens all sat down and were like, “you know what’s a great motive for murder? Lack of consent.” And then all of the other writers grunted and banged the table in agreement.

At least Grace partially shoots Pete down after he quotes Nietzsche to defend his murders, saying, “You’re already a murderer Pete, you don’t have to be a douche as well.” So, you can imagine my joy when Pete is killed by the Red Devil. I was less pleased, however, at the fact that he was murdered right before he reveals who the other baby in the tub was. He does tell Grace that is is a KKT sister, though. He also mentions that he was the one who killed Boone—he wanted to put a stop to the murderers. Pretty sure those are his last words before he gets stabbed to death. Good riddance, you crazy eyed misogynist!

Meanwhile, Chanel lands herself in some hot water after sending out an abusive letter to her Kappa sisters, which is forwarded to everyone in her contacts (by the Red Devil, of course). In an attempt to clear her name, Chanel sets out to apologize all those she’s wronged—beginning with Melanie Dorkus, the former Kappa president who was burned with acid during a freak spray–tan accident. However, Chanel’s apology turns into attempted murder when she tries to kill Melanie, suspicious of her activity in the murders. Just as Chanel’s scissors (yes, she tries to kill her with scissors) almost find their target, Zayday and Grace burst in, announcing that the killer is Hester.

And while Grace and Zayday stumbled onto the right killer (they used the Dean’s computer to look at everyone’s files—Hester’s information was completely falsified), they’re not convinced for long.

Turns out, Hester is something of a Keyser Soze. All except for the quality of the thrill (and the heist). Hester and Boone were raised to kill by Gigi, with Hester emerging as the brains of the operation. Although she only commits one actual murder (Pete), she coordinates almost all of the other ones. And, most importantly, she successfully frames all three Chanels for the Red Devil murders.

And where do we leave off? Zayday, Grace, and Hester open up KKT to all new pledges. Wes and the Dean end up together, in one of the most disturbing sex scenes of all time. The Chanels are sentenced to life in an asylum, where they thrive. And Ryan Murphy is left to decide whether the Red Devil costume should make an appearance in AHS before the show completes its run. Your move, Murphy. 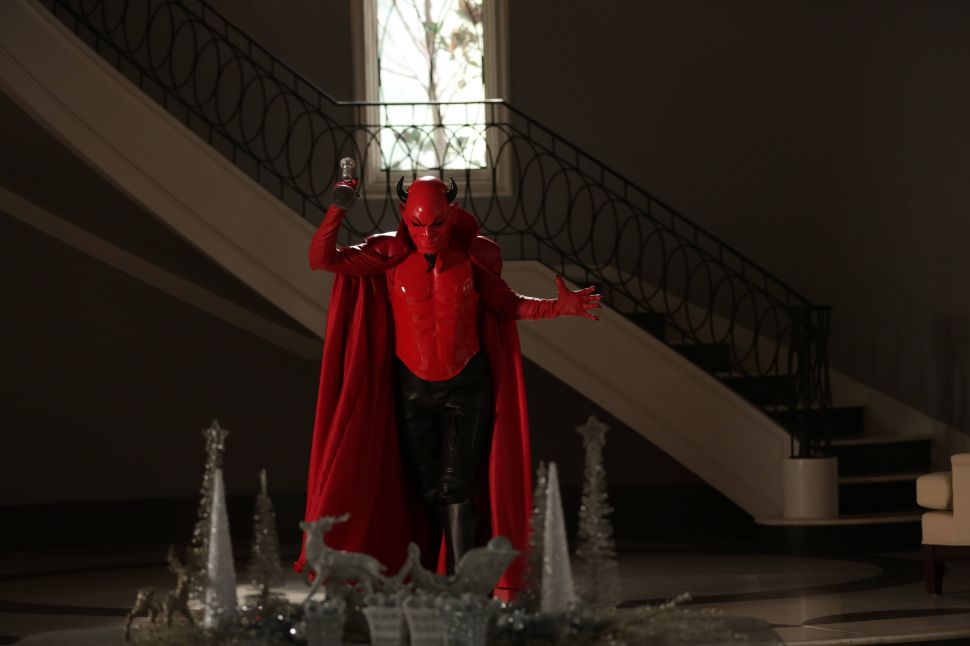