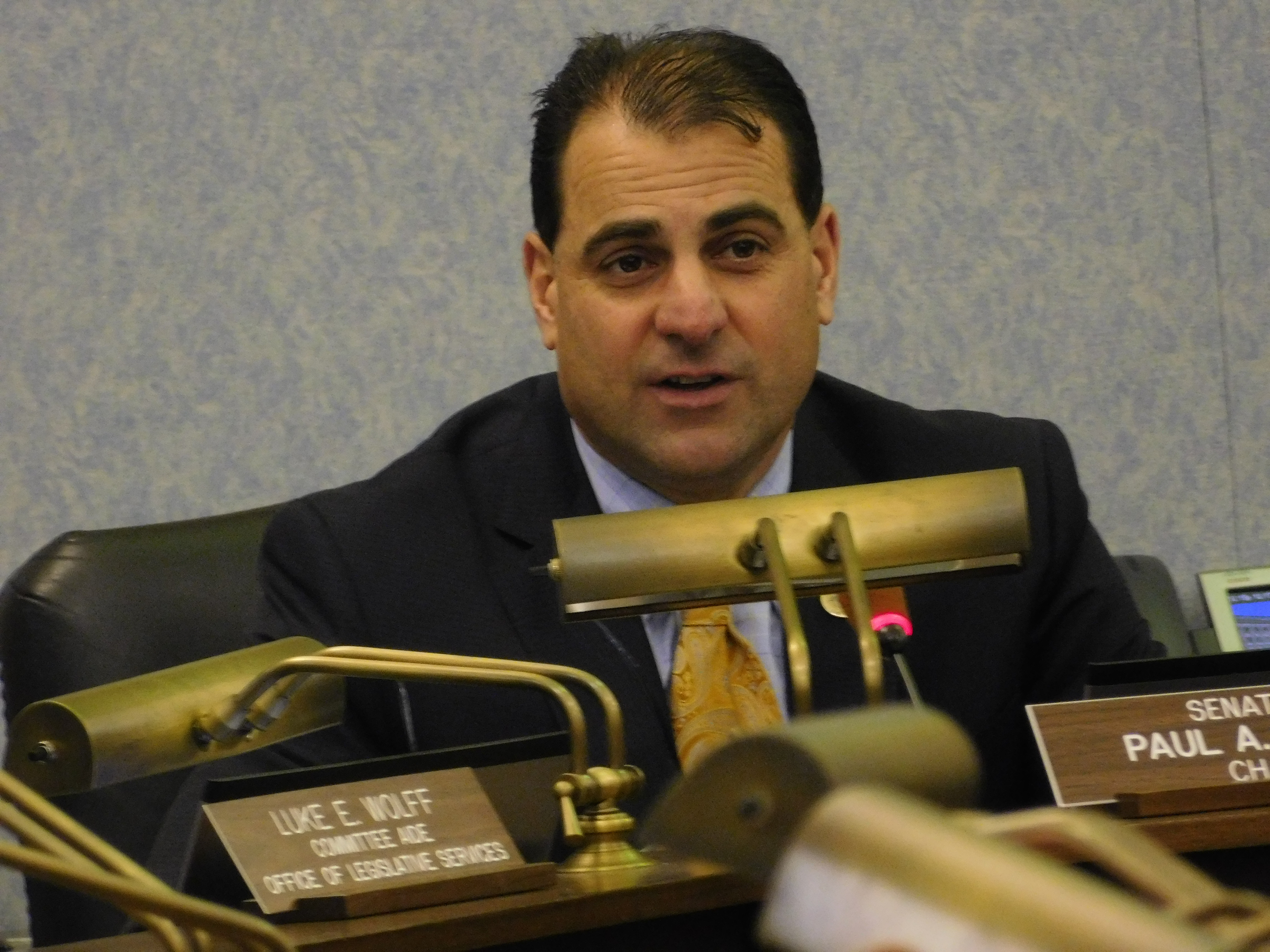 Sen. Paul Sarlo was one of the co-sponsors along with Senate President Steve Sweeney.

TRENTON – The Senate Budget and Appropriations Committee voted Thursday to release the Senate version of the constitutional amendment that would bring casinos to northern New Jersey.

The measure (SCR185) was released from the committee in a decisive vote, with senators on both sides of the aisle applauding Senate President Steve Sweeney (D-3) and committee chair Senator Paul Sarlo (D-36) for his leadership on the issue.

The amendment would allow for casinos outside of New Jersey’s long-time gambling enclave of Atlantic City. According to South Jersey-native Sweeney—who spoke at the committee hearing—the removal of Atlantic City’s monopoly on gaming is a vital one to help the state thrive, especially as casinos continue to crop up in New York and Pennsylvania along New Jersey’s borders.

“For 35 years Atlantic City has been an important part of New Jersey’s economy supporting thousands of jobs,” Sweeney said. “The gaming industry has changed. Casinos have closed. Jobs have been lost. We have to compete with others and maintain New Jersey’s casino sector. The gaming sector has changed too much, the competition has been too much, and the challenges to AC too many.”

The amendment proposes to dedicate some of the revenue from the casinos proposed in the north to populations like seniors and the disabled. Previously, funding for programs in those communities has come from Atlantic City but, with a number of casinos shuttering in the seaside town in 2014, the revenue is not what it once was. Additionally, some of the funds will help Atlantic City as it moves toward more diversified tourism.

“Not one penny will go to Atlantic City’s government,” Sweeney said. “Atlantic City has squandered too many opportunities. Any money that becomes available will be to rebuild and reimagine Atlantic City.”

Sarlo, the bill’s co-sponsor along with the Senate President, hails from one of the proposed areas for a north Jersey casino: Bergen County.

“As long as we make our general fund whole and create economic growth in the state as a whole we are doing well for the state of New Jersey,” said Sarlo, mentioning an estimated $7 billion investment in the state if the new casinos were approved. “We are trying to create a balance here. What is good for Bergen County will be good for Atlantic City and what is good for Atlantic City will be good for Bergen County. We need to be mindful of that.”

Though the bill was sponsored by Democrats, the vote had notable bipartisan support during the committee hearing. Senators Steven Oroho (R-24), Anthony Bucco (R-25) and Kevin O’Toole (R-40) all voted in favor of the amendment. According to O’Toole, his support comes out of a “need to do something” to bolster economic growth in the state.

“This is about creating opportunity and keeping the tourist industry alive in the state of New Jersey,” O’Toole said. “If we do nothing, Atlantic City dies.”

Not all on the committee were supportive, however. Senator Jeff Van Drew (D-1) voted ‘no’ on the legislation. He said that the impact on his region would result in more job loss, not growth.

“We have lost thousands of jobs. So the question is: will this help?” Van Drew said. “I am concerned and I am worried that—as many casino operators have told me in the past—we will cannibalize Atlantic City. That I can guarantee.”

The amendment also has impacts on another New Jersey industry: horse racing and breeding. According to the senators that moved the amendment today, strengthening the horse racing industry will provide increased revenue and opportunity for horse breeding and open space preservation in the more rural regions of the state further driving economic growth. The senators also claim that, since horse racing will be expanded, the potential for job growth in that sector exists.

With the Assembly version also having passed on Thursday, the release of the amendment by the senate means that either the two bills will be reconciled and the committees in both houses will reconvene to vote on the reconciled version or, if no reconciliation is made, one of the bills will be selected to move to a vote in January.

As of now, two casinos are being considered. They will likely be built in Bergen County and Jersey City.