Calling the gas tax “one of the most regressive” and a burden on working families, Beck criticized Assembly Democrats’ efforts to effect the tax through constitutional channels and effectively bypass Republican governor Chris Christie.

“They are all important issues, but we’re elected to have that debate,” she said.  “And the governor’s office and executive branch have a role and sort of negotiating and being part of that debate. And to simply avoid a conversation you don’t like by simply going around the person isn’t the way that our state is really set up.”

The Senate Republicans’ alternative would focus on raising fines for texting while driving and on merging transportation agencies, measures that they say would contribute to lower costs.

Of all the budget issues the two discussed, Sweeney’s proposal for an amendment bringing two new casinos to North Jersey drew the strongest reactions. The proposal would funnel 49% of the new casinos’ revenue back to Atlantic City to aid the former gaming capitol’s recovery efforts, a provision that may have helped sway South Jersey holdouts into lending their support.

“49% to Atlantic City will never be supported by Monmouth County and Ocean County and probably a lot of the state,” said Beck of the plan. “That’s a new source of revenue at a time when you’re looking at budgets that are quite tight. To dedicate half of the money to Atlantic City seems like a grab, a money grab.”

Beck said she had her doubts that a saturated gaming market and an abundance of ot-of-state competition would prevent North Jersey from replicating the success that state like New York and Pennsylvania have seen with new casinos in the past decade.

“We took so long to get into the game in terms of the expansion of gaming,” she said. “The one in Bethlehem, PA, The Sands, is very successful. I mean, Ed Rendell, when he was running things, established fourteen new casinos and generated a billion new dollars for his state on our backs,” she said of the former Pennsylvania governor.

For his part, Doherty questioned New Jersey’s outsized spending on transportation infrastructure, saying that he has not found a satisfactory explanation as to why the state pays more than ten times what similarly populous states like Massachusetts pay to fix their roads, bridges and highways. 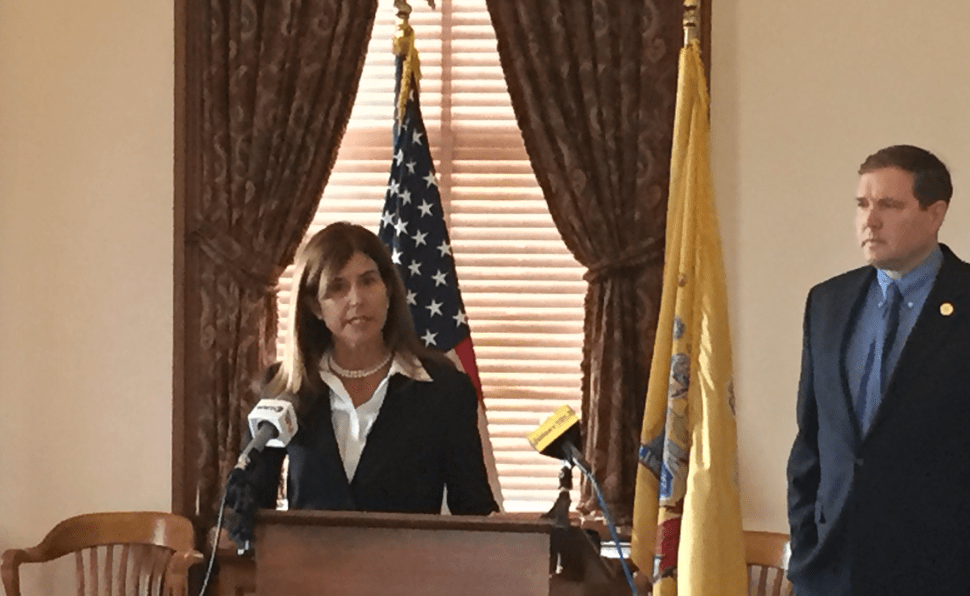