New Jersey and the nation are facing a series of difficult issues, from enhanced racial tensions to crumbling infrastructure to deep divides over foreign policy. Unfortunately, the response to many of these problems has been to ramp up the over-the-top partisan rhetoric. This only serves to further widen the gulf between right and left, which is clearly exacerbated by the presidential primary discussions. That is why it is so refreshing to see New Jersey’s own Senator, Cory Booker, rise above the politics of polarization, and work in a bipartisan fashion to try and solve big problems plaguing the country.

Senator Booker has only been in office for two years, but he has already shown a knack for exceptional leadership. His ability to communicate in tones that speak to broad audiences and to bring issues of importance to the forefront of public attention has quickly made him one of the United States Senate’s most effectual members. Time and again, he has proven that Washington does not have to be synonymous with gridlock.

The last two months have served as a prime example of just how impactful Senator Booker has become. In October, he announced along with several of his colleagues new legislation that would reduce mandatory minimum prison sentences for nonviolent offenders. This legislation complimented one he introduced earlier in the year called the REDEEM Act, which would keep teenagers under 18 out of adult courts and help seal the criminal records of young adults and adults convicted on nonviolent crime.

These bill goes to the heart of an issue the Senator has been advocating on for years: reforming our criminal justice system. He has been one of the country’s most vocal proponents for changing how we treat those convicted of minor drug and other nonviolent offenses so that we do not permanently ruin people’s lives for making a mistake.

What was most remarkable about the announcement of this legislation, however, was the bipartisan nature of the Senators who have sponsored it. In addition to several Democrats, Senator Booker was joined by Republicans such as Senator Chuck Grassley of Iowa and Mike Lee of Utah. He cosponsored the REDEEM Act with Republican Senator Rand Paul of Kentucky.

This is not mere coincidence. Senator Booker makes a point of reaching across the aisle to find areas of common ground with his Republican colleagues. He has been a proponent of Washington’s need to get past partisan rhetoric and engage in meaningful dialogue to promote common sense politics. This is evident in issues of national importance and those important to the region he represents.

Last month, Senator Booker, along with Senator Schumer of New York and Governors Christie and Cuomo, announced an agreement between both states and the federal government for the funding and governance structure of the Gateway Tunnel. This incredibly important trans-Hudson tunnel will not only help stave off potential disaster if one of the current tunnels has to be shut down, but will also create thousands of jobs and drive and spur economic growth. And it could not have happened if Senator Booker had not relentlessly pursued all parties, identified governance options acceptable to all, and rallied both Republicans and Democrats alike on a national transportation bill.

I worked for two United States Senators and can tell you the institution, although filled with opportunity, can be daunting and intimidating. Yet Senator Booker has approached his job with a refreshing approach that is focused on outcomes. It is refreshing indeed and New Jersey should be quite proud of our junior United States Senator.

Maggie Moran is Managing Partner at Kivvit, a leading public affairs and communications firm whose New Jersey office is located in Asbury Park. 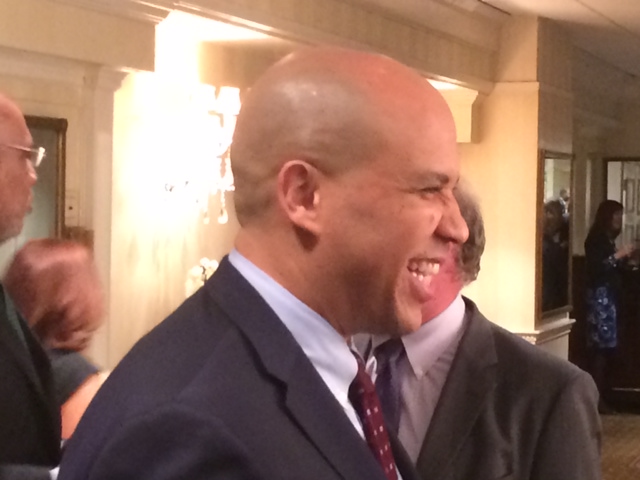