The new season of the hit podcast phenomenon Serial was released last week and immediately became the No. 1 podcast on iTunes; episodes 1, 12, 2 and 3 from last season were also on the list, meaning the show accounted for half the spots in the Top 10 and this morning, fans around the world have been downloading episode No. 2. This season’s year-long reporting tour de force chronicles the strange story of Bowe Bergdahl, the US Army soldier who either wandered away intentionally from his unit or was captured and who was later traded for five Taliban members by President Obama.

Reviewers have made a point of noting how different this season of Serial is from its first season. USA Today‘s recapper wrote that apart from the “plinking theme music, a somber voice over a telephone, [and] Sarah Koenig’s cheerfully brisk narration,” there were no other “similarities” between the two seasons.

Maybe. But this makes Serial two for two in plots that feature an American Muslim—or an American who seems to have been attracted to Muslim beliefs—getting the shaft from the dominant white culture in America. That’s a meaningful similarity. And it’s a theme that clearly resonates with the National Public Radio audience among whom the podcast has become an unprecedented sensation.

And now, the Observer has learned, there’s another interesting twist to this two-for-two narrative: Joshua Schreier, the brother-in-law of Serial‘s creator and leader Sarah Koenig, is the preeminent Jewish proponent of the anti-Israel Boycott Divest Sanction (BDS) movement.

Mr. Schreier is a professor at Vassar and until May 2014 headed that elite university’s Jewish studies program. When he came out as a supporter of BDS, it was a major propaganda coup for those trying to marginalize Israel by banning its academics from participating in international conferences.

Joshua Schreier is the older brother of Ben Schreier, who is married to Sarah Koenig. Ben Schreier is in the family business, as well—he too is a well-regarded professor of Jewish studies, at Penn State.

Joshua Schreier is a leader of the Jewish Studies program at Vassar, which in itself is interesting because the Poughkeepsie university has become a hotbed of anti-Israel agitation. Last spring, a course that involved travel to Israel and the West Bank was subject to intimidating protests outside the classroom. According to legal scholar William A. Jacobson, “Professors and Jewish students were belittled, heckled and mocked in such crude ways that it left even critics of Israel shaken.” At the time, Vassar was one of only two schools in the country whose Hillel Jewish Student group was “open,” meaning that it declined to abide Hillel’s official policy of not hosting anti-Israel groups.

Around the time of that incident, 39 Vassar faculty including Mr. Schreier signed a letter saying, “We cannot afford to be passive about the considerable violence and brutality that the Israeli state has inflicted and continues to inflict upon the Palestinian people and other minoritized populations, particularly as the United States financially, militarily and diplomatically supports the Israeli state, and thereby contributes to the ongoing occupation.”

Mr. Schreier ought not be dismissed as a garden-variety Israel hater. The fact that he has headed a Jewish Studies program automatically separates him from the reflexive “fight the power” simpletonism of many on the anti-Israel academic left, who side with the perceived “oppressed” as a matter of DNA. But Mr. Schreier is not just the head of the Jewish Studies program—he’s a committed Jew with pretty deep yikhes and a passion for the kind of ritual observance that many Jewish BDS’ers eschew. And he’s also a nuanced thinker more than a bomb thrower, and funny. So it’s complicated.

Mr. Schreier told the Observer in an email, “I DO [emphasis Mr. Schreier], by and large, support BDS. I think it is probably the most effective, non-violent method of pressuring the government to end the occupation and reverse discriminatory laws. I am not ‘anti-Israel,’ my support of BDS is rooted in a belief in democracy, equal rights and my abhorrence of racism.”

At the same time, Mr. Schreier told the Observer, “I DO NOT support boycotting Israeli academics,” which to many is a less strident step than the wider BDS movement that he does support. And even the all-caps “DO NOT” is suspect because he was quoted in the campus newspaper as “currently leaning in favor of it” after having originally been “instinctively against” a boycott.

Another complex layer involves a class syllabus Mr. Schreier wrote in 2008 for his class “History 214: The Roots of the Palestine-Israel Conflict.” Reflecting his habit of emphasizing with capital letters (an adorable trait that I share and strongly ENDORSE) the then-untenured instructor wrote: “This course is NOT designed to present ‘an objective’ account of a ‘two-sided’ conflict. The fact that there are supposedly two sides does not obligate us to portray each as equally right and/or equally wrong. The goal, rather, is to understand why the conflict arose, and what sorts of power inequalities have made it continue.” It goes on and on but one needn’t turn to Philip Weiss to help figure out which side Mr. Schreier thinks is “right.”

Israel advocates have been whacking the professor with this ever since but Mr. Schreier told the Observer his words were misunderstood.

“My much-maligned syllabus introduction…was meant to challenge the idea that there were only ‘two sides’ of the conflict—as if all Jews agree with each other, and all Palestinians agree. I also wanted to emphasize how Great Britain, the U.S., the Arab world, the Soviet Union, and others have had important roles shaping the origins of the conflict as well. My point is that the conflict is NOT like a Red Sox-Yankees game.”

The fact that Mr. Schreier is an observant Jew is also unusual for this crowd. The assumption among Jews who follow this stuff obsessively (a lot of us…) is that the more observantly Jewish one is, the less likely one is to be pro-BDS. I told Mr. Schreier, while conceding that he’d know more about this than I do, that among Jews who favor BDS, I’d guess 90-plus percent are reform or non-practicing; among conservative and orthodox, I bet 90-plus percent oppose BDS.

Mr. Schreier agreed with that premise and painted a picture of himself that would land him somewhere near “conservadox.” He told the Observer, “While I am not shomer shabbos, and we don’t keep a kosher kitchen, we don’t eat pork, shellfish, or milk and meat together. I attend synagogue most Saturdays, and my kids go (or went, before my daughter’s bas mitzvah) to Hebrew School. On Fridays we say kiddush, blessings over the children, make challah, etc. My kids would eye-rollingly confirm the frequency of household conversations about Jews, Israel, Judaism, etc. We also have several genuinely frum people in our social circle, so I would guess the kids probably know about more minhagim or mitzvos than they themselves observe.”

(I discovered in the course of reporting this story that Mr. Schreier and I attended the University of Chicago at the same time; we did not know each other but both dated the same girl, a rabbi’s daughter who took us on dates to Hillel for services.)

That level of Jewish observance gives Mr. Schreier’s anti-Israel activism street cred that’s harder to come by for those more easily dismissed as self-hating Jews. He even cures his own corned beef, telling the Observer, “How’s that for Jewish commitment? Eric Fingerhut doesn’t have shit on me.” (Mr. Fingerhut is the president and CEO of Hillel.)

Asked about how both he and his brother wound up as Jewish Studies professors, Mr. Schreier couldn’t even speculate. “I’ve thought about it, but ultimately, who knows? Even if I had a theory, which I don’t, it would just be a narrative slapped on after the fact. For what it’s worth, I don’t think it was ‘obvious’ or predetermined from a young age, though.” Ben Schreier is less radical and far less political at Penn State than is his big brother at Vassar.

There is no reason to suspect that Sarah Koenig herself or even Ben Schreier are sympathetic to the BDS movement that the majority of Jews consider anti-Israel and which many consider anti-Semitic as well. (Ben Schreier declined to be interviewed by the Observer and did not answer emailed questions.)

Perhaps her decision to cover stories that reflect on the place of Islam in American society is simply based on the assumption that it’ll make great radio. And it has. A Jewish radio host who is the wife and sister-in-law of two Jewish Studies professors covering a Muslim man accused of murder and an Army soldier whose father famously grew a long beard and spoke Pashto alongside President Obama at the White House press conference. That itself is interesting. I’m on record on my belief that the first season of Serial was a journalistic masterpiece, though I suspect I have a very different view of Adnan’s guilt then does Ms. Koenig. But like the subjects she covers, the family ties render Ms. Koenig’s own story a layered and fascinating tale. 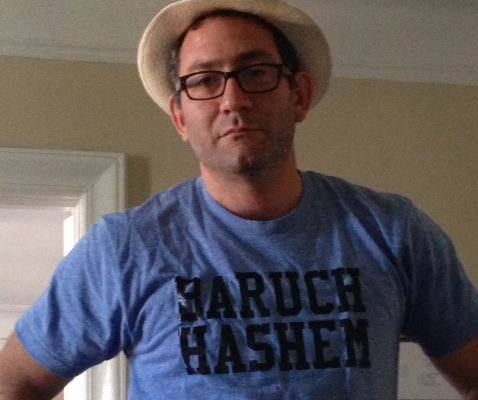