“War is too important to be left to the podcasters.”—Gen. Jack D. Ripper, Dr. Strangelove (paraphrased)

NPR journalist Sarah Koenig’s unlikely cultural phenomenon has its problems, but laziness in the advancement of its narrative is not one of them. How else could you characterize a show that spells out all of its major problems in a single sentence early in its Season Two premiere? Describing her production partner, Zero Dark Thirty screenwriter Mark Boal, and his discursive 25-hour taped conversation with infamous POW/deserter/whistleblower/traitor/fill-in-the-blank Bowe Bergdahl, Koenig says, “Mark isn’t so much after the facts of what happened, though he wants those too, but more, he’s after the why of what happened—trying to get inside Bowe’s head, to understand how Bowe sees the world.” The reliance on an entertainer of dubious reputation to acquire reportorial truth; the elevation of unknowables like intent over tangible, verifiable, old-fashioned who what when and where; the conviction that a self-described Jason Bourne wannabe has valuable, if not unimpeachable, insight into both his actions and the environment that produced them—the immensely popular podcast’s trifecta of fatal flaws are all right there. The message is as unmistakable as it is unintentional: Question the clarity of Serial’s storytelling at your peril, people.

Indeed, Serial is way more up-front about its faults than the previous work of its co-producer, editorial partner, and primary interviewer this season. Purporting to tell the behind-the-scenes story of the raid that killed Osama Bin Laden, Zero Dark Thirty earned five Oscar nominations and a box-office take north of $132 million. It also advanced the since-debunked idea that torture, however loathsome the film and some of its characters may have found it, helped produce the intel that led to the world’s most wanted man. Decried at the time on both political and artistic grounds, this element of the movie seems likely to have resulted from an exceedingly cozy relationship between Boal, director Kathryn Bigelow, and the CIA that, for a journalist like Koenig, should raise more red flags than a Moscow May Day parade. That Boal is involved in the podcast at all, let alone on such a fundamental level, calls its value into question.

Not that there is necessarily much value there to begin with. Serial’s first season became a nationwide addiction through its innovative approach to its central story: the murder of Baltimore teenager Hae Min Lee by, according to the legal system anyway, her ex-boyfriend Adnan Syed. Koenig and her collaborators first established the just-the-facts version of the killing, then worked their way outward, shifting backwards and forwards through the timeline, focusing on different witnesses and officials and experts and friends and family members and suspects (including Syed himself), frequently zooming in on an almost maddeningly micro level of detail in its attempt to uncover the truth. But over the course of the season, that truth never seemed to come any closer. Koenig could have leaned on the conflicting but definitive data sets available to her: the prosecution’s case, still considered solid by many observers, or the holes in it, which multiple experts told her were sufficient to raise serious, even disqualifying questions about Syed’s prosecution, representation, and conviction, if not establish his innocence outright. Alternately, she could have produced a meta-examination of the journalistic process itself, dissecting the inability of even the best reporter to align the available evidence in a path that led to a satisfactory conclusion.

Instead, Koenig spent seemingly endless minutes journeying inward, examining whether or not she believed Syed to be a sociopath or describing the ping-pong-like frequency of her reversals of belief in his guilt or innocence. That these are questions of zero probative value to the case itself is obvious. That they are also meaningless as journalism, even as the entertainment-journalism hybrid that is the Serial podcast, bears additional emphasis. Awareness of her uncertainty should either have caused Koenig to slam the brakes on the entire enterprise or sent her scrambling back to firmer ground, from the prosecution’s case to the challenges made to it by experts and investigators to the first-hand testimony of Syed and how it squared with both—to evidence, in other words. Instead, she presented her uncertainty as evidence, her doubt as proof of the case’s complexity. It’s good to know, I guess, that Sarah Koenig wasn’t sure how she felt. It would have made an interesting tidbit in an interview someplace. But its presence in the podcast itself is wholly inert. She got lost in “the why of what happened” instead of “the facts of what happened,” and the work suffered for it. It’s doubtful that the affair of Bowe Bergdahl, which has bedeviled an entire government—and which she ominously-slash-hilariously compares to a children’s picture book about the dazzling effects of perspective—will lead to a sounder outcome.

Syed’s direct role in sowing Koenig’s difficulties is, finally, instructive for this second season as well. Koenig and Boal are keenly interested in getting Bergdahl’s point of view on his abrupt departure from his remote outpost in Afghanistan; most of the episode is spent on Bergdahl straight-up telling that story. Here’s the thing, though: His story is very dumb. To hear Bergdahl tell it, he was so concerned with the dangerously poor leadership provided for his unit that he decided to draw attention to it by running away from his post, traveling on foot to a larger American base a day’s journey away. The swift and massive response of the armed forces to any reports of missing soldiers would provide him with exactly the spotlight required to expose conditions on the ground. This is, presumably, the most positive read on his reasoning out there, since it’s Bergdahl himself doing the reading.

Yet it’s still ridiculous, even if you believe every word. Bergdahl also says that his desire to prove himself to be a real-life action hero helped him settle on this course of action—he compares himself to Jason Bourne, he took along a newspaper clipping about a record-setting solo-sailing feat of endurance in his meticulously selected pack of supplies, he changes course mid-route in order to attempt the Rambo-like feat of catching an enemy booby-trapper in the act as proof of his loyalty to the US of A and as a shield against the criminal charges certain to follow his abandonment of his post. In other words, even viewed through the most favorable lens imaginable, he’s just some young doofus hopped up on lone-American-hero imagery and driven stir crazy enough by a shitty detail to try to become one himself.

The point is that reasoning and reason are two very different things. Boal and Koenig can crawl as deep into Bergdahl’s head as they like, but all they’re gonna find there is this possibly well-intentioned but certainly half-assed, borderline-delusional Joseph Campbell hero’s-journey bullshit. They won’t find the decade of disastrous political decisions that put Bergdahl in this position in the first place—the war-on-terror dogma that Koenig overlooks when she describes the American soldiers’ hatred of the outpost without contrasting it with the lives of the locals whom this outpost was designed to oversee; when she takes gruesome delight in recounting the gnarly specifics of their waste-management routine, as if a plumbing problem everyone from the rural poor to hikers has faced is a unique horror of American experience; when she passes over the soldiers’ description of a store run by area merchants as “the hajji shop” without noting that this is a racial slur. Nor will “understand[ing] how Bowe sees the world” help them understand how it’s seen by a system that wants to throw him in prison for the rest of his life for this dopey offense, or by the crowds who cheer craven chickenhawks calling for his execution. You might as well try to suss out John Hinckley Jr.’s attempted assassination of Ronald Reagan by calling Jodie Foster to see whether or not she was impressed.

Serial season two has a long way to go. It may well address all these issues in a more productive way. But given the trajectory of Season One—a crescendo of wrong-question-asking and half-answer-offering—I’m not optimistic. Will the nation’s most popular podcast once again spend its time barking up the wrong trees, while the forest burns around them? 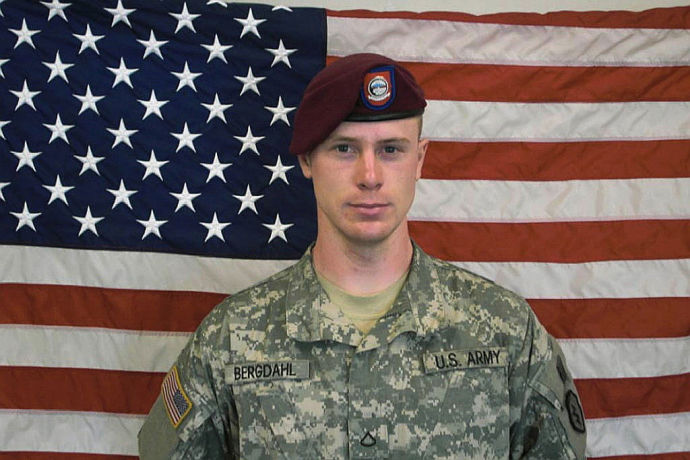