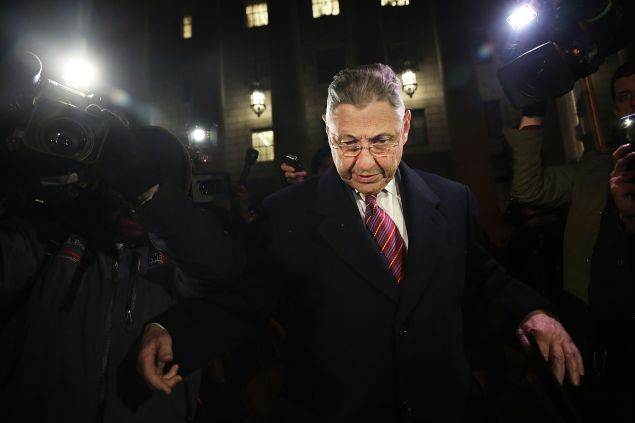 Sheldon Silver, the former Assembly speaker, may have reigned over the Lower East Side for decades, but his stunning conviction on corruption charges sent shockwaves far beyond his sliver of the borough.

The 2016 legislative session in Albany will be the first without Mr. Silver since 1976, when he was a cherubic attorney recovering from a failed City Council bid a few years earlier. 2016 will also mark the first time in a half century Congressman Charles Rangel’s name will not appear on a ballot, counting the time he served as an assemblyman in the late 1960s.

Mr. Silver and Mr. Rangel did not travel in the same circles. One was a Washington mandarin and political socialite; another was an Albany sphinx. But according to observers, Mr. Silver’s downfall could color the chaotic race to replace Mr. Rangel, where a large chunk of the more than dozen declared candidates are or used to be state legislators. Four of them—Assemblyman Keith Wright, State Senator Adriano Espaillat, Assemblyman Guillermo Linares and former Assemblyman Adam Clayton Powell IV—served dutifully under Mr. Silver, even as questions about the former speaker’s ethical conduct swirled and good government groups decried the dictatorial power he wielded in the lower chamber for so many years.

How much Mr. Silver’s conviction will ultimately impact a Democratic primary set for next June is not immediately clear. Campaign aides point out there will be many other issues on voters’ minds, including jobs, education and rising use of K-2 in East Harlem. Mr. Rangel, 85, has not anointed a successor, and whomever he chooses may overcome all the Albany muck in the world.

Jaded voters are sick of the corruption headlines, though.

“Corruption is going to be a big theme in both the state and federal elections in New York. There’s no question about it,” said a Harlem strategist who worked on past campaigns in the upper Manhattan and Bronx-based district. “You have a lot of Albany folks running. If there’s a fresh candidate who gets some traction and buzz, you can effectively prosecute that argument of corruption—it could be enormously effective.”

Clark Peña, a Harlem community activist, said the corruption headlines were making potential voters less and less interested in local politics. Turnout in the 13th Congressional District actually increased from 2012 to 2014, but Mr. Peña predicted the trend would reverse.

“People are so disenchanted by the political process. I see it all the time,” he said. “It’s as simple as standing out on a street corner, giving out fliers. I conduct my own poll: How many people take my papers? People walk by, shake their heads. I see it as these races come and go, people are less and less willing to take literature.”

Of all the candidates running, Mr. Wright, the chairman of the Assembly’s influential housing committee and the waning Manhattan Democratic Party, may have the most to lose from Mr. Silver’s downfall. As fellow Manhattanites and veteran lawmakers, the two Democrats naturally worked together, even if Mr. Wright was never known as one of Mr. Silver’s top lieutenants. 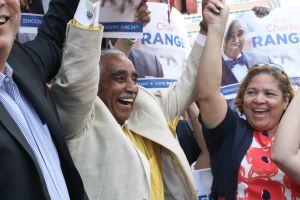 Most glaringly, and at the behest of Mr. Silver, the Harlem Democrat carried a 2013 housing bill providing tax breaks to five select developers. Mr. Wright’s aides claimed he knew nothing of the tax breaks and was furious at Mr. Silver, though the Daily News reported he may have been more aware than he let on.

Glenwood Management, a leading real estate developer accused of taking part in bribery schemes in the cases of Mr. Silver and Dean Skelos, the former Republican majority leader currently on trial, funneled $45,000 through limited liability corporations to the housekeeping account of Mr. Wright’s Manhattan Democratic Party over the past four years. Glenwood was a prolific donor, giving cash to Gov. Andrew Cuomo and many state lawmakers.

Like other Democratic members of the Assembly, Mr. Wright voted with Mr. Silver almost 100 percent of the time. Bills could not come to the floor for a vote without Mr. Silver’s blessing.

Despite his heavy hand, Mr. Silver had a good rapport with many of his Democratic colleagues, and they rarely bucked him on questions of policy. In 2014, the last year Mr. Silver presided as speaker over a full session, Mr. Wright voted with Mr. Silver 99.64 percent of the time, according to an analysis by the New York Public Interest Research Group. 53 members of the Democratic conference voted the same way as Mr. Silver on more than 99 percent of the bills.

Mr. Wright was also one of the first Albany lawmakers to call on Mr. Silver to resign his post after he was arrested in January. Many of his colleagues stood up for Mr. Silver, and Mr. Wright eventually made a play for speaker himself before dropping out to support the eventual winner, Carl Heastie of the Bronx. 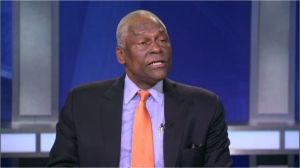 “I’m not concerned about his past associations with Shelly. Keith has always been for ethics reform up in Albany,” said Charlie King, Mr. Wright’s senior adviser. “This race is going to be won ultimately on issues such as housing, who’s tackling gun violence, who’s been leading on raising the minimum wage and Keith is by far the best.”

At least one candidate, Clyde Williams, is not letting Mr. Wright off the hook. Mr. Williams, a former congressional candidate and Democratic National Committee official who has never held elected office, said the Silver conviction was an “indictment of the entire political culture of Albany.”

“It’s no surprise that Keith Wright is getting well-deserved scrutiny for his close ties to Silver’s criminal scheme,” Mr. Williams said. “I think voters are sick and tired of elected officials who are supposed to be pursuing the people’s business, not their own.”

With the backing of the Harlem political establishment, including former Gov. David Paterson, Mr. Wright is a top contender and likely to face more barbs from outsider candidates like Mr. Williams. State Senator Adriano Espaillat, who twice tried to unseat Mr. Rangel, also endured scrutiny over his 14-year Assembly tenure when Rangel aides gleefully highlighted a vote he took with Mr. Silver that many city Democrats revile to this day: the 1999 decision to repeal the commuter tax, costing New York City nearly $10 billion in subsequent years. Mr. Espaillat called it a “terrible vote.”

Mr. Espaillat was never especially close to Mr. Silver when he served in the Assembly from 1997 through 2010. He was a loyal foot soldier, voting with Mr. Silver 99.76 percent of the time in 2009, the last session he served before launching a Senate bid in 2010.

Jacob Potent, a spokesman for Mr. Espaillat, deflected questions about the perceptions of Albany in the district and the senator’s ties to Mr. Silver, pointing to Mr. Espaillat’s repeated calls for the barring of outside income, which became a focal point of Mr. Silver’s trial.

“I have long called for a full-time legislature and public campaign financing, which are proposals long past over due in Albany,” Mr. Espaillat said in a statement. “We have to take the money and conflict of interest out of politics to restore the public’s trust in government.”

Adam Clayton Powell IV, the son of the legendary congressman Mr. Rangel dethroned in 1970, was an assemblyman from 2001 through 2010, overlapping with Mr. Espaillat and Mr. Silver. He boasted to the Observer that he was never a part of Mr. Silver’s inner circle. NYPIRG’s analysis of the 2009 legislative showed he was loyal enough, voting with Mr. Silver 98.38 percent of the time.

“I have nothing to do with Albany. Not interested in that place,” Mr. Powell said in a text message. “I always saw [Mr. Silver] as a nefarious character. Mostly dealt with his aides.”

Mr. Linares, a rival to Mr. Espaillat in upper Manhattan’s large Dominican-American community, has less of an Albany liability. A trailblazing city councilman in the 1990s, he served one Assembly term in 2012 and 2013 before returning to the State Legislature this year. His interactions with Mr. Silver were minimal.

Jerry Skurnik, a longtime Democratic consultant, said voters would probably not pick candidates based on who may have been tied to a past scandal. He pointed to a State Senate race in the Southern Tier earlier this year where a Republican candidate easily replaced Tom Libous, a Republican state senator convicted of lying to FBI agents.

“In the past, there’s not much evidence that kind of stuff made a difference in any New York elections,” he said. “I can’t recall a ‘throw the bums out’ attitude in New York at any point where people lost elections for scandals that didn’t involve them.” 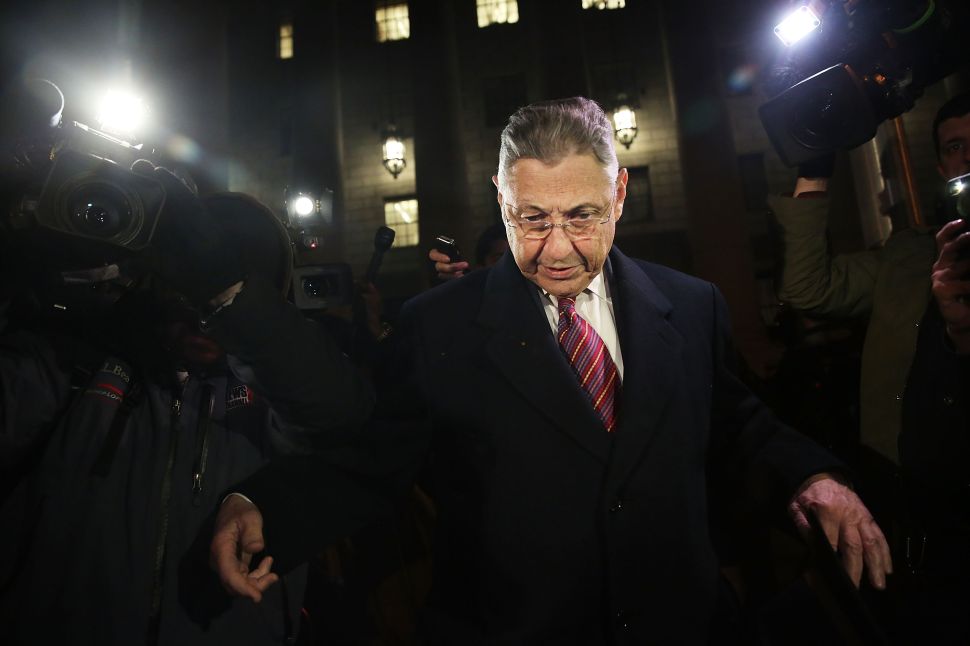