A stunning new poll by Quinnipiac suggests Bernie Sanders is the most electable candidate in either party to be the next president of the United States.

While polls often show different results, there are additional polls showing the same pattern to the relative political strength of the Democratic and Republican candidates. If the Quinnipiac poll turns out to be correct, the political implications are profound.

It is now very plausible to argue that of all of the candidates in either party for the presidential race Bernie Sanders is more electable than Hillary Clinton, Donald Trump, Ben Carson, Ted Cruz and Marco Rubio.

While this astounding possibility is contrary to the almost unanimous conventional wisdom of political pundits, there are very concrete reasons it could be true.

The answer, if this thesis turns out to be true, is actually simple. Presidents are elected in general elections, not in primaries and caucuses that choose the nominees. General elections are not decided by the pool of voters in the Democratic and Republican nominating campaigns, but by the broader poll of voters in the general election campaign where the winner is usually the candidate who can win the most votes from political independents and members of the other party in the decisive vote on Election Day on the first Tuesday in November.

It is very possible Ms. Clinton could have a strong lead among registered Democrats but because her negative ratings are high and her trust ratings are low she could have difficulty winning the votes of many political independents and Republicans, compared to Mr. Sanders. It is equally possible that for the very reasons Mr. Trump holds a strong lead among Republicans he antagonizes large numbers of independents and Democrats, compared to Mr. Sanders.

The most intriguing and important variables that explain why Mr. Sanders can now make a credible case that he is more electable than any other Democratic or Republican candidate for president are the following.

Second, Mr. Sanders embodies a pure play candidate for a progressive populist agenda that has powerful and, I would argue, majority support from American voters.

Mr. Sanders campaigns against the corruptions of money that plague American politics—in favor of major reforms of Wall Street to make our financial system more fair, for a free public college education financed by a transaction tax on Wall Street speculation, for an increase in social security benefits at a time when next year Americans will receive no cost of living increases in social security benefits, and for a Medicare-for-all health care program that would dramatically lower health care costs far more than ObamaCare or GOP plans to repeal ObamaCare without offering any credible alternative.

These positions all have strong support from voters and are offered by a candidate with a strong reputation for championing major reforms and income inequality with high levels of credibility and trust.

I have argued since 2007 that America is ready for a progressive populist revolution in the tradition of presidents such as Theodore and Franklin Roosevelt.  In 2007 and 2008, I strongly supported the election of President Obama, who promised such change, which ultimately proved illusory which is why I long ago confessed my support for Mr. Obama was not my wisest political choice.

The Quinnipiac poll, and other similar polls, provide strong data-based support for the case that progressive populism, not conservatism, is the wave of the future that Americans prefer if given the choice.

While some polls show similar results and others do not, I would propose one thought for today: in the coming Democratic debates Mr. Sanders can make a more credible case than any other Democrat or Republican running for president that he is the most electable candidate, in either party, in the 2016 campaign. 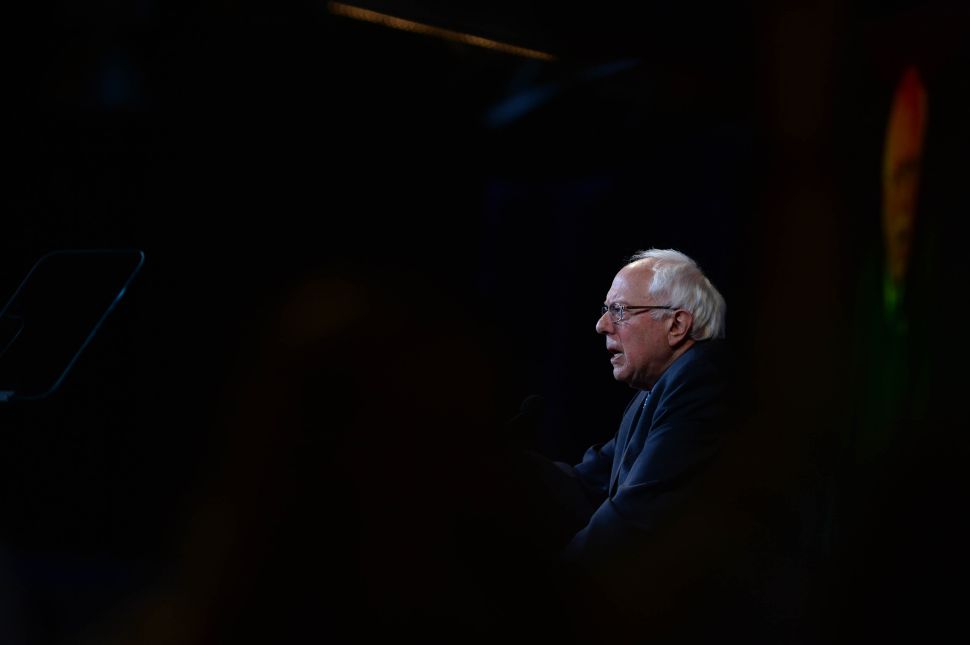