In a few days, the Observer will release the PR Power List, our annual ranking of the 50 most influential public relations firms in the country. It’s a comprehensive and thoughtful list that takes us all year to prepare and we come at the industry from every angle. But one thing we haven’t considered is a bizarre fact revealed by a stunning new document: the second-largest PR in the world is the United States government.

“THE DEPARTMENT OF SELF-PROMOTION: How Federal Agency PR Spending Advances Their Interests Rather Than The Public Interest” takes a scholarly but very readable look at federal spending on public relations during the years 2007 – 2014 and reveals some amazing examples of what the government is doing to enhance its rep, and how lavishly it’s spending to do so.

The federal government spent $4.34 billion on public relations over the last seven years. That would make the US Government the 2nd largest public relations firm in the world, based on number of PR employees, according to the list that industry bible O’Dwyers compiles. That’s second only to the PR colossus Edelman.

A deeper dig reveals some government spending outrages of the “$600 hammer” variety. For example, the Omnicom-owned firm Ketchum billed the government $88/hour ($15,298/month) for the services of an “intern.” Ketchum also bills out its ‘video content producer’ for $273.67 an hour, which comes to $569,234 a year.

Meanwhile, the firm Booz Allen Hamilton (charmingly misspelled in the report as Boos Allen) billed $91,107 a month for the ‘Executive Manager’ they deployed to look after ad contracts. He was supported by “four more positions at over $400 per hour, and six positions at over $300 per hour.”

And what are we taxpayers getting for all this cashola? Well, the Internal Revenue Service spent $17,492,410 over the last 7 years on ‘customer satisfaction surveys’ and analysis. They discovered to the amazement of everyone on earth that the agency enjoys a 90% positive rating. Bear in mind that that $17.5 million is on top of the salaries of the agency’s “more than 133 public affairs officers at a cost of $116.8 million since 2007.”

According to the report:

Over the past 7 years, the federal government has engaged in 16,249 transactions amounting to $2.02 billion, averaging between $186.3 million to $309.4 million per year in PR contracts. The federal government contracted with 2,403 individual entities for outside PR work since 2007.

This eye-popping report is the product of a government watchdog agency called OpenTheBooks.com and even its genesis is kind of interesting from a PR standpoint. It’s co-authored by the group’s chairman, Adam Andrzejewski, and Dr. Tom Coburn, the honorary chairman. Publishing entrepreneur Mr. Andrzejewski (who I had lunch with once in 2009 when he was running for the Republican nomination for governor of Illinois) started American Transparency as an extension of his long interest in government transparency. In fact, I’ve wondered if part of the reason he got smoked in that primary is because his slogan, “Every Dime Online in Real Time,” was so weird, but it did reflect his genuine and longstanding interest in the subject.

Then there’s Mr. Coburn, who was a Newt guy in 1994 but unlike many of his revolutionary peers, actually left Congress after three terms like he said he would. He later came back as a Senator but again honored his term-limit pledge by resigning, mid-term. Before he did so, he co-sponsored the Federal Funding Accountability and Transparency Act in 2006, which helped enable this report. His co-sponsor on that law was a young senator from Illinois named Barack Obama.

The report raises questions beyond the mindboggling sums. In at least a few instances, the recipients of federal largesse are surprising aside from the amounts paid. Ketchum, for example – the firm charging $88 an hour for the services of it’s intern, also served as Vladimir Putin’s long-term agency of record until he fired them this past March.

Then there’s the accusation that the State Department actually hired the Associated Press and paid the venerable journalism outfit $36,168 in 2011 to help conduct surveys in faraway lands. As the report says, “This is either a massive conflict of interest, or an accounting error.” With the way journalists have been entering careers in public relations these days, it’s getting harder to tell where news ends and spin begins. 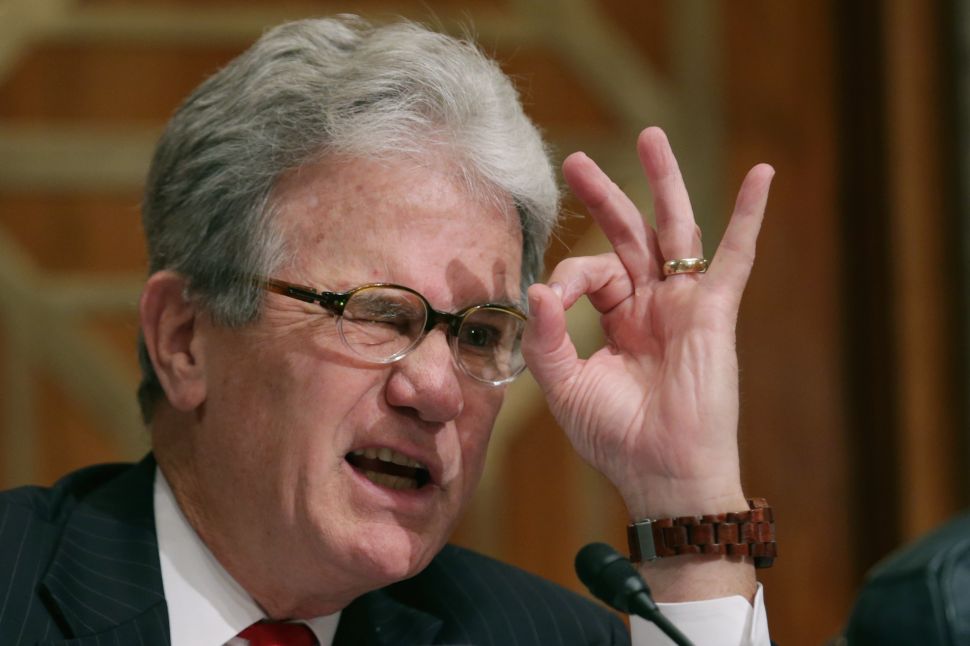