New Yorkers famously fancy themselves hard-bitten, seen-it-all-before types, but there was a time not so long ago when the arrival of a new grocery store was enough to make the entire city lose its ever-loving mind.

Who among us can forget that blessed day some 14 years back when Whole Foods at last descended upon our shores? Or the magical moment five years later when the city’s first Trader Joe’s opened its doors? Shoppers queued. Food bloggers cheered. And the streets flowed with milk from non-rBST treated cows and locally sourced small-batch honey.

But while our tendency to treat supermarket openings like the fall of the Berlin Wall doesn’t exactly redound to our credit, we can perhaps be forgiven our enthusiasm, at least a little. You see, while the rest of the country has for years now enjoyed pushing their carts around airy, well-lit palaces of food, New Yorkers were, until recently, stuck with more modest offerings from the cramped, gloomy likes of Gristedes, Food Emporium, C-Town…

Unless, that is, one happened to live on the Upper West Side, and near Broadway in the 70s, in particular. There locals were treated to a true Murderers’ Row of grocery shopping—Fairway at Broadway and 74th, Citarella at Broadway and 75th, and Zabar’s at Broadway and 80th. It was perhaps the most concentrated display of supermarket might in the city, and a notable neighborhood draw.

But what about today, when Whole Foods are proliferating like Starbucks, when FreshDirect will deliver wild chanterelles to your door, when Fairway has added a branch not only on the East Side but in Brooklyn, as well—does the Upper West Side still have the same foodie cachet?

To an extent, yes, said Doug Perlson, CEO of real estate firm RealDirect. He noted that with the addition of Trader Joe’s at Broadway and 72nd, the Fairway-Citarella-Zabar’s corridor has actually upped its game in recent years. The West Side has also added Whole Foods stores at Columbus Circle and 808 Columbus Avenue.

“If you care about shopping in those places there are still not a ton of other areas where you are going to have all those places in close proximity,” he told the Observer.

“It’s still kind of the spot, because [the stores] are all there within 10 blocks,” agreed Douglas Elliman agent Victor Barbenès. “I work a lot on the Upper East Side, Midtown, a lot downtown, too, but I don’t think there is another place in the city where you can get all of those stores within a five-minute walk from your home.”

That said, “there are lots of places to get good food now, and with FreshDirect even if you are in a fairly remote part of the city, there’s a good chance you’re still going to have pretty good [grocery] choices,” Mr. Perlson said. “So I would say there is a real possibility that [the grocery scene] is not the draw [for the UWS] that it once was.”

“In a way, it is no longer the focus, but everybody still knows these establishments and everybody still goes there, so I think they have still maintained their prestige,” said Avi Levi-Braha, an agent with Miron Properties. “My wife and I go to Zabar’s I would say every other week.”

“I think it’s still a draw,” said Elliman’s Paul Zweben, who, in addition to being a real estate broker was formerly a sous chef at the River Café and is a partner in the restaurants BLT Prime and Calle Ocho. “When we are selling stuff in the 70s, one of the things we talk about is that Fairway and Citarella are right there. It’s definitely part of our presentation, not only about the building and the apartment, but the location. All these stores are still here, and people want to live close to them.”

“When we are selling stuff in the 70s, one of the things we talk about is that Fairway and Citarella are right there. It’s definitely part of our presentation, not only about the building and the apartment, but the location. All these stores are still here, and people want to live close to them.”—Elliman broker Paul Zweben

“For a long time retailers [like Whole Foods] were reticent to go into cities because they didn’t understand how [stores] worked there as well as they might in the suburbs,” Mr. Springer told the Observer. “When [Whole Foods] reached the city, they found that people were wealthy and they liked to eat and they went for it because it was better than what was here before.”

For instance, the Upper East Side now has a Fairway of its own on 86th Street between Second and Third Avenues. Phyllis Itzkowitz, a longtime East-sider, makes regular use of this new addition, which, she told the Observer, she much prefers to the nearby Whole Foods, but she doesn’t recall having an especially strong case of Upper West Side grocery store envy in the days before these markets moved to the area.

The Upper West Side was a shopping destination “in the sense that it was a good walk across Central Park,” Ms. Itzkowitz said. “So we did it on Sundays specifically as a fun walk. I’m not sure that we went out of our way to shop there any other time.”

“Certainly we would go to Zabar’s for smoked fish and other delicacies,” she said. Although, she added, once the appetizing store Sable’s Smoked Fish opened on Second Avenue in 1989 (by a pair of former co-heads of Zabar’s appetizing department, no less), these trips became more infrequent.

In any case, Ms. Itzkowitz said, while certain of her West Side friends might have considered the neighborhood’s grocery options a point of pride, she always considered its appeal to lay elsewhere. 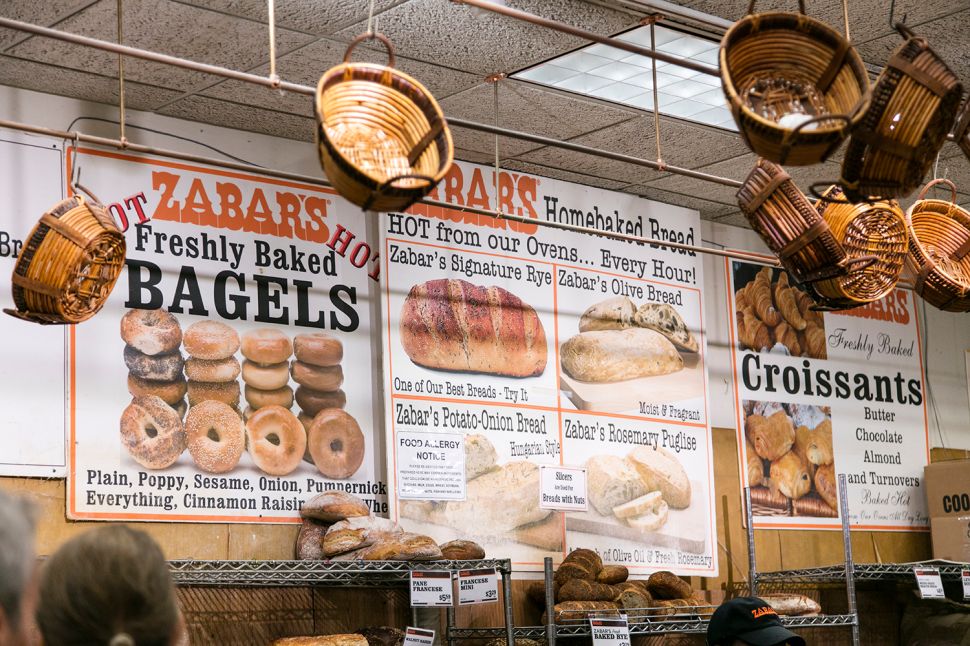