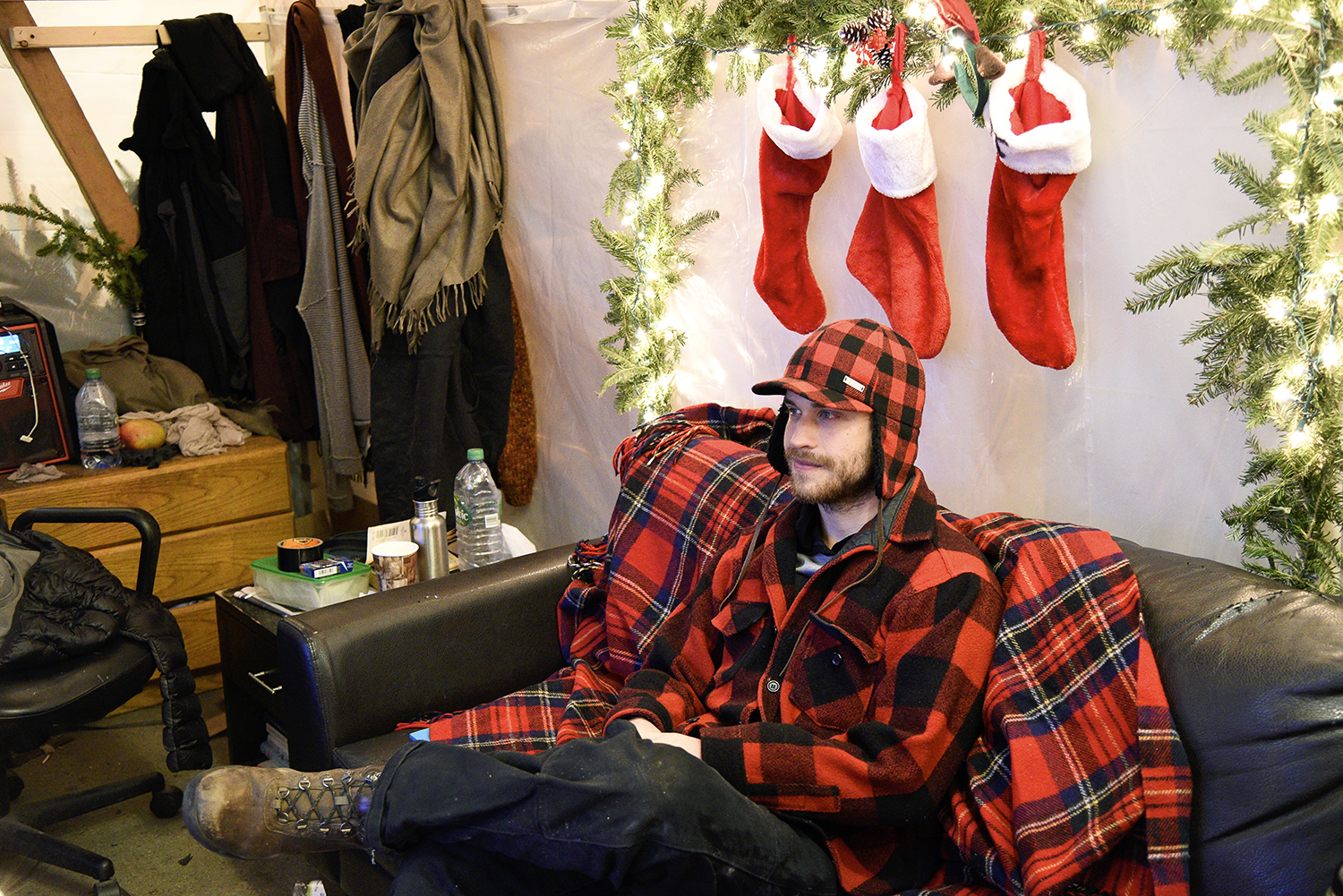 It was nearing 2 a.m. on a recent Monday night, and Joel Janson, who sells Christmas trees on the west side of Broadway between 84th and 85th Street, was just settling into his shift. “I’m going to put on some weird music,” he said. A loopy tune, “Sis Around the Sandmill,” by Avey Tare and Kría Brekkan, came on. Mr. Janson lit a Camel and leaned back in his swivel chair, which he’d recently salvaged from the trash along with a leather couch, a three-drawer dresser and a side table.

The life of a Christmas tree salesman is a solitary—and sedentary—one, especially at night. Business dries up like a cut pine frond in January; walk down Broadway, past midnight, and you will find one vendor after another—mostly Vermonters or Québécois—whiling the hours away in illuminated artificial forests.

Mr. Janson, an amiable 28-year-old with dirty blond hair and a Seth Rogen laugh, said business seems slower this year, perhaps due to the unseasonably warm weather. Most nights, he sweeps up, makes sure the trees (balsam and Fraser firs) are in order, and tends to his makeshift hovel, which is walled in by the white van he sleeps in (as do his two co-workers, Ruby and Justina, who take the day shifts).

“I enjoy being out here at night,” said Mr. Janson, “pacing around and having slow thoughts.” He is dressed for the cold: black Carhartt overalls, a plaid wool hunting coat and two—always two—pairs of long underwear. He flew into New York from Portland, Ore., his hometown, on November 22, and he plans to be here until Christmas Eve.

Mr. Janson, now in his second season selling trees, found out about the tannenbaum trade last year from a British scuba diving instructor in Honduras, through which Mr. Janson was traveling on a seven-month tour of Central America. “The British guy said, ‘Just show up on this day,’ no emails,” Mr. Janson recalled. So he did. He arrived in New York with no guarantee that the job was his and waited. Evergreen East, the company he works for, pulled up, dropped off a supply of trees—which typically come from the Smoky Mountains of North Carolina—rented him a van to stay in for the month, provided tools, and left him to build his stand. “It’s up to us to figure out what to do,” he said.

This year, Mr. Janson, also a certified massage therapist, took three days to construct his hut, across from a Baked by Melissa. It is roomier than most and feels more like a living room in a college dormitory, though refreshingly coniferous air replaced the usual stale scent of burnt marijuana. “I don’t even notice it anymore,” he said. “I get needles on me, it doesn’t bother me too much.”

In the corner is a retractable wall Mr. Janson found on the street; he uses it for privacy while urinating. He held up a plastic bottle, labeled “Honest Pee,” to indicate the toilet situation. (Nearby, in front of a Victoria’s Secret, the homeless street urinator featured on the front page of The New York Post this summer was sleeping. Every two hours, Mr. Janson said, the man gets up, pees in the street and then goes back to sleep.)

Mr. Janson said he brought two changes of clothes, and occasionally gets the chance to shower in an employee bathroom in a nearby building. (Last year, he only showered once; when he brushes his teeth, in the early hours of the morning, he spits his toothpaste into the street.) He tends to eat at restaurants, and shops at a 24-hour deli for Cup O’ Noodles, yogurt and fruit.

Otherwise, his life is pretty much confined to the stand. He goes to sleep around 7 a.m.—with the help of an eyeshade and earplugs—and wakes up at 4 in the afternoon. “I actually sleep better here than I do normally,” he said. From 4 p.m. to 10 p.m. he can do what he wants, though that doesn’t seem to entail much. He loves the city, he said, and takes any opportunity he can to visit. But his life, for the month at least, is trees, which run from $25 for mini ones to $700 for an 11-footer.

Mr. Janson isn’t particularly into the holidays, or trees, or yuletide cheer, he said. He is not sure if he will return next year. Though one interest may explain the impulse to subject himself to the elements for a long, lonely month in New York. “I have a guilty pleasure,” he admitted, “about Christmas music.” 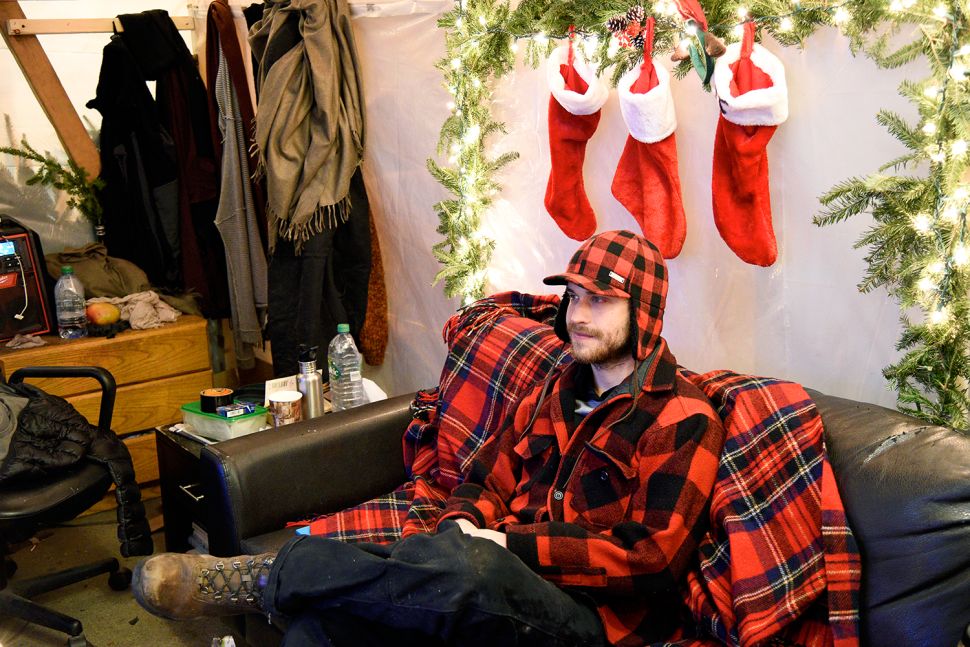