To hear attorneys for ex-Senate Majority Leader Dean Skelos and his son Adam tell it, the real mastermind behind the scheme to funnel money and jobs to the politician’s son was the prosecution’s star witness—Charles Dorego, executive vice president and chief counsel at luxury developer Glenwood Management.

The defense went on the offensive in its closing statements today, dumping its earlier attempts to depict the elder Mr. Skelos’s apparent efforts to set his son up financially as a warm-and-fuzzy tale of a paternal bond. Instead, the lawyers asserted that the once-powerful pol made no such efforts at all, and that Mr. Dorego fabricated claims that the lawmaker leaned on him in meetings about state policy—fabricated them first in order to pressure a company he and other Glenwood executives owned shares of to hire the Skelos scion and, later, in order to collude with the federal government to create a case against the state senator.

“He’s smooth, he’s smart, he knows where to press levers,” Robert Gage, attorney for the Long Island legislator, said of the real estate head. “That’s a guy who tries to use leverage, decides to use the senator’s name.”

The defense repeatedly called attention to Mr. Dorego’s non-prosecution agreement, which grants him legal immunity so long as he tells the truth. Mr. Gage pointed out that the executive will only have to answer to the same U.S. Attorney’s office that is pressing charges against the lawmaker and his son if he should not tell the truth—and said that prosecutors had taken “inappropriate” steps to advance their “theory” of corruption, such as having one of their informants convince the son to obtain an untraceable “burner phone.”

The lawyers insisted all allegations of pressure upon Glenwood and on the company where Mr. Dorego got the younger Mr. Skelos work, Abtech, stem from the executive himself.

“When your source is Mr. Dorego, that should seriously concern you,” Mr. Gage said. “About the credibility of what is being presented here.”

The younger Mr. Skelos’s lawyer, Christopher Conniff, openly accused Mr. Dorego of “lying” on the stand when he testified last month. He highlighted emails in evidence where Mr. Dorego reacted angrily when Abtech drafted a contract for the pol’s son that he deemed insufficiently generous—and that the executive requested an “override” wherein he would receive a cut of the proceeds from the 33-year-old’s sales for the company because he had recommended him.

“Is this request for an override consistent with someone who is being extorted?” he asked the jury. “Or does it sound like a wheeler-dealer looking to make some extra money by exploiting the Skelos name?”

The phone and electronic records the prosecution presented that showed that meetings between Mr. Dorego and the Nassau County Republican were quickly followed up by emails to the real estate executive from the younger Mr. Skelos, which in turn were followed by calls between the Skeloses, went unaddressed. So did wiretapped conversations and seized emails in which the then-majority leader assured his son he would reach out to Glenwood about getting him work.

Instead, the defense accused the Justice Department of deliberately setting out to record and play conversations that depicted the younger Mr. Skelos in a personally unflattering light. The audio, which made for much of the color during the trial, caught the 33-year-old bragging about how his father would use the powers of his office to help him and hurt those who opposed him—all “exaggerations,” according to the attorneys—as well as making threats against various people and casually talking about cheating on his wife.

“The government knew what it was doing,” Mr. Gage said. “There’s a focus and a structure to this case.”

The attorneys similarly argued that the state senator had nothing to do with getting his boy a no-show job at medical liability coverage provider Physicians Reciprocal Insurers. Mr. Conniff argued that PRI CEO Anthony Bonomo voluntarily gave the 33-year-old work simply to curry favor with his father, who oversaw the passage of legislation vital to the company.

“This is the reason why people often do nice things for influential people,” Mr. Conniff said. “That’s why teachers get so many apples.”

The jury will begin deliberations tomorrow. 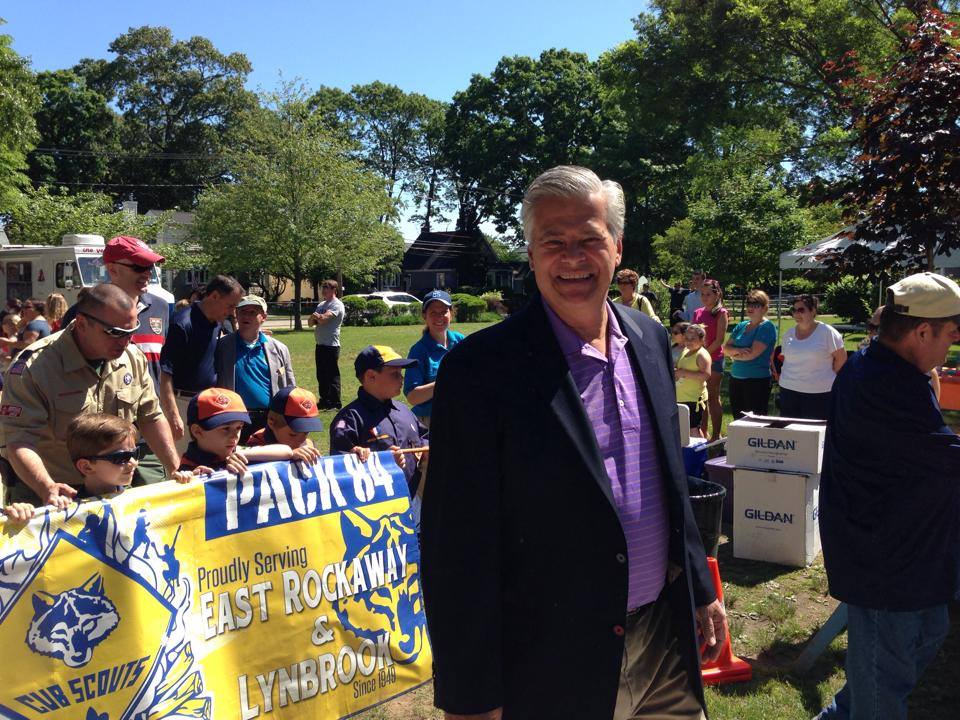