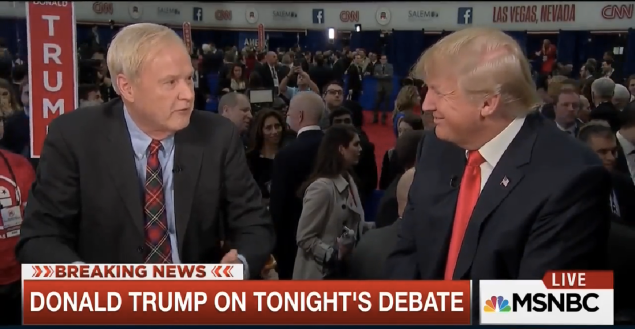 Just when you thought the American Presidential race could not get more bizarre, it added extra crazy points Thursday when President Vladimir Putin of Russia praised Republican candidate Donald Trump.

Mr. Trump is stomping his foes in the polls with about 40 per cent of his party’s voters. Mr. Putin—with guns, machines and soldiers—is stomping all over Ukraine and Syria.

“A very bright and talented person,” Mr. Putin said Thursday of Mr. Trump, “and the absolute leader of the presidential race.”

Did Mr. Trump reject such support from a man considered an enemy by many Americans?

‘Maybe Mr. Putin is showing respect to a person he understands has the strength to match him.’

Mr. Putin’s backing of Mr. Trump was big news just about everywhere Thursday. Perhaps because it might reflect poorly on Mr. Trump in the long run, Mr. Hannity spent only 40 seconds on this topic in the middle of a 21-minute segment with Mr. Trump. He asked no follow-up questions.

The rest was the usual boilerplate from Mr. Trump, with softball questions from Mr. Hannity answered with complaints like “we’re a country that’s got a lot of problems… we truly don’t know what we are doing…”

Mr. Trump told Mr. Hannity he was more disappointed with Republicans than Democrats for the spending bill that will be voted upon by the House of Representatives on Friday.

Overall, it was a good week for Mr. Trump, who expressed his scorn for fellow candidate Jeb Bush in Tuesday night’s CNN debate before lashing MSNBC’s Chris Matthews with some passive-aggressive body language.

“Donald, you’re not going to be able to insult your way to the presidency,” Mr. Bush said. “That’s not going to happen.”

What followed was two men talking at the same time with increasing annoyance and volume.

TRUMP: “Am I talking or are you talking, Jeb?”

BUSH: “You think this is tough and you’re not being treated fairly? Imagine what it’s going to be like dealing with Putin or dealing with Islamic terrorism. This is a tough business, to run for President.”

Mr. Trump then teased Mr. Bush about his position on the stage, which has moved away from the center with the dip in his poll numbers. Mr. Trump remained in the middle of the nine candidates.

“You know, you started off over here, Jeb,” Mr. Trump said, “and you’re moving over further and further. Pretty soon, you’re going to be off the end.”

At this point, Mr. Trump had the audience in Las Vegas laughing at Mr. Bush. But he didn’t stop there. After the debate, Mr. Matthews on MSNBC asked Mr. Trump about his failed public effort a few years ago to prove that President Obama was not an American-born citizen.

Mr. Matthews persisted, saying to Mr. Trump: “I don’t like it. He’s African-American and he’s not a real president?”

By this time, it was clear Mr. Trump wanted to cut short the interview. After invading Mr. Matthews’s body space to tap him on the shoulder, Mr. Trump extended his right hand, palm upward, as if to shake in a friendly manner.

“Thank you very much, you take care of yourself,” Mr. Trump told Mr. Matthews. “Great show.”

“To get praise from Vladimir Putin is not going to help Donald Trump. He’s not a serious candidate and he would bring chaos to the presidency, just as he’s done with this campaign… All the other candidates seem to be intimidated by him, but I’m not. He’s a bully.”

Later Thursday night, Mr. Trump’s campaign co-chairman and policy advisor Sam Clovis told CNN that Mr. Bush’s words were “probably the musings of a desperate candidate. Maybe Mr. Putin is showing respect to a person he understands has the strength to match him.”

On MSNBC, they weren’t so sanguine. McKay Coppins of Buzzfeed News told Lawrence O’Donnell on The Last Word that “Trump is a sociopathic cynic.”

Mr. O’Donnell added: “Putin wants his rival on the world stage to be the most ignorant President in history… He must be all the more eager to start negotiating with such a simple mind.”

David Korn, a guest of Mr. O’Donnell, said “this would be really entertaining if it was a Netflix series.”

Matt Lewis of The Daily Caller, another guest of Mr. O’Donnell, summed up Mr. Putin.

“It’s weird,” he said. “He’s an authoritarian. He reminds me a lot of Donald Trump.” 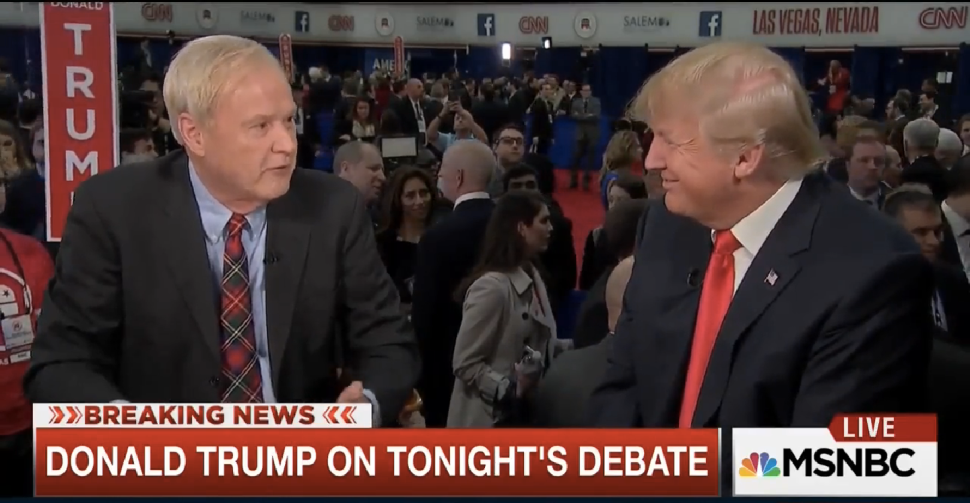