In a controversial move, a South African judge has lifted the six-year moratorium on banning domestic rhinoceros horn trade under the pretense it will save the last 20,000 southern white rhinos, 80 percent of which are in South Africa.

Rampant poaching is estimated to drive the species into extinction in less than two decades. According to the South African government, 749 rhinos have been killed so far in 2015.

Rhinoceros horns are in high demand on the black market in China and Vietnam—a kilogram can be worth up to $100,000 due to perceived medical benefits. Sales increased dramatically in 2008 after a rumor surfaced about a politician in Vietnam using the horn to cure cancer. Since then, it has become a popular alternative to cancer treatment—in many cases, the need for medical care has rapidly outpaced the availability of medical experts in the country. The horn is also believed to cure hangovers and improve virility, and its expensive price has made it a symbol of social status in many countries.

A 2014 study conducted by Dr. Enrico di Minin of the University of Helsinki in Finland estimated a legalized rhino horn trade could yield annual profits of $717 million. Advocates for lifting the ban in South Africa argue it would result in sustainable practices allowing game farms to harvest rhino horns which would later grow back. Poachers, on the other hand, generally kill the rhinos to take the horn quickly. By lifting the ban, the South African government hopes to deter poaching and regulate trade.

South Africa’s Environmental Ministry appealed lifting the ban, which means it will remain in place until heard before a court. Unless the initial ruling is upheld, no domestic trade will take place in South Africa—to the relief of many conservation groups.

“Our chief concern is that the domestic trade in rhino horn prior to the moratorium in 2009 led to a larger number of owners of rhino horn stockpiles, a proportion of which were investors rather than conservation managers, and that inadequate controls on this multiplicity of stockpiles facilitated “leakage” into the criminal trade in rhino horn,” said Cathy Dean, Director of Save the Rhino International. Ms. Dean cited a report by the Endangered Wildlife Trust on the 2009 moratorium which highlighted a shortfall of nearly 4,000 pounds.

Demand for rhino horn within South Africa is virtually nonexistent, and the government is predicted to propose legalizing the international trade of rhino horn at the 2016 Cites Conference of the Parties.

“In the face of extreme skepticism by many anti-trade proponents, it would seem wise for South African pro-traders to use these months to work with the government to iron out irregularities in the country’s stockpiles, to ensure that all stored rhino horn is properly DNA-profiled, micro-chipped, weighed, measured and inventoried, and to deal with the many abuses of the rhino trophy hunting system. Without demonstrating its ability to tackle long-standing corruption and inadequate record keeping, the chances of securing a majority vote at CITES seem remote.”

Although Save The Rhino International disagrees with the case to lift the ban, Ms. Dean gives credit to the “so-called rhino farmers” for affirming they have rhino conservation interests at heart.

The debate over lifting the ban on the domestic rhino horn trade in South Africa comes at a time when current conservation efforts are not working—poaching has exploded and continues to decimate rhino populations despite the South African government’s use of the army to guard populations.

With sufficient protection, these mammals—who are vital to the ecosystems they inhabit—can be saved from extinction. A study published earlier this year in the journal Science studied the 74 large species of herbivores on the planet and found 44 of them are listed as ‘threatened’ by the International Union for Conservation of Nature. Most reside in developing countries without the resources to protect them against the rapid downward trajectory of extinction. 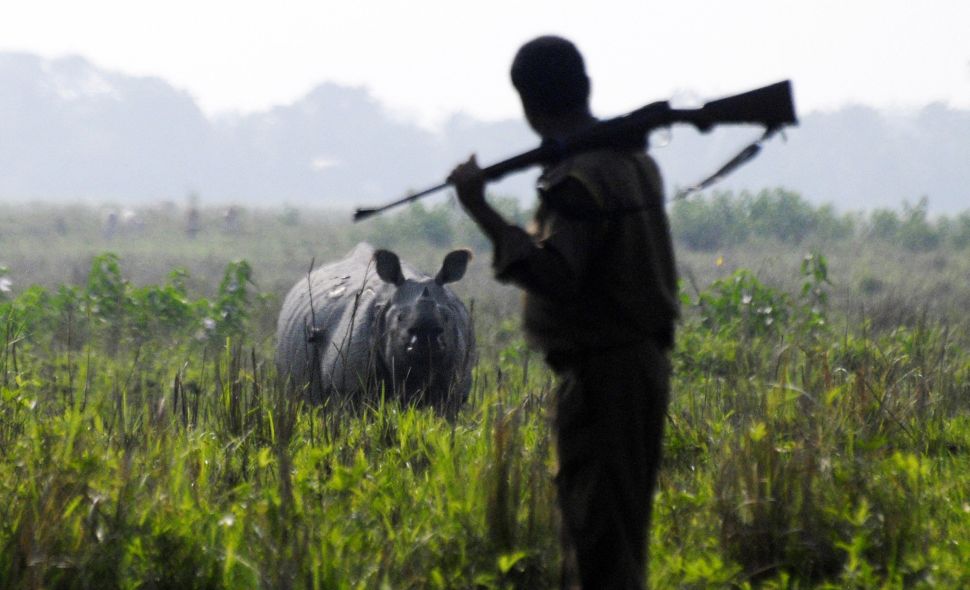