Creativity is born out of constraints. Once upon a time, kids didn’t have the option of using video games to pretend to be space pilots, but that didn’t stop them. With the newest Star Wars movie opening, 80’s kids on Metafilter got to reminiscing about a pencil-and-paper game they used to play in school. The conversation started with a link to an old post on the Board Game Designers Forum called “Star Wars pencil and paper?” BoardGameGeek also broke down its own version of the rules. .

After going through a bunch of the posts about how to play, variations and etcetra, here’s a simple version of the rules that should get folks started. Modifications and expansions encouraged.

To win: Destroy the other player’s mothership by hitting it three times with cannon fire from fighters.

Needed equipment: Two pencils and a piece of paper. A proper eraser and a pencil sharpener would probably help, but not essential.

Setup: Each player draws a mother ship at opposite ends of a piece of paper, as well as check boxes to indicate how many hit points their mother ship has. The two motherships should be basically the same size, decently large relative to the paper. Each payer should also decide what basic geometric shape their fighters should be. It will help if they are different. Squares for one side, triangles for the other, etc.

The pencil thing really does give it this element of skill and challenge that makes it a lot more fun. The line lengths really vary, as well, which adds a certain level of surprise (and frustration).

I set up a board myself and played a game of triangles versus circles. I only let myself fire from turrets on either end of the motherships. I also drew a few asteroids. I played circles with a strategy of launching more ships. Triangles played with fewer ships, more aggressively. I also played that collisions with asteroids or other ships destroyed fighters (and lost a few that way).

Check out this frustrating near miss, as a circle fired on a triangle.

Here’s the final game board. It was close, but the side that launched more ships won in the end. It wouldn’t have, though, if circles last shot against triangle hadn’t been a hit.

There’s a billion variations out there, with ways to add complexity to all of these rules. One really simple one: players can draw obstacles, such as asteroids, on the field of play.

Players can add rules, such as saying that collisions with asteroids or other fighters destroys them, or that fighters might only be immobilized if a hit doesn’t go completely through the ship, or that every fighter can move or fire once with each turn. 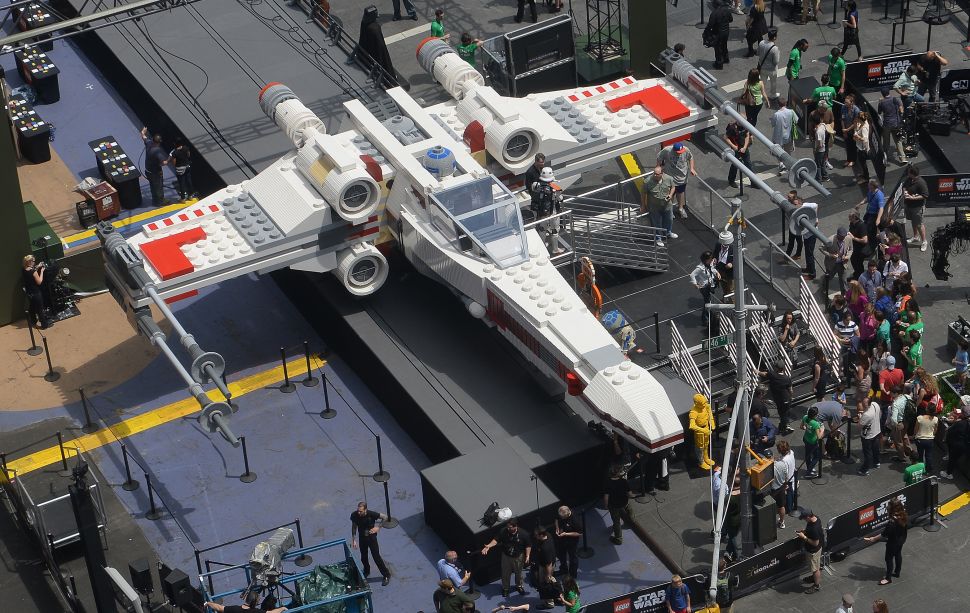