New Yorkers profess their love of local coffee shops ad naseum, but the numbers suggest that there are a whole of lot of us buying coffee at chains: in 2015, Dunkin Donuts led the pack of chain stores in the city, for the eighth consecutive year, with 568 stores across the boroughs, a net increase of 32 stores since 2014, according to the Center for an Urban Future’s annual “State of the Chains” report.

In Manhattan, the slightly more upscale Starbucks is the dominant chain, with 220 locations in the borough (there are 307 citywide), despite having lost some of its more sophisticated clientele to smaller chains like Blue Bottle, Stumptown, Gregory’s and Grumpy’s, which emphasize coffee-making processes and eschew the tooth-achingly sweet flavored latte model that helped gain the brand entree in suburban markets across the country.

Dunkin Donuts was the most populous chain in all the other boroughs, followed citywide by MetroPCS (323), Duane Reade/Walgeens and Starbucks (tied with 307), McDonald’s (232) and T-Mobile (217). Of note, however, is that Duane Reade/Walgreens actually shrunk its footprint in the city, from 318 stores in 2014.

The number of chains in the five boroughs increased modestly by one-percent since last year—from 7,473 to7,550—but one may want to hold off on bemoaning Manhattan’s fall to bland national behemoths: Manhattan and Staten Island had a slight decrease in the number of national chains last year. However, increases were seen in the Bronx, Brooklyn and Queens, with the Bronx leading the pack.

Some of the fast-growing chains were pricier brands like Fossil, Le Pain Quotidien and Coach, whose stores in the city now number 18. (Somewhat perplexingly, Sketchers has also seen fast growth in the city.) Many of the chains that closed a number of stores, meanwhile, had less expensive offerings, among them McDonald’s and Strawberry.

As for stores that closed all their New York locations, don’t expect to walk by any storefronts bearing Baja Fresh, Ecko Unltd., Frederick’s of Hollywood, Montblanc or Underground by Journeys signs. 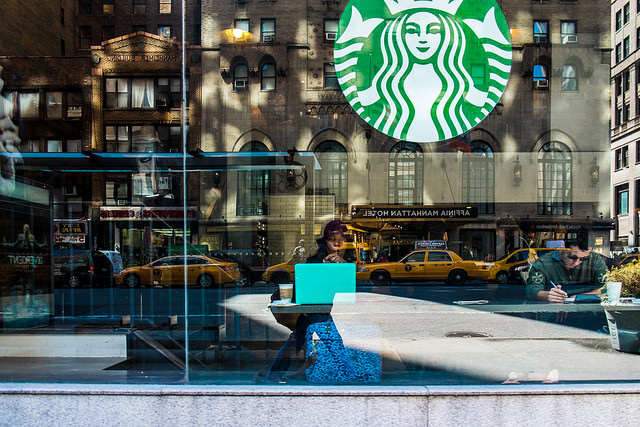