The United States champions human rights around the world and yet it has largely turned a blind eye to the abuses of its allies in the Middle East and Asia. One of the most appalling cruelties practiced by some who betray the Muslim religion in these regions, which has now spread to refugee populations around the world, including the United States, is referred to as “honor killings.” These are instances where women may be killed for dating non-Muslim men, wearing western clothing, going against the wishes of the men in the house or otherwise dishonoring the family by violating Sharia Law.

Besides murder, which can occur from stoning, shooting, beheading, and other gruesome methods, women may be forced to marry, endure domestic violence and sometimes be victims of female genital mutilation. Punishment is most often carried out by fathers, but sometimes brothers or even mothers are involved. More than 5,000 honor killings occur around the world each year and many more go unreported.

Here in the West we are outraged by such mistreatment of women, but in parts of the Muslim world honor killing is an accepted practice. In countries such as Jordan, even if a woman is raped, she may be viewed as dishonoring the family, and shoulders the blame rather than the rapist. Fathers, brothers, and sons will murder their own daughters, sisters, and mothers, and the authorities often look the other way. In Pakistan, more than 1,000 women are murdered each year and, according to a Pew survey, 83 percent of Pakistanis support stonings for adultery; only 8 percent oppose it.

You might expect that the United States would be quick to grant asylum to women literally fleeing for their lives from family members who wish to kill them.

Given these horrific crimes against women, you might expect that the United States would be quick to grant asylum to women literally fleeing for their lives from family members who wish to kill them. Shockingly, the doors are closed to these women, even in the high-profile case of the “modern Romeo and Juliet” documented in the New York Times.

For those who are unfamiliar with the story told by Pulitzer-Prize winner Rod Nordland in the Times, two Afghan lovers, Zakia, 19, and Mohammad Ali, 22, ran afoul of tradition in their village. Zakia’s father had chosen a husband for her, a man she had never met, but Zakia told her family she was planning to run off with Mohammad Ali and marry him. Zakia’s family accused Mohammad Ali of kidnapping her and Zakia feared she would be the victim of an honor killing by her father or brothers.

What was their crime?

Zakia is a Tajik Sunni Muslim while Mohammad is a Hazara Shia Muslim and the Tajiks considered marriages between the two groups dishonorable.

I first learned of this story in March 2014 when philanthropist Dr. Miriam Adelson told me she was moved by the story and wanted to help the couple. I tracked down Nordland and learned that Zakia and Mohammad Ali had fled their village. In March 2015, the couple reached Kabul where Mohammad Ali was arrested and Zakia found refuge in a shelter for Afghan women where she was required to remain until a court decided whether she should be forcibly returned to her family. We were able to get some money to the couple for living expenses, but they remained in danger.

When Mohammad Ali was released from jail, the lovers were reunited and their marriage was recognized as valid. Hoping to start a life together, they returned to their village where an intermediary failed in an effort to negotiate a settlement that would satisfy Zakia’s family. Subsequently, they were forced to flee again when one of Zakia’s brothers came after them with a gun and a knife. They went to Kabul but were advised to go to either Pakistan or India. After Zakia gave birth to a baby girl, however, the couple decided they would return to their village again.

Meanwhile, we learned from Nordland that Fatima Kazimi, the woman employed by the Afghan government to run the shelter, was being threatened with death because she helped Zakia escape from the women’s shelter and elope with Mohammed Ali.

Miriam wished to help rescue Fatima and her family. We approached contacts in the U.S. government, including UN Ambassador Samantha Power, in an effort to have them granted asylum, but nothing came of it. The greatest nation in the world, the country that welcomes the huddled masses yearning to be free, had no room for an Afghan Muslim family fleeing the very radicalism thousands of our troops fought to eradicate.

We were not about to abandon this family in its hour of need and we helped the family travel to Rwanda via India where Paul Kagame, the president of Rwanda, immediately agreed to provide the family sanctuary. After a year in Rwanda, Fatima’s family succeeded in immigrating to the United States with the help of the United Nations High Commissioner for Refugees rather than the State Department.

Why won’t he grant Zakia and Mohamed Ali asylum so they can remain alive?

There is no happy ending yet for “Romeo and Juliet,” who still live in constant fear of Zakia’s revenge-seeking family. We had asked the American Embassy in Kabul to assist them but they were not granted asylum despite the world’s most famous newspaper clearly highlighting their story as a potential and imminent honor killing. This is becomes all the more curious given President Obama’s rebuke of Republicans for not wishing to allow in Muslim refugees whose lives are in imminent danger. Why won’t he grant Zakia and Mohamed Ali asylum so they can remain alive?

With the doors to America barred, the best hope may be for Zakia and Mohamed Ali to go to a European country, one of which has agreed to accept them if they have jobs lined up. But the United States seems to have firmly slammed the door on them.

This is just one heart-breaking story that highlights the problem of honor killing in the Muslim world. Undoubtedly, there are many other Romeos and Juliets who want to live as loving couples without fear of family members whose feelings of shame are used to justify murder.

At a time when we are having a healthy debate over immigration to the United States, we should remain especially compassionate to women facing honor killings who pose no danger to our security and seek sanctuary from killers, be they from evil regimes or angry families.

I call upon all presidential candidates, women’s groups and other human rights advocates to demand that Congress and the administration unequivocally condemn honor killings, withhold aid or impose sanctions on countries that do not put an end to these unconscionable murders and prosecute their perpetrators. Furthermore, the State Department should take immediate action to protect women from the barbarism of honor crimes by allowing women like Zakia and her family asylum.

Shmuley Boteach is the international best-selling author of 30 books, winner of The London Times Preacher of the Year Competition, and recipient of the American Jewish Press Association’s Highest Award for Excellence in Commentary. He will shortly publish The Israel Warrior’s Handbook. 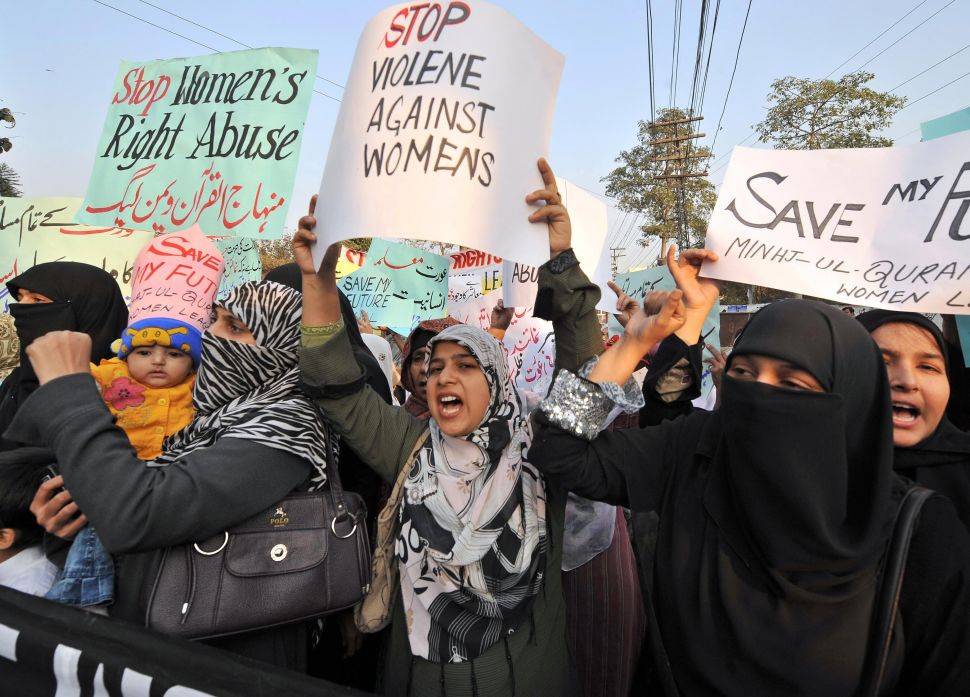