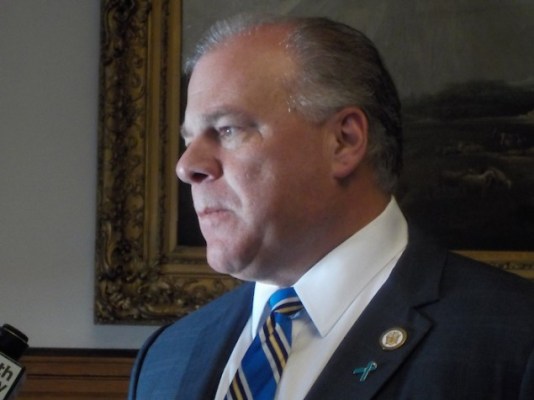 Senate President Steve Sweeney (D-3) formally released his proposal to allow gaming expansion Atlantic City Friday, the first sign of movement on an issue that has divided southern and northern factions in both parties as South Jersey fears for its economic livelihood.

The ballot proposal (SCR-185), which would be the last step in the long process of amending the state constitution to allow the new casinos, could go before voters as early as 2016.

“The question of gaming outside of Atlantic City has long been debated,” said Sweeney in a statement. “Now is the time for the voters to decide. Fourteen months ago I proposed a framework for any proposed expansion to North Jersey. This plan is consistent with those principles.”

Reaction from both sides of the Raritan was swift, with Atlantic City’s Senator Jim Whelan (D-2) and Assemblyman Vince Mazzeo (D-2) condemning the referendum.

“North Jersey casinos would be disastrous for our local economy, driving jobs and investment out of our region. Instead of wasting our time on a shortsighted proposal that won’t benefit Atlantic City or the state in the long-run, we need to focus our energies on stabilizing Atlantic City’s finances and transforming the city into a world-class resort destination,” said Whelan.

Mazzeo echoed the sentiment, calling the proposal “another punch in the gut to Atlantic City’s road to recovery.

“To think that the answer to an already overly saturated gaming market is saturating it even more is madness,” he added.

Under the proposal’s stipulations, new casinos would be limited to two locations in two separate counties no less than 75 miles from Atlantic City. 49 percent of public revenues would be devoted to Atlantic City’s economic recovery for 16 years, with another roughly 25 percent going to reductions in property taxes, rent, utilities and health and transportation services for seniors and the disabled.

Senator Paul Sarlo (D-36), who has served as a key negotiator in talks about a potential Meadowlands location, praised the proposal and cited out-of-state competition as a key factor in his support for a referendum.

“The gaming industry has changed dramatically in recent years with competition from other states damaging New Jersey’s casino sector. It’s time to expand gaming to North Jersey where we are accessible to a large population and so that we can compete effectively with the casinos now operating in New York State and Connecticut.”

The location of the new casinos is still to be determined, though the Meadowlands and Jersey City are likely candidates. The resolution would need to pass with 3/5 majorities in the Assembly and Senate twice over two legislative years at least 90 days before going on the ballot.

“Expanding gaming to North Jersey is the best way to revitalize an industry that is important to the state’s economy so that we can compete with neighboring states, generate the revenue needed to revive Atlantic City and contribute to economic growth,” Sweeney continued. “New Jersey tourism is one of the most important segments of our economy and gaming is one of the most important attractions for tourism. It is the source of good jobs and economic activity.”

For his part, Assembly Speaker Vince Prieto (D-32) stressed that the proposal may undergo significant changes before it reaches the public.

“The Assembly may well have its own ideas about how best to bring gaming to North Jersey, stabilize Atlantic City and support programs for senior citizens and the disabled,” Prieto said.

See the full resolution below.