TRENTON – They came bearing gifts in the Christmas season, – $174 million’s worth, to be precise –  state Senate President Steve Sweeney (D-3) and his colleagues in the Senate Democratic Caucus, the statehouse cough-up of seven weeks-worth of round table visits around New Jersey in the respective districts of the senators who now stood sedately at attention with Sweeney.

Sweeney calls the plan “New Jersey – Investing in You,” and it consists of grab bag 2016 initiatives pinpointed in the backyards of his allies; wish list stocking stuffers designed to do everything from stimulate early childhood educational opportunities,to college enrollment, to infrastructure loans and grants as part of the Transportation Trust Fund (TTF).

“We thought it was important for the public to know which issues we found important,” said Sweeney, when asked about his decision to hold a special press conference for the announcement.

Sweeney said the whole purpose of the package is strategic, targeted growth for the state of New Jersey.

“Our growth has been anemic next to the nation’s,” said the senate president, a 2017 contender for governor, who stood with senators Paul Sarlo, M. Teresa Ruiz, Loretta Weinberg, Nellie Pou, sandy Cunningham and Jim Whelan, each of whom got a piece of the pie. The political support of those Democratic lawmakers stand to be sweeteners in any deal for county to county support in the intensifying contest for governor.

The roll-out occurred as the state continues to face questions about how lawmakers intend to replenish the $2 billion-per year TTF, which is months away from running dry.

“We’re looking to get on the same page,” said Sweeney, as Democrats continue to push a gas tax option that Republicans either oppose absolutely, in some cases, or oppose unless accompanied by a reduced inheritance tax. 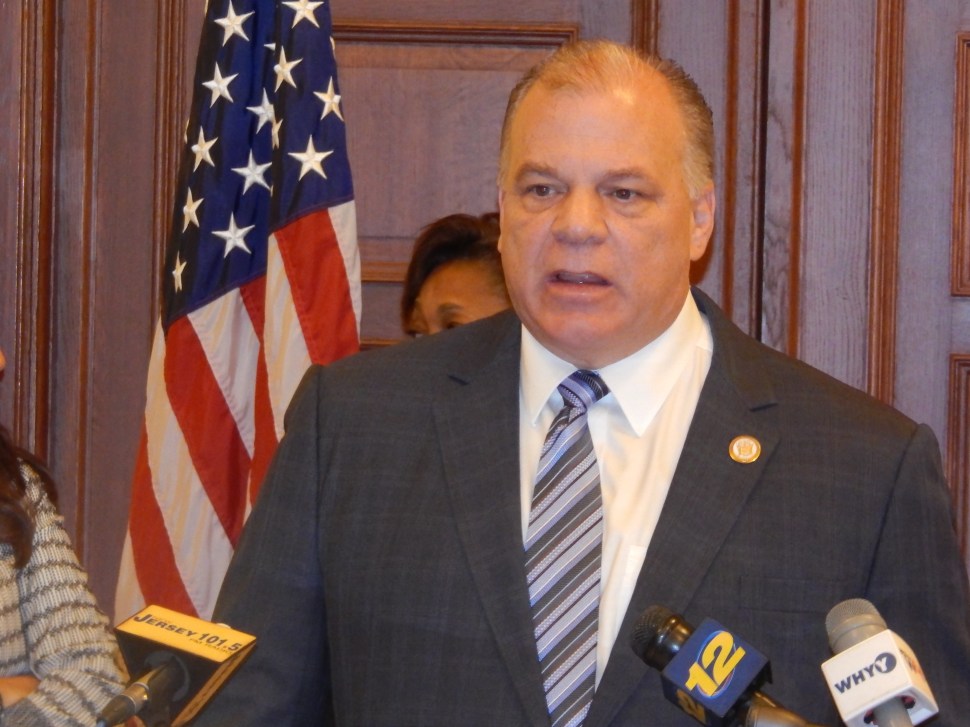 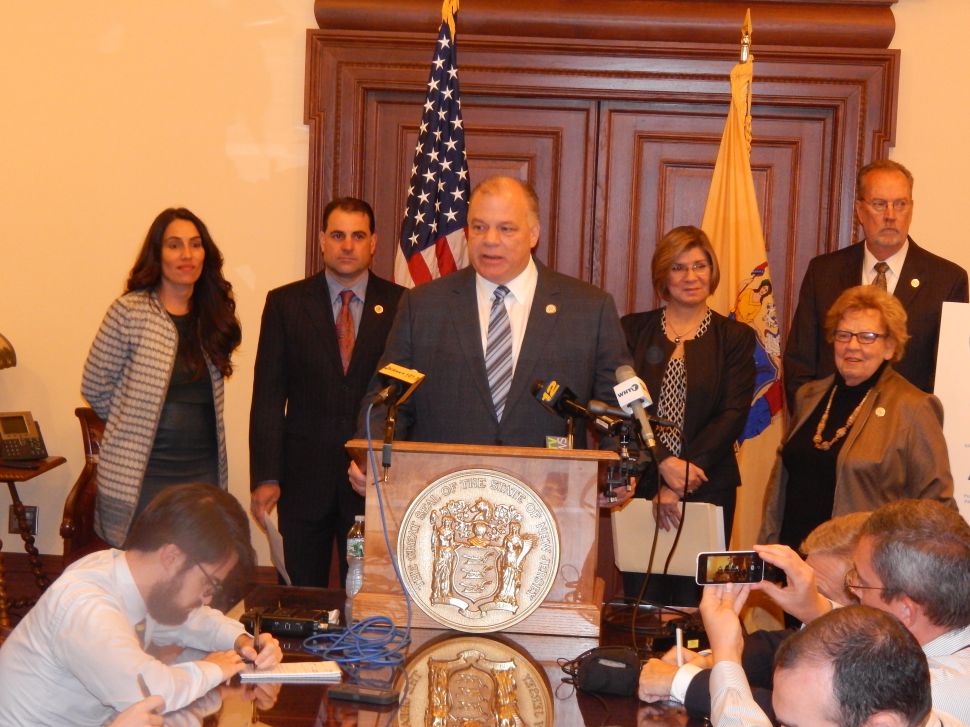