I tire of the assumption that a new behavior must be worse than the old one. I roll my eyes at the notion that we need to recapture an allegedly lost art that might have gone away for a reason. And I cannot bear scolds. So I am sick and tired of hearing complaints that youth care more about their phones than the people in front of them. And I disagree with the contention that they—and we—are losing the ability to hold conversations.

Who is to say that the conversation a young person—any person—is having via a screen and keyboard is not more important, more useful, more compelling, more intimate, less boring, and less irritating than the one he or she is having with the person who happens to be standing randomly in front of them? We are not having conversations with our smartphones. We are having conversations with people on the other side of them. And unless you are the NSA, you have no idea of the substance and value of those conversations.

All in all, I have discussions of greater substance, intimacy, and value digitally than personally. That’s in part because too many of our in-person conversations have become small-talk, elevator chatter, niceties, time-killing, and the dreaded randomness of the yakking person in the next airline seat.

Online, I have had countless intimate conversations about, for example, my prostate cancer. It so happens it is much more comfortable to do that online than walking up to someone and saying, in essence: “Hi, my penis isn’t working. Want to chat about it?” In comments on my blog, I received information and support from people who felt similarly free to share there.

I have talked with many parents who—having finally learned how to text—have better, more informative conversations with less attitude via SMS than via phone.

Even on shallow, temporal, short, and often-silly Twitter, I have discussions over ideas and issues of substance. Though there is an unnamed law that says that the longer an argument goes on, the less fit it is for Twitter.

I have talked with many parents who—having finally learned how to text—say they can have better, more informative conversations with less attitude via SMS than certainly via phone. Young people quickly discerned what their elders took generations to understand: that telephone calls are awkward, unnatural, interruptive, and thus kind of rude. Text beats that.

Now the truth is that as an American adult—that’s two strikes against me—I have only the faintest idea of how to use and understand the entire, huge layer of the net that has been invented just for conversation: chat apps. I have had countless discussions with social-media geniuses who, if over the age of 25, will confess at some point that they don’t grok Snapchat. I take my hat off to Mark Zuckerberg for seeing that WhatsApp could grow to 900 million users. I marvel at all that China’s WeChat is getting ready to take over: banking, taxis, shopping, dating, anything. I read an impressive new report about chat apps from the Columbia School of Journalism and see only much more homework to do.

How dare we old farts assume the worst of the young people we raised? Instead of questioning their new ways, we would better serve ourselves by observing (if they’ll let us) and understanding the reasons behind their shift to chat.

Young people are rejecting our old-fashioned, mass-media-era vision of the internet as a container for content and instead they are building a net on the primacy of conversation. In so doing, they are reversing what we, their forebears, did to conversation: we mediated it; we created media and then tried to shove those mass-market presumptions and business models into this new invention, the net. In this shift, the next online generation prove the contention of Danish academics Thomas Pettitt and Lars Ole Sauerberg that the Gutenberg era was a grand exception—a parenthesis—from the normal, conversational state of society.

It is we the adults who lost the art of conversation. Our children are regaining it and they will teach us if we’ll only listen. 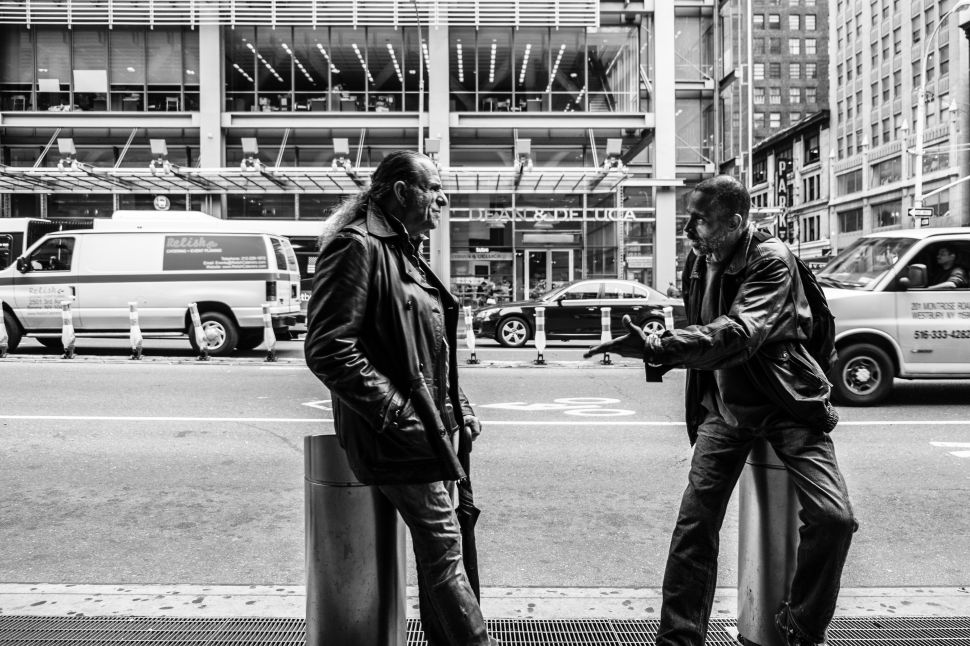