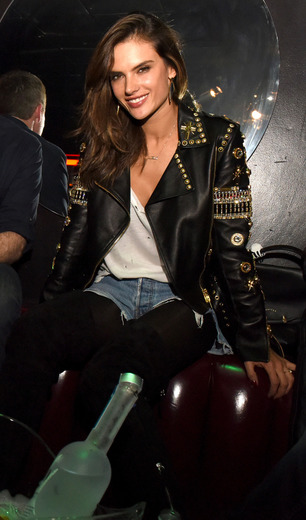 Birthright citizenship has become a hot-button issue among Republican Presidential hopefuls. The debate revolves around whether the Fourteenth Amendment of the U.S. Constitution automatically grants citizenship to children of illegal immigrants who are born in the United States.

Donald Trump’s comments on immigration have been the most divisive, going so far as calling the Fourteenth Amendment “unconstitutional.” But other candidates have also expressed concern about birthright citizenship and its impact on illegal immigration.

Earlier this month, Gov. Chris Christie also weighed in the issue. “I think all this stuff needs to be re-examined in light of the current circumstances,” he said. “[Birthright citizenship] may have made sense at some point in our history, but right now, we need to re-look at all that.”

The 14th Amendment was added to the Constitution in 1868 to apply the Bill of Rights to the States and ensure that freed slaves would enjoy all of the privileges and immunities that white American citizens enjoy. The birthright citizenship clause reads: “All persons born or naturalized in the United States, and subject to the jurisdiction thereof, are citizens of the United States and of the state wherein they reside.”

Nearly a century later, the Supreme Court suggested that birthright citizenship similarly applied to children of illegal immigrants. The Court held that the State of Texas was required to provide public education to undocumented children, stating in a footnote that “no plausible distinction with respect to Fourteenth Amendment ‘jurisdiction’ can be drawn between resident aliens whose entry into the United States was lawful, and resident aliens whose entry was unlawful.”

Because dicta in a footnote does not create binding precedent, some legal scholars contend that it remains unsettled whether the Fourteenth Amendment grants citizenship to children of illegal immigrants who are born in the United States. They further argue that interpreting the Constitution so broadly goes against the intent of the Framers.

“In reality, birthright citizenship is incompatible not only with the text of the citizenship clause but, more fundamentally, with the principle of consent — one of the bedrocks of republican government,” Professor Edward Erler of California State University, San Bernardino, has argued.

In a 2005 report, the Congressional Research Service examined the issue. Attorney Margaret Mikyung Lee concluded that birthright citizenship was settled law, although she acknowledged that there might be some room for debate.

“The [Wong Kim Ark] holding does not make a distinction between illegal and legal presence in the United States, but one could argue that the holding is limited to construing the Fourteenth Amendment in the context of parents who are legal permanent residents,” Lee wrote. “However, the Court’s own discussion of the common law doctrine of jus soli and the Fourteenth Amendment as an affirmation of it indicates that the holding, at the least, would not be limited to permanent legal residents as opposed to nonimmigrant, transient, legal aliens and currently accepted law would also weigh against this argument.”

Critics of birthright citizenship, as it applies to undocumented immigrants, have called for Congress to pass legislation restricting the practice. Meanwhile, most believe that a Constitutional amendment or Supreme Court decision is required. In any event, the debate is unlikely to end anytime soon. 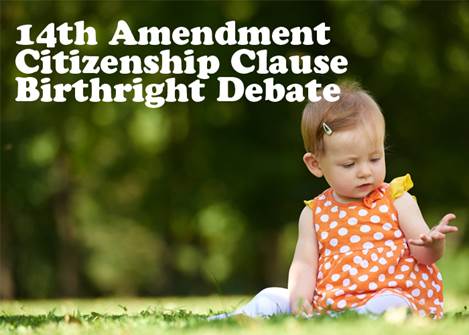