Star Wars: The Force Awakens is out. After more than a year of hype and anticipation, we finally got to see it. Even better, it’s actually good! It’s possibly the best Star Wars movie to come out in 30 years. Some fans have even reported that the movie made them cry. The good kind of crying this time, not the Phantom Menace kind.

No matter how good the movie turned out to be, there was one thing we could count on to be amazing: the cosplay. Go see any screening of The Force Awakens during opening weekend, and you’re bound to see some truly astonishing costumes. Some people go all out, like this.

And whether you’re a fan or not, it’s awesome to see these characters out and about. Anyone on the same London train as Cameron K. McEwan had an interesting commute. 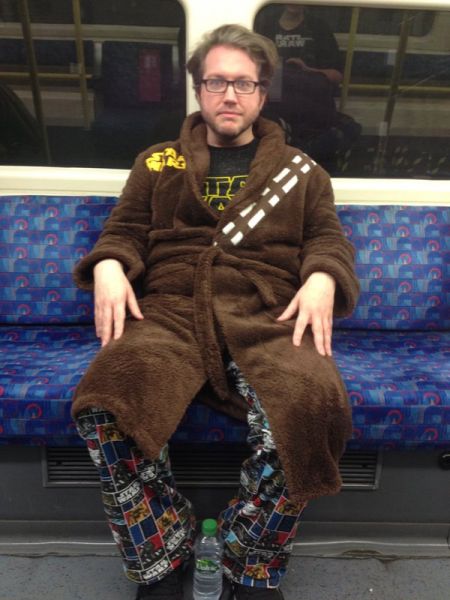 (Via Twitter/CameronKMcEwan)
Look closely at the reflection of the guy taking the picture. He has a pretty sweet Star Wars shirt too.

An accidental meeting turned the Barnes & Noble magazine section into a wretched hive of scum and villainy.

And if you just happened to be wandering around Russia, you may have run into this.

Lord Vader makes beautiful music instead of destruction because today is the day #StarWarsTheForceAwakens 🙏 https://t.co/rdPVxA3MyF

And depending on how many hardcore Star Wars fans you know, it may or may not surprise you that many of them own full sets of Stormtrooper armor.

Apparently, the movie was so good, this trooper removed his helmet out of respect.

It’s nice to know that after the fall of the Empire, some Stormtroopers were able to settle down and spend time with family.

Maybe he could actually beat the Hoth level in that stupid hard arcade game.

Just because you have a full Stormtrooper outfit doesn’t mean you can’t spice it up a little.

Another highlight from the #premiere of #StarWarsTheForceAwakens with @JINX! pic.twitter.com/kIIaf4BiW4

No wonder he can’t aim. He’s a dancer, not a fighter.

Of course, such a heavy sci-fi military presence had an ominous effect on some screenings. 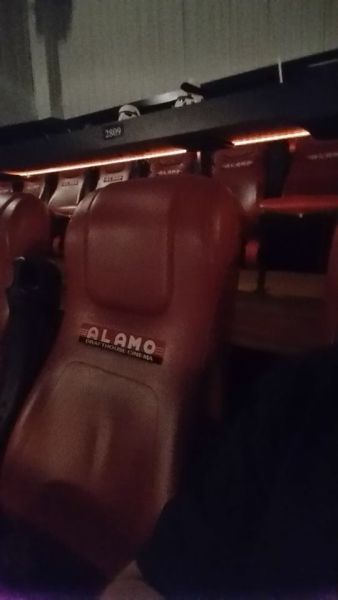 Other characters were out in full force too. The promise of a new badass female lead in The Force Awakens brought out some impressive Rey cosplay.

In the movie theater right now about to see #StarWarsTheForceAwakens eeeeeee. Here's my Rey #cosplay pic.twitter.com/LA41ry1sZv

And you can’t forget the O.G. rebel princess.

But who wore it better? 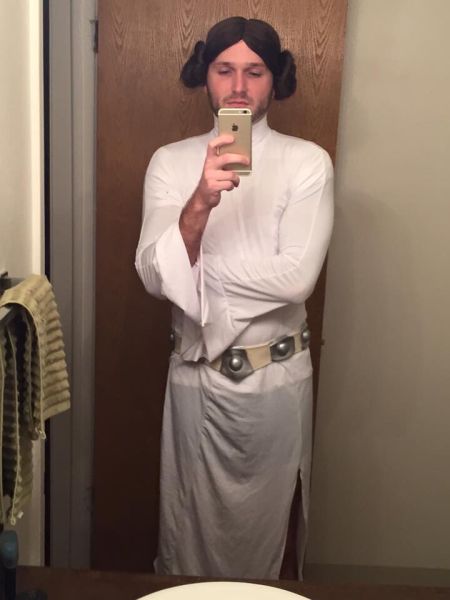 These costumes are so good, anyone in an R2D2 or C-3PO outfit should probably watch their backs. 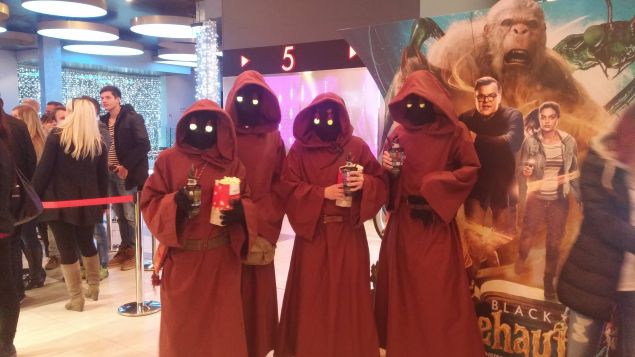 Some theaters even had the staff join the fun.

These are the cinema staff you are looking for! #StarWarsTheForceAwakens pic.twitter.com/aXxMJpmAe5

Some used cosplay to troll other fans in line. Like this woman. 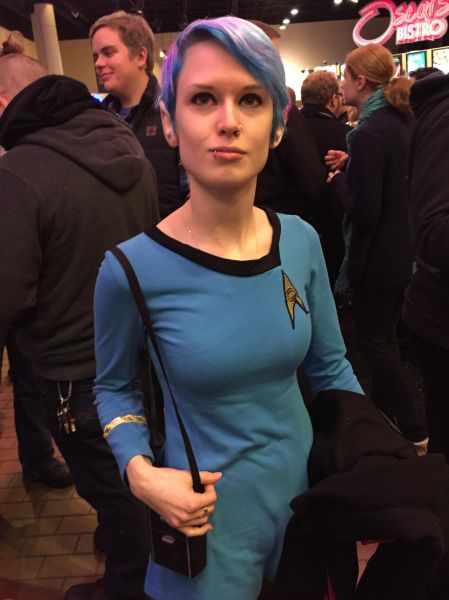 (Via Reddit/PiketheGSP)
Though, to be fair, it is possible she’s just really excited for the Star Trek Beyond trailer playing before the movie.

The biggest trolls of the night were these guys. 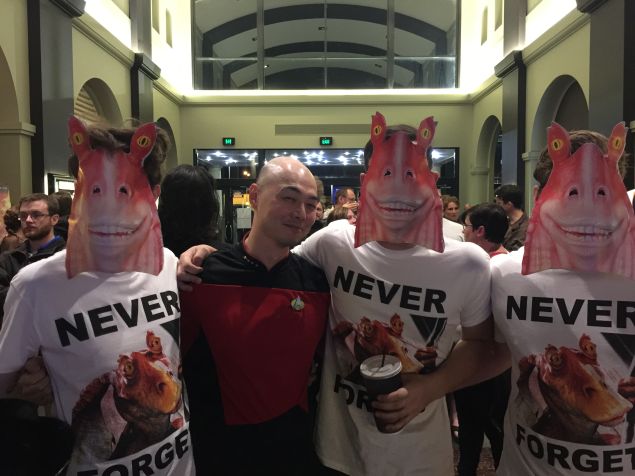 (Via Reddit/mykalb)
Even ignoring the guy from the wrong series in there these costumes are hilarious and infuriating. Just in case you forgot a Star Wars movie could be bad, they-sa there to remind you!

Some of the funniest costume tweets we saw came from Oakland Athletics pitcher Sean Doolittle and his girlfriend, television host Eireann Dolan. Dolan was not terribly thrilled about the outfits.

"I bought you a new outfit," he said. "We're going out tonight," he said. "Go try it on," he said. This is garbage. pic.twitter.com/Dj3pEFhf9Q

Though he admits there was a small hitch with his costume.

Whether you dress up or not, have a great time at the movies this weekend and may The Force (and anti-itch cream) be with you. 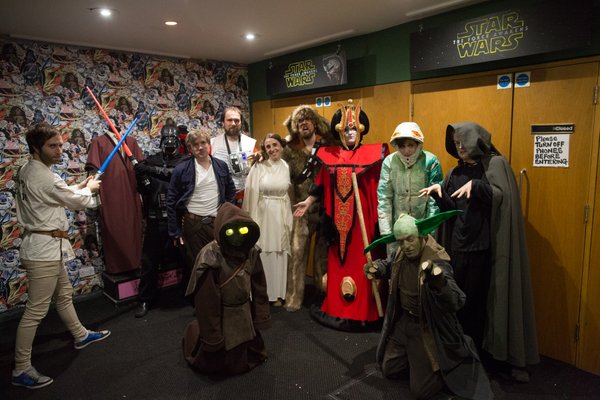