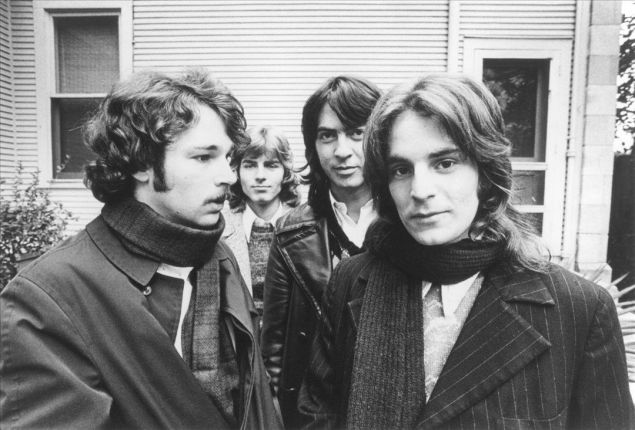 The past year signaled the year of the rock and roll memoir as biopics by punk-poet priestess Patti Smith, Sleater-Kinney’s Carrie Brownstein, Elvis Costello, Grace Jones, Tom Jones and Chrissie Hynde graced the bookshelves. 2016 is proving to be no different as Wilco’s Jeff Tweedy already announced he’s hard at work on his life story while the first band-approved biography of the Replacements is set for release this coming March.

Although Smith’s M Train and Brownstein’s Hunger Makes Me a Modern Girl are must-reads indeed, it’s an arduous task to sing the praises of every book released in 2015 so we pared it down a bit. Read on for our list of 2015’s music book essentials. 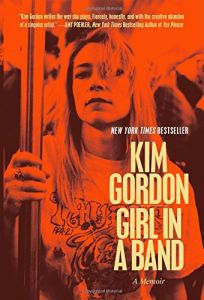 Girl in a Band by Kim Gordon

The dissonance-dripping riffage and oceanic noisescapes have all but ended for New York City art-rock legends Sonic Youth but that hasn’t stopped two of its prolific mainstays from delving into other mediums, particularly that of the written word. Power couple-turned-divorcees Thurston Moore and Kim Gordon each served up their own tomes in 2015 but only one explored the lurid details of their very public split while bleeding a world of hurt right off the printed page. That, of course, wasn’t Moore’s book of lyrics and poems he called Stereo Sanctity but Gordon’s Girl in a Band. Her brutally honest sprawl hits the reader in the gut right off the bat, diving headlong into the tumult of what ultimately was Sonic Youth’s final show before tracing her path from her sun-drenched L.A. beginnings to thorough dissections of favorite SY records from the star-powered NYC musician/artist/fashion mogul/feminist icon. 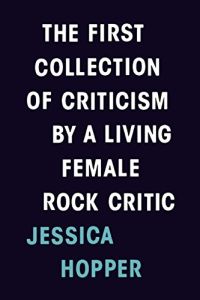 With a treasure trove of deep thinking criticism, personal essays and album reviews culled from her mind-expanding career-spanning arc, The First Collection of Criticism by a Living Female Rock Critic by ace Pitchfork contributor and self-described “feminist critic” Jessica Hopper squashes the notion the music writer crowd is all crusty male-dominated, all the time. With its acid-tongued title ostensibly aimed at the haters, Hopper admits it’s “about planting a flag” while nodding to female scribes like Ellen Willis, Lillian Roxon and Caroline Coons before embarking on her greatest hits. Highlights are copious as a 20-something, punk-inspired Hopper, writing for Punk Planet in 2003, examines misogyny inside the Emo scene (“Emo: Where The Girls Aren’t”) before becoming a staple and distinct voice at her hometown Chicago Reader, SPIN and The Village Voice while gushing poetic about Superchunk, Dinosaur Jr, R. Kelly, Hole, Lana Del Rey and loads more revelatory pieces. 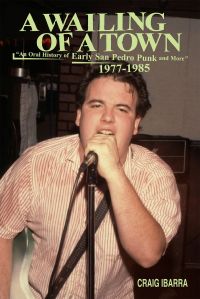 A Wailing of a Town: An Oral History of Early San Pedro Punk and More 1977-1985 by Craig Ibarra

The cover of A Wailing of a Town couldn’t be a more fitting tribute to the embodiment and spirit of San Pedro punk rock: the late, great D Boon of visionary punk titans the Minutemen slinging his guitar and wailing into the mic like there’s no tomorrow. The criminally overlooked Pedro scene that Boon and his Minutemen mates, bassist Mike Watt and drummer George Hurley, helped put on the underground rock map is rightfully given the hero worship treatment by hometown scribe Craig Ibarra in this exhaustive oral history gloriously littered with classic gig flyers and rare photos. Taking inspiration from the likeminded Please Kill Me and We Got the Neutron Bomb, A Wailing of a Town gathers recollections from Watt, members of Pedro freethinkers like Saccharine Trust, bassist Chuck Dukowski, and many other SST Records luminaries in revisiting this longshoreman town’s deep and crucial history where gigs by the Minutemen, Black Flag and the Descendents remain stuff of DIY punk legend. 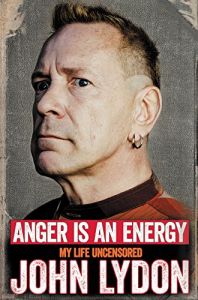 Anger Is an Energy by John Lydon

In his post-Sex Pistols anti-band Public Image Ltd, John Lydon famously sneered, “This is what you want/This is what you get” on 1984’s “The Order of Death.” Thirty-odd years later, the Sex Pistols iconoclast is still living up to that ethos, both in PiL (his longtime outfit recently released a new record) and manically in prose, naturally spewing out a maelstrom of wordage with his trademark piss and vinegar style. The 500-plus page Anger Is an Energy: My Life Uncensored is classic Lydon in all his snotty glory, ranting and raving with pedal to the metal as he pats himself on the back for his musical genius on one slew of pages and bashing Pistols manager Malcolm McClaren from his grave on the next. Lydon, better known as Johnny Rotten, does manage to get uncharacteristically mushy, paying tribute to his long-deceased Pistols pal Sid Vicious with some touching testimonials. 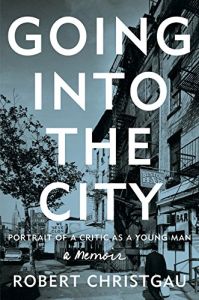 Going Into the City by Robert Christgau

In the trailblazing canon of rock and roll critics, Lester Bangs, Greil Marcus, Richard Meltzer and Dave Marsh sit atop the throne as music scribe royalty but there’s only one who famously crowned himself “Dean of American Rock Critics.” That grizzled journalistic pioneer is Robert Christgau, the wordsmith and provocateur who famously feuded with Sonic Youth, birthed—for better or for worse—the album rating system, is notorious for his thousands of compact, in-your-face reviews, and was the face of the music section of The Village Voice for nearly four decades. All that is covered and then some on the sexually charged love letter to New York City Christgau aptly titles Going Into The City. Like his short, take-no-prisoners critiques, the Dean tightly paints his revolutionary shaping of the rock criticism universe complete with mediations on the loves of his life while taking the reader to school on his unrivaled encyclopedic knowledge. 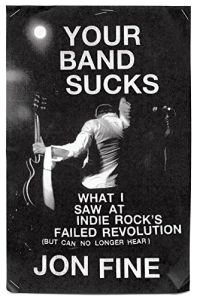 Your Band Sucks: What I Saw at Indie Rock’s Failed Revolution (But Can No Longer Hear) by Jon Fine

Like the slash ‘n’ burn fret-hopping wizardry he rattled off in über-influential post-hardcore heroes Bitch Magnet, guitar godhead and celebrated business writer Jon Fine proves just as mighty with the pen on his no-holds barred memoir, Your Band Sucks. Whether vividly recounting his suburban New Jersey-bred upbringing of nerding out on punk, ‘zines and college radio during the 1980s-era underground rock heyday and waxing pathetic about his difficulties getting laid to getting kicked out of his own band, Fine pulls no punches. Part mudslinging and part mea culpa for his dickish antics of yesteryear, Fine’s epic takes him on a soul searching mission that follows 2011’s unlikely reunion of Bitch Magnet through the exclusive lens of an indie punk insider. 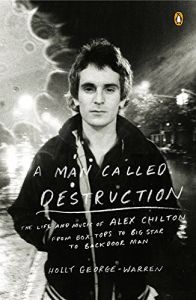 A Man Called Destruction: The Life and Music of Alex Chilton by Holly George-Warren

Yes, this book technically came out in its hardback edition in 2014, but hey, the paperback edition came out in 2015 (thus, punk), also: it’s a revealing book about Alex Chilton, so forgive our drooling. Five years after the tragic and monumentally untimely death of pop-centric tunesmith Chilton, the Big Star frontman’s songwriting genius, anti-legend and undying influence to bands like R.E.M., the Replacements, The Posies and Teenage Fanclub remains as vital as ever. That narrative, along with a microscopic dissection of his family roots, is carefully articulated in Holly George-Warren’s heart-on-sleeve biopic of the eccentric recluse whose life was cut way too short. As it turns out, George-Warren was originally handpicked by Chilton to tell his story but it never panned out. Until now. A Man Called Destruction navigates Chilton’s whirlwind trajectory from teenage singing sensation with The Box Tops to power-pop pioneer to R&B lounge act to finally embracing the cult legend of Big Star. 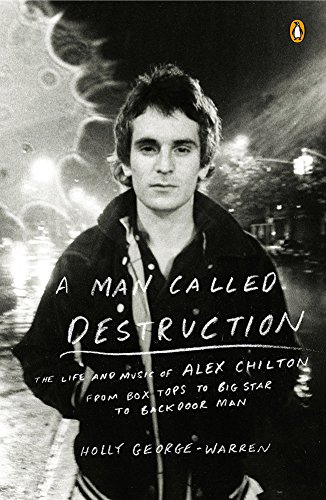