I know, I know, that’s not that much of a difference, and the amount is still being raised when in reality, Congress and the EPA should abolish the Renewable Fuel Standard, but I’m counting it as a small win. See, I’m one of those people who would prefer drastic change, but won’t scoff at incremental change.

I mean, I’d like to get to a point one day where we talk about how much more or less we’ll be cutting spending rather than quibbling over how many billions we’ll be increasing spending. But realistically, that day is far away. I’d rather take a small victory of spending less than intended than doing something that would result in maximum additional spending.

The same goes for the RFS right now. The EPA could have gone ahead and done what Congress mandated and pushed the amount up to 22.5 billion gallons—up from 16.3 billion this year—but it didn’t, because it would have been harmful and the EPA knows it.

While the new levels could certainly push the amount of corn ethanol in our nation’s fuel supply past the “blend wall” (the point where adding any more ethanol would begin to damage a car’s engine), they are much safer than the originally mandated level of 22.5 billion gallons.

That being said, the RFS in itself is a ridiculous mandate that should be abolished. The mandate originated in the Energy Policy Act of 2005 but was expanded into what we know it as today in the Energy Independence and Security Act of 2007. Back in May, the Obama administration acknowledged that American’s could not possibly use as much ethanol-blended fuel to meet the demands of the 2007 law, but developed a new program to force Americans to do just that.

As the Wall Street Journal wrote in a June editorial: “In other words, the point of the subsidy is the subsidy, and therefore the U.S. must subsidize ethanol because the U.S. already subsidizes ethanol. Once in place, such self-referential mandates appear to be eternal.”

Proponents of the ethanol mandate insist it is needed to wean America off of fossil fuels and to promote alternative fuels. But let’s be clear: If ethanol really were a viable alternative, it wouldn’t need a mandate.

Studies are unclear on whether there is a benefit to ethanol. Some claim that it takes slightly less energy to produce ethanol than the end product creates. Other studies, like one from Cornell University professor David Pimentel, shows that it takes as much energy to create ethanol as the product produces. Factor in complaints about using food for fuel (when we have a hunger problem in the world, no less) and the amount of farmland being devoted to growing corn for ethanol, and it’s not the miracle alternative energy we were promised.

And we also can’t ignore one important reason why ethanol is so favored by politicians: Iowa.

Nearly half of all of Iowa’s corn goes toward ethanol production, and the state accounts from nearly 30 percent of all ethanol, according to the Iowa Corn Grower’s Association. A 2009 article from Popular Mechanics spells out the situation:

“There’s a simple reason that ethanol is popular with politicians: money. Substituting corn ethanol for a large fraction of the gasoline we burn will mean sluicing gushers of cash from more populated states to politically powerful farm states. And a lot of that cash will wind up in the pockets of the big agribusinesses, like Archer Daniels Midland, that dominate ethanol processing—and whose fat checkbooks wield enormous influence in Washington.”

ADM, it should be noted, is not based in Iowa, but the sentiment of the power of money is what’s important here.

Iowa gets to boast about its “first in the nation” caucuses, and you can see how important those are to politicians. When speaking to crowds in Iowa, even conservatives known for tough talk on government spending, like Rick Perry or Mike Huckabee, will bow to political pressure and offer support for ethanol. Hillary Clinton opposed an ethanol mandate in 2002 when she was a U.S. Senator, but of course she began to support it once she started running for president ahead of 2008.

One can see how much politicians pander to Iowans for their votes, since so much of the state’s economy is dependent on ethanol. There are some presidential candidates this time around, like Texas Sen. Ted Cruz, who oppose the mandate and are not backing down from saying so even in the face of a negative ad campaign.

If Iowa didn’t have so much power over politicians with this primary, ethanol would no doubt be less well-protected than it is, and until politicians en masse are brave enough to stand up to the state’s voters, Americans will continue to subsidize an unviable energy program. 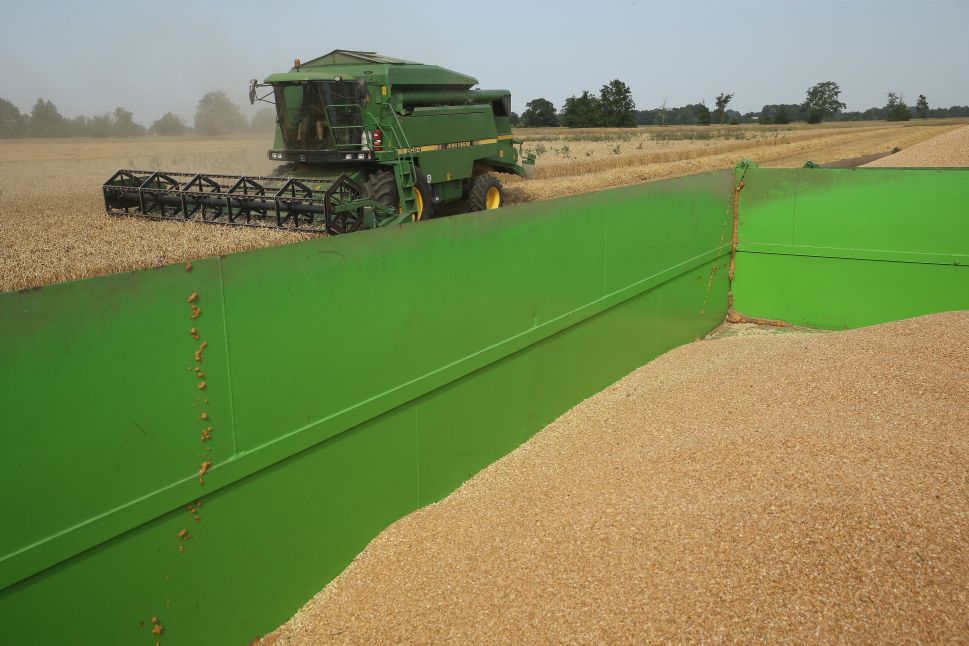