In Joss Whedon’s beloved Firefly, a crew of mismatched individuals traverse the galaxy while getting their hands dirty to get by. The universe itself exists in the aftermath of a civil war and the main character’s backstories all stem from their involvement in this conflict. As we learn in The Expanse’s third episode “Remember the Cant” (short for Canterbury) a rehashed version of this trope emerges as the crew of The Knight is captured and interrogated by the Martian Navy.

While the idea of a space-based war exists as an almost certain future in The Expanse rather than an event that previously occurred, it shapes the story in almost the same way as seen in Firefly and Ronald Moore’s Battlestar Galactica. In Whedon’s film version of his cancelled sci-fi western, The crew of the Serenity work to ensure a broadcast is sent out to occupants of the galaxy that would reveal an injustice perpetrated by the military of the ruling government.

The Expanse begins this episode with a very similar event as Jim Holden’s desperate video message broadcasted in the final moments of the previous episode reaches Ceres Station and inflames widespread dissent.

For the first time in the series we see members of the Mars naval fleet and they are nothing like their Earther or Belter counterparts. Their flagship naval vessel, The Donnager, where the crew of The Knight have been captured and imprisoned following the destruction of their ship The Canterbury, is sophisticated and far more technologically advanced than other spacecraft seen so far. The ship’s Martian crew are completely obedient to their Mars-based command. and their methodical interrogation of the captured crew quickly reveal the backstories of some key characters of The Expanse.

The seemingly despondent captain of The Knight, Jim Holden, was born on a 22-acre farm in Montana -what’s known in the future as the North American trade zone.Holden is genetic mix of 5 fathers and 3 mothers reveals his Martian interrogator, and was probably conceived so his nuclear family could qualify for a tax incentive. Holden’s checkered military record while enlisted in Earth’s fleet comes heavily into play -a beaten-to-death story used in many space-set shows or films to drive the story of a ship’s captain. Malcolm Reynolds, the captain of the Serenity in Firefly is a direct example of this as well as Captain Adama in Battlestar Galactica.

Jim holden was dishonorably discharged from his post in the military for striking a commanding officer and refusing a direct order. As he explains to his captor, Holden refused to fire on a Belter ship that was smuggling civilians and charges both Mars and Earth with “stepping on the Belters for over a hundred years.” He “didn’t want to be the boot” Holden explains. While this backstory is pretty standard, one thing that should stand out but was rushed through during the interrogation was the fact that Holden hasn’t seen Earth in 12 years. The hopelessness and desperation that humans experience the further they are from Earth is a major theme established in the first two episodes.

Years of this desperation in the asteroid belt has resulted in the formation of a resistance-type organization called the Outer Planets Alliance or OPA, which the Martian navy accuses The Knight’s engineer Naomi Nagata of being a member of. During her interrogation it’s revealed that Nagata is very well educated and has at least 2 advanced degrees in fusion drive design -technology we can assume is used in spacecraft of the future. Nagata’s interrogator claims that her knowledge used to save The Knight from drifting in space after the attack on The Canterbury are “skillsets of a terrorist”. Like Holden, Nagata charges the Martians with committing many injustices to the Belters.

The Knight’s pilot Alex Kamal, upon capture, is separated from the rest of the crew and shown unusual hospitality. Kamal reveals to his fellow crew members that he is shown respect for being honorably discharged after having served 20 years as a member of the Martian navy. Kamal is given a full military uniform to wear and is not confined to a cell like the others.

In a short burst of humor –rarely translated properly in this moody show– the crew’s cowardly medical officer, Shed Garvey, asks “if that was an option” -assuming Kamal somehow immediately joined the captors military force. It is revealed from interrogation that Garvey forged his credentials to become The Knight’s medical officer and is actually hiding from a drug dealer.

What we learn from the capture and questioning of The Knight’s crew is that the Martian navy suspects one of their members of being responsible for the nuclear attack that destroyed The Canterbury and is a sleeper agent of the OPA. Kamal claims during a heated reunion of the crew following their questioning that Mars could not be responsible for the attack because it is far from their interests. The events aboard the Martian naval vessel end with an unidentified ship heading towards them.

On Earth, the United Nations is also working to try and solve this mystery. Undersecretary Avasarala believes Mars is responsible for the attack and claims they are trying to destabilize Ceres Station. She insists to her colleagues that the UN must deploy the fleet to the asteroid belt in preparation for a potential attack by Mars. Her reasoning follows the capturing of an OPA agent in the first episode who was carrying Mars-developed stealth technology which Avasarala claims can be used for a first-strike.

The Undersecretary realizes that if Mars controlled Ceres Station, it would become completely independent from Earth due to control and exclusive access to the resources abundant in the asteroid belt. Mars would basically cut out the middling Earth-based corporations who control distribution.

To connect with the so-far unseen Mars, we are introduced to the UN’s Ambassador to the red planet, Franklin Degraaf, a longtime friend and colleague of Undersecretary Avasarala. She reveals to him that Mars may be complicit in the attack on The Canterbury and working with the OPA to undermine Earth.

The Ambassador takes this information back to Mars which leads the planet’s military to do a hasty inventory of its stealth weapon technology to determine if any have gone missing. This action –monitored closely by UN intelligence– indicates to the Undersecretary that her initial assessment of the situation may be wrong and another party may be trying to start a war between Earth, Mars and the asteroid belt. Ambassador Degraaf is soon fired from his post and banished from his beloved Mars for starting a panic among the Martian command’s ranks.

It’s important to note than in today’s world, sending back or recalling an ambassador of a sovereign nation can be a precursor to conflict. It’s unclear if The Expanse is trying to directly indicate this given the outcome of the Undersecretary Avasarala’s theories but we’ll have to wait and see.

Regardless of who is responsible for the nuclear attack on The Canterbury, Ceres Station has descended into chaos with the continuation of rationing plus the broadcast of Jim Holden’s disturbing message. Detective Miller is pulled from his assignment to find the missing Juliette Mao and is ordered –along with other officers of Star Helix Security– to keep the peace on the station. Miller’s commanding officer indicates the attack will be exploited by members of the OPA who legally live and work on the station but they must not be arrested for merely being members. The Earth-based corporation that runs the station wants to remain impartial.

During Miller’s rounds around the station we are introduced to a boss overseeing one of the distribution plants, Anderson Dawes. In a showy monologue that looks suspiciously rehearsed, he orders his OPA-friendly work crew to not interfere with the shipments bound for Mars. He explains that Belters should not act like the animals they are perceived to be and does so in front of Miller and his rookie partner.

Detective Miller finds that Dawes is the individual who administered the crew of the Scopuli and that his missing girl may have boarded that ship before it departed Ceres Station. The audience is already privy to this information as The Expanse’s opening scene introduces the missing Juliette Mao trying to survive aboard the drifting ship.

In the background of all these events on Ceres Station, the same inciter spewing accusations and shedding light on the many injustices suffered by the Belters, triggers a riot throughout the station. Miller is sent to dissipate the activity while his partner –who in his brief moments over the past 3 episodes shows solidarity and kindness towards the Belters– is murdered by a group of them in the episode’s final moments. 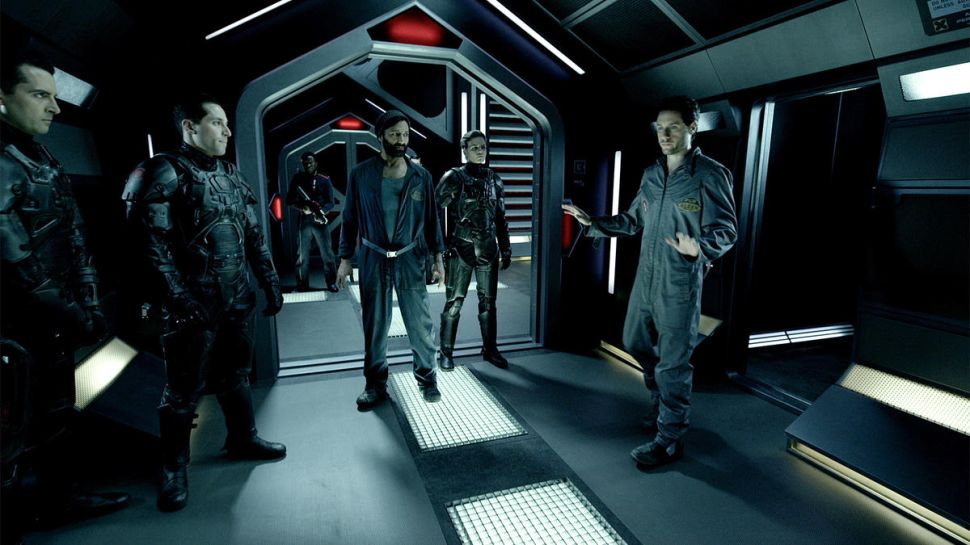