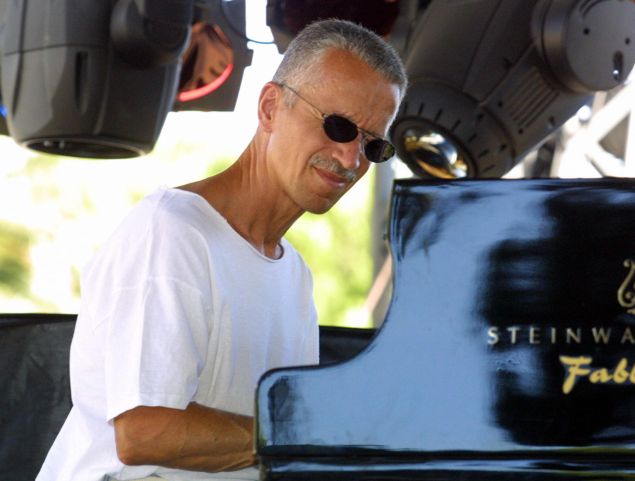 Groaning pianists have always intrigued me. Lots of musicians groan when they play, of course, but pianists seem to have a special capacity for making weird utterances behind the keyboard. I’m not thinking of Cecil Taylor, for whom improvised screaming and shouting is part of the show, but people like Keith Jarrett, Bud Powell, Erroll Garner and Oscar Peterson, who mutter and moan and grunt along to their own solos, so much so that it can feel like a humorous distraction from the music itself if you’re not used to it.

But if you singled out a pianist’s groans on a single track, unaccompanied by music, I think it would be a mystical thing to behold—a kind of glossolalia of the unconscious.

“I once had a recording date where I didn’t realize I had been singing along until I heard the playback,” said the pianist and composer Ezra Weiss, who teaches music at Portland State University. “They were able to mix my singing down so it’s not too noticeable, but it was weird that I had no idea I’d been doing it when it was happening.”

There must be something about the piano that encourages such behavior, especially in jazz, and perhaps classical music. (Glenn Gould was known to groan, too.) Drummers, for instance, can get their pent-up energy out by playing harder or faster, while electric guitarists can always turn up their amps or add more reverb.

But an acoustic piano is just there, a hulking, unmovable mass you’re supposed to sit in front of and only touch with your fingers. You are the obedient one before a baby grand. Groaning, then, could be some kind of unreasonable response to the unreasonableness of the piano itself.

“People ask me why I make the noises I make when I play,” Mr. Jarrett said last year in a video interview with the the National Endowment for the Arts. “Anybody in their right mind would try to find an outlet somewhere, so you know, like, if something’s really happening, the passion just takes over.”

“I think it’s usually a sign of surrendering to the music,” said the pianist Jesse Stacken, who sometimes sings along with his playing, “being fully involved in it to the point that you’re not concerned with the involuntary responses that your body is doing.”

Mr. Stacken added: “It could also be a way of making the piano sing, which is really not that easy considering that every note decays no matter what you do. Connection of your breath to your hand and ear can help you phrase better, more like a good vocalist.”

The pianist Fred Hersch, who tends to keep his mouth shut throughout his own performances, has his own groaning theories. “As a non-groaner, the only reason I can see why people might groan is in frustration or to let off some steam,” Mr. Hersch told the Observer, echoing Daniel Levitin, the neuroscientist and author of This Is Your Brain on Music, who has a decidedly un-mystical view of the groan.

“I think it’s the same reason that people grunt when they do any physical activity—athletes grunt all the time,” Dr. Levitin said in an email. “It’s related to the way the motor action system in the brain works.”

I like to think it’s more complicated than that. There is, of course, a groan taxonomy. All groans are not alike—and some are more off-putting than others. Milt Buckner, who influenced Peterson as well as Garner with his innovative block-chord technique, played his keyboard as through he were sermonizing from the pulpit. “Yes, indeed,” he’d say. “Mmmm, yeah.” His gospel groans rank highest in my own personal pantheon. Peterson’s are a notch below, a grainy sussuration but pleasurable nonetheless. Mr. Jarrett’s nasal whine can seem dissonant at first but grows on you after repeated listens. Erroll Garner’s were wholesome grunts. Bud Powell’s were a little disturbing but he was a disturbed man, so that makes sense. Gould was known to annoy his listeners with his seemingly involuntary outbursts going along to Bach.

When you stop thinking of the groan as a distraction, though, but rather as an odd trademark, it starts to feel indispensable—a part of the music.

Even the the great, recently departed Masabumi Kikuchi’s odd grunts verging on gagging melded into the music after you’d adjusted to them. I once sat in the front row of the Village Vanguard as he performed with the drummer Paul Motian. Kikuchi gagged his way through basically the whole show, and it sometimes sounded as though Gollum were at the keyboard. But eventually, I came to expect it of him.

“My guess is that he was doing it for similar reasons as Keith,” Mr. Stacken speculated in an email. “These two guys are a couple of my favorite pianists. And to me, usually the groaning just adds to the expressiveness of the music. Occasionally it makes me laugh, but what’s wrong with a little laughter in the music listening experience?” 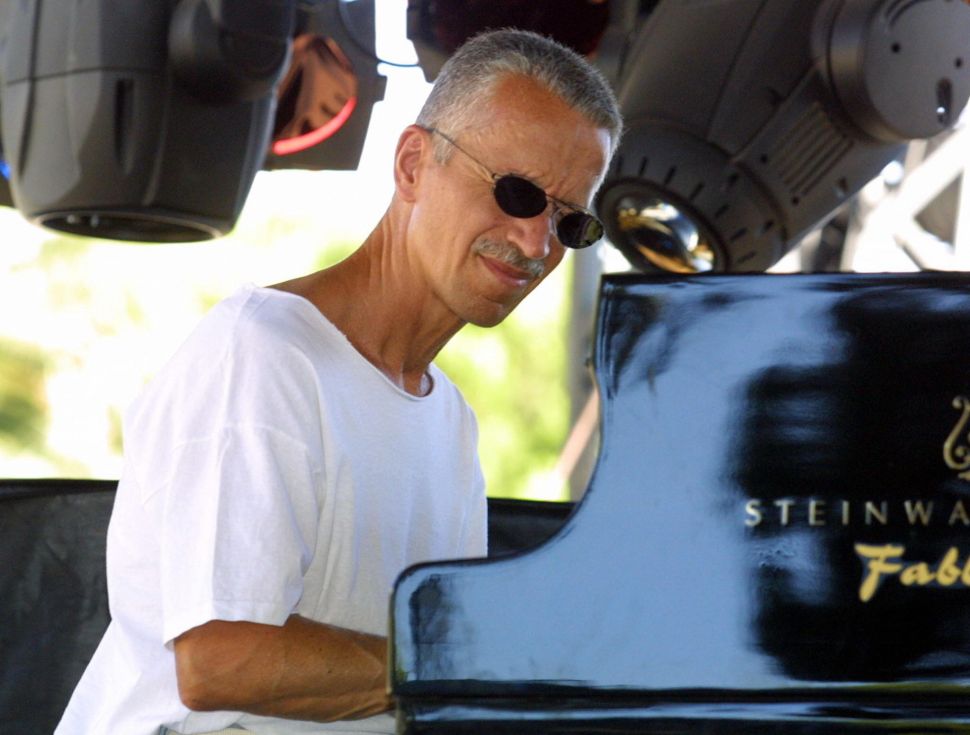