Some people were born to be Nan Kempner—perhaps New York’s most renowned hostess. My mother was skilled in this area.

She’s 93 now, but in her hey day, I watched as she opened our two-story Bronx home on Christmas to my immediate and extended family members; never once catering, choosing to make it all in her own kitchen.

Somehow my mother managed to talk to everyone while still making sure everyone else was eating and drinking, facilitating conversations between relatives who’d all spoken to her separately about the same subjects and generally keeping things moving. Because several relatives—including my daughter Meg and husband Neil—were born in December, my mother would transform seamlessly our holiday get-together into a birthday commemoration serving a sheet cake with candles totaling the celebrants’ ages; the flames showing up our Christmas lights in the burning bright department.

Unfortunately, this kind of dedication to welcoming and accommodating others into my home was not hereditary.

I was always a partygoer, not a thrower. And I have always been a perfect guest, if I must say so myself, arriving early to help set up, bringing whatever is needed—appetizers, desserts, I’ve even brought the main course—then staying late to help clean up. As long as the fete was not at my house, I was up for anything.

As an introvert, I don’t necessarily shy away from gatherings, I just know that every twenty minutes or so, I need to step outside for some peace and quiet; unacceptable behavior for someone running the show as it means ignoring one’s guests. I also prefer to sit away from the fray (aka in the corner) and have nice one-on-one conversations, as the de-rigueur small talk of a hostess, who must make each invitee feel acknowledged, causes me physical pain.

I was back to square one, feeling as though my first try was a fluke and I could not duplicate my responsibilities with confidence.

But not as much pain as the one that shot up my spine, through my head and ended up piercing my right eye when my husband, Neil, who is the oldest of seven, was told by his two younger sisters, Eve and Mary, that we all had to pull our weight in the holiday dinner department as my mother-in-law was no longer up for hostessing every holiday as she’d been doing forever.

Eve volunteered for Christmas Eve, with Mary signing up for Thanksgiving. Neil’s brother Steve and his wife, who live by the beach on Long Island, volunteered July 4. His other brother Andrew’s New Jersey home was deemed too far away from a sitting in holiday traffic standpoint, and yet another brother Tom’s apartment was too small.  Neil’s brother Dan got off the hook because, by the time he got involved in the conversation, all the holidays were taken, as Neil had already accepted responsibility for Easter.

Neil and I are cut from the same hosting cloth, so we both chose not to think about our new obligation, as our turn was several months away. By the time Palm Sunday was upon us though, I mentioned that perhaps we should face facts and get a move on. Neil got panic stricken. To avoid thinking about big-ticket items such as food, house cleaning and spring-themed paper plates, he started obsessing over whether we’d have enough chairs. Since he worked full time and I was a stay-at-home mother/freelancer, he played the I’m-swamped-at-work card, leaving me alone in unchartered territory.

Pulling things together proved the least of my worries. A local restaurant would cater, the nearby stationary store provided an array of themed goods, and a maid service would show up the day before to help me clean up. I determined our chair situation to be satisfactory.

With everything in place, I waited for my in-laws, Neil’s siblings and their families, my mother and aunt, and a few sundry guests, while in search of a paper bag to breathe into.

When the last coat was off the bed, Neil looked at me with pride and said, “We did it.” The newly minted gracious hostess in me quashed the accusatory comment that almost flew out of my mouth, allowing for, “Yes, we did,” to take it’s place.

Yet, the following year I was back to square one, feeling as though my first try was a fluke and I could not duplicate my responsibilities with confidence. But I did do it my second time, and every one thereafter.

As Christmas approaches and I prepare to be Eve’s perfect guest, I am already feeling the stress of my turn four months from now when I must tap into my inner extrovert, to convince those who enjoy our hospitality that I’m indeed the hostess with the mostest. Maybe after a few more holidays, I’ll allow myself to believe it, too. 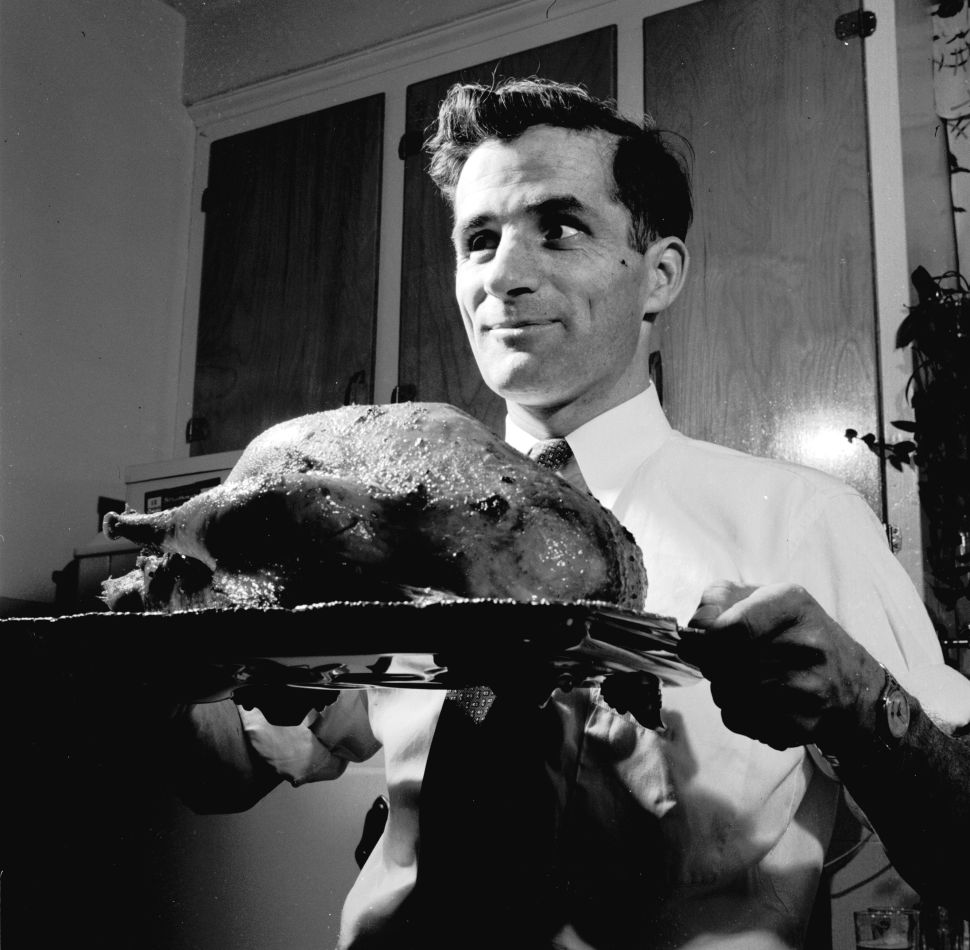