It seemed like Lin-Manuel Miranda had his fingers in enough pies—he composed and stars in the Broadway hit Hamilton (which he also wrote Genius annotations for), and he’s writing music for the upcoming Disney movie Moana.

But Mr. Miranda had one more trick up his sleeve. J.J. Abrams, director of the highly anticipated Star Wars: The Force Awakens, revealed on The Tonight Show Starring Jimmy Fallon last night that he had collaborated with the composer on new cantina music for the upcoming film.

This combination of two cultural touchstones sent Twitter into a frenzy. The hashtag #Force4Ham immediately started trending worldwide as the Internet stepped up its meme game:

I am the S-K-Y-W-A-L-K- E-R – We are – meant to be a galaxy that runs independently #force4ham pic.twitter.com/TxjTboRVT1

Oceans rise Empires fall We have seen each other through it all #Force4Ham pic.twitter.com/kbyBpr0O32

"I will kill your friends and family to remind you of my love" #force4ham pic.twitter.com/nWuYavAwkQ

@Lin_Manuel "You will come of age with our young nation….If we Leia strong enough foundation…." #Force4Ham pic.twitter.com/FGlWfI708K

“You have married an Icarus. He has flown too close to the sun.” #Force4Ham pic.twitter.com/kraKSc0aSa

Looks like a lot more people will be in the (screening) room where it happens on December 18. 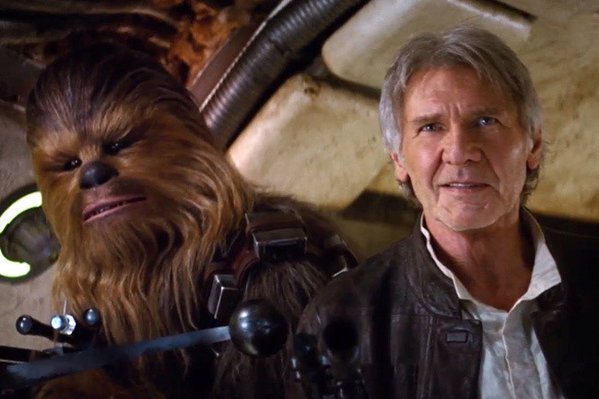