When you mess up at your job, there’s at least the hope that maybe only one or two people will notice. Be glad you aren’t Steve Harvey. When he messes up, the entire world knows about it. Harvey was hosting the 2015 Miss Universe pageant last night when this happened.

Yeah, it doesn’t really get more awkward than that. To make matters worse, the internet has resolved to make sure nobody forgets about it anytime soon.

Sum up Steve Harvey's night in one picture. pic.twitter.com/jCXBStq9HD

I feel bad for Steve Harvey but this meme is perfect timing and hilarious. pic.twitter.com/k3L19B0Sgc

It’ll probably follow him back to his day job too.

At least he had help from someone who’s done this kind of thing before. 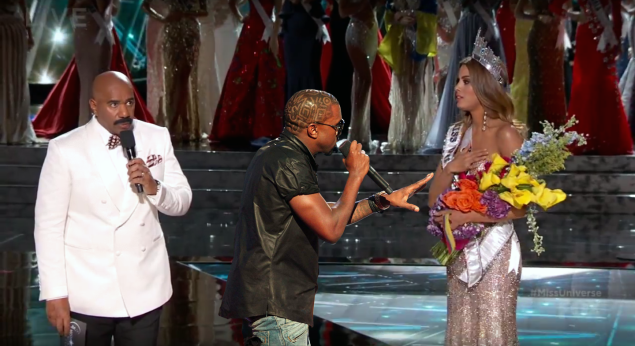 You have to feel bad for Miss Colombia, though.

Steve Harvey is forever remembered in the pageant history 😂 pic.twitter.com/JO26KhhVgA

That awkward moment when Steve Harvey realized he crowned Miss Columbia as Miss Universe instead of Miss Philippines pic.twitter.com/wVZ3XUtQuk

But it’s clear that Harvey stole the show from both Miss Philippines and Miss Colombia.

Steve Harvey.. You had one job. pic.twitter.com/uLTPd6pMHq

He did try to apologize, but that didn’t work out too well for him either.

Poor Steve Harvey. He's definitely not going to be invited to host the spelling bee this year. pic.twitter.com/Eg25PE5ChI

And to be fair, it’s not like the pageant organizers did Harvey any favors.

This was the confusing card. Anybody could have made the same mistake that Steve Harvey did. pic.twitter.com/USub6YfXaz

Look closer. Who designed that card? This is why copy editors are important, people.

everyones getting mad at steve harvey… what about the fact that they spelled elimination wrong pic.twitter.com/jg5L03ONKp

One of the best memes to come out of all this has been blaming Harvey for other famous mix ups.

"I'm sorry. I made a mistake. Carrie wasn't Prom Queen. She was the runner up." – Steve Harvey #MissUniverse2015 pic.twitter.com/Ha4hTvAS5e

This looked like so much fun, I decided to try one. 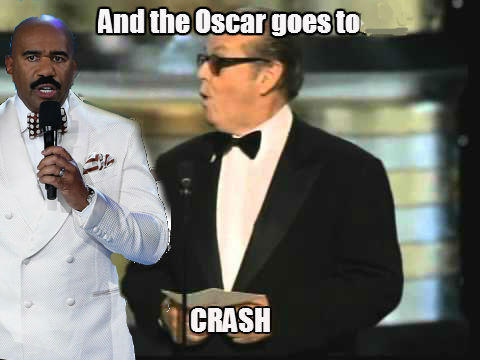 The best part of all this though is that Steve himself has become his own meme. There’s no official name yet, but it could be “Sticky Situation Steve.” 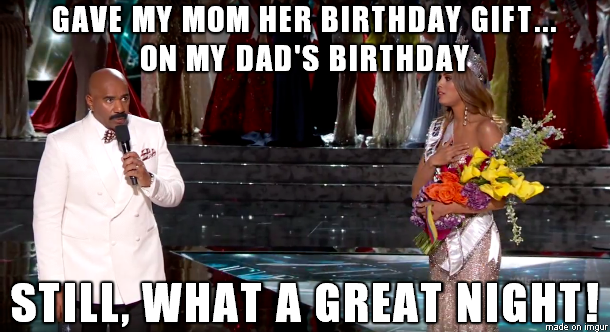 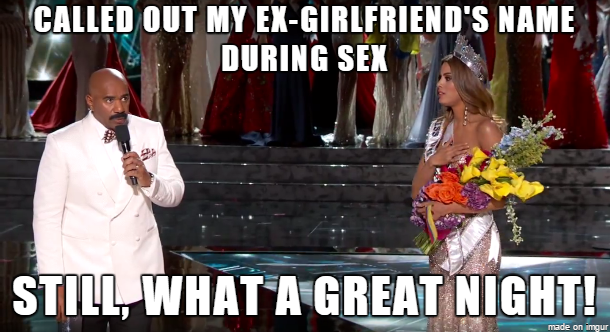 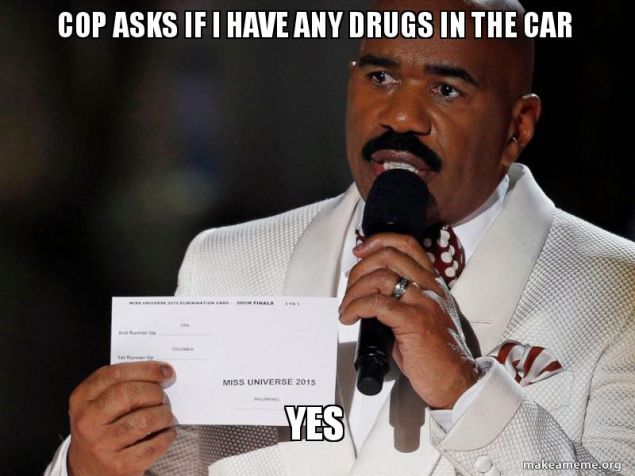 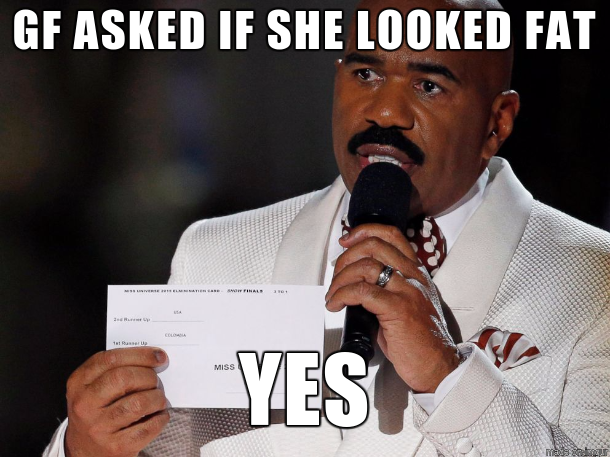 And the best/worst one I’ve seen: Dr. Steve Harvey. 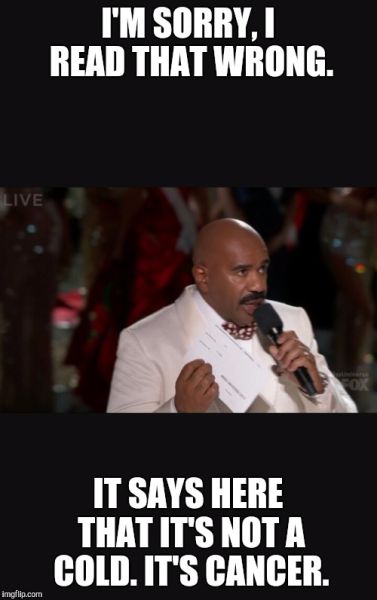 But hey, the screw-up wasn’t all bad. Some found it kind of uplifting.

Friends, no matter what you're facing today, remember that you're not Steve Harvey. pic.twitter.com/UkiIqlXtfh

I think Steve Harvey was just trying to teach us a Christmas lesson about how, deep down, we are all Miss Universe.

And you know what? I think Steve Harvey’s going to be OK.

If I was Steve Harvey I’d just tweet this image and disappear forever. pic.twitter.com/HaQTvkc0Xh 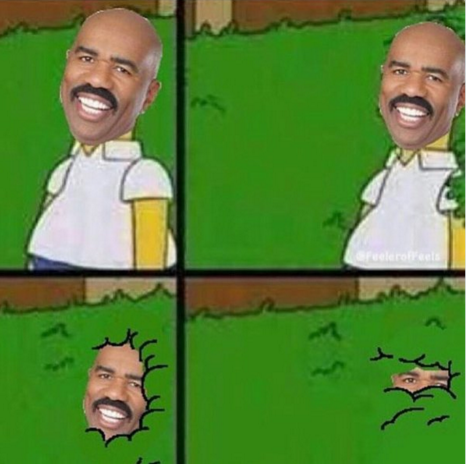