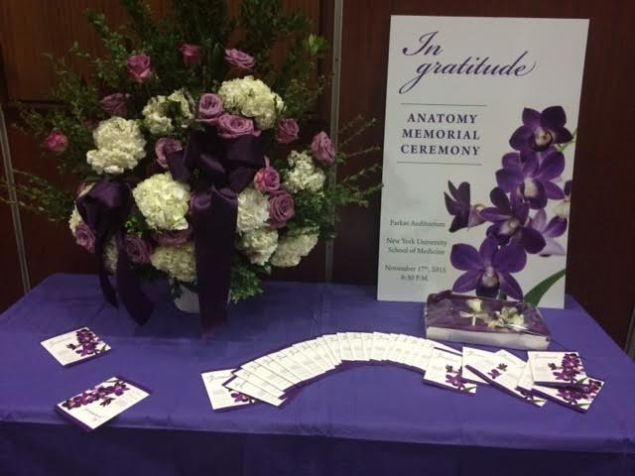 After a memorial for cadavers at NYU Medical School last month, an event that brings together family members of people who donated their bodies to science and the medical students who dissected their dearly departed, I wiped my eyes and let future physicians guide me to the buffet table outside Farkas Auditorium. During the service, two medical students sang Adele’s “Hello,” which still rang in my head as I placed cherry tomatoes and cheddar cubes on my plate.

Dr. Victoria Harnik, associate dean of curriculum, further honored the 25 deceased by reading from Body of Work, a memoir by Christine Montross, a poet and doctor.

At 41, I stood out among the remaining 20-somethings milling about. “Are you a family member?” asked a young woman with intelligent eyes and long dark waves, the kind Rita Hayworth flipped in Gilda.

Sensing her empathy, I explained how I conceived my own ending two years ago, even though I was healthy and intended to thrive. With anatomical donation being generous and more economical than a traditional funeral, I reasoned I could enjoy my life with more contentment knowing that my flesh and bones would one day serve others. I selected NYU School of Medicine two years ago, primarily because the receptionist was nice; when I asked for a tour of the lab, NYU gladly granted my request. 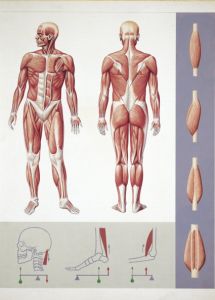 I developed an easy rapport with my guide, Dr. Melvin Rosenfeld, associate dean for medical education, who endearingly called me his “living cadaver.” He asked I keep in touch. About a year ago, he invited me to attend last year’s memorial ceremony, which reinforced my decision. My body, I learned, offered more than any textbook. My only regret is that I will never meet the kids who will ultimately unpack highways of vessels leading to my heart.

Following the mass memorial, I sat with Ms. Castro, 23, and the 2018 class president Kyle Pires, 24, who organized the program. Tall and elegant in a suit, he gave me full eye contact. At the memorial, he spoke about kindness in an era of terrorism. “It is often hard to believe in others,” he had said, “but then again, maybe that’s because we hear more about the scary, the sad and the terrifying. That is why it is so important to make an effort to recognize the altruistic, the generous and the good in our lives.”

What impressed me was his admission that medical school was rewarding, but also really hard: “I never doubted that this was what I wanted to do,” Mr. Pires said. “I doubted that I was good enough to do it.”

While he elaborated, I pictured the watchworks inside me, like the chorda tympani, a facial nerve that travels from the brain to the tongue to allow taste. In his excitement, Mr. Pires replaced the words “the body” with “my body,” forever intertwined with the woman he dissected as a first-year student and the man he opened the next year.

His first cut was with a bone saw to the ribs. The insides looked uniform, he said, not like the obvious red arteries and blue veins in a Netter drawing from high school biology class.

When Ms. Castro opened her lady’s chest, she became both scientist and mourner. “Your first emotion is, ‘This is so cool,’ ” she admitted. “Your immediate next reaction is, ‘This is someone’s body,’ ” Ms. Castro said. “I lay my hands on my lady and said, ‘Thank you so much. I’m so sorry I’m about to mutilate you. But I’m learning.’ This is not a piece of ham. This is the uterus they brought babies into the world with. These are the lungs they breathed with.”

“For me, it was the hands,” Ms. Castro added. “They could be my grandma’s hands. I remember some late nights I was the only one in the lab. If someone told me, ‘You will be in a room with 40 dead bodies,’ I would have freaked, but it was surprisingly calm. I was just there studying. I covered up one. Went to the next. I felt very, very calm.”

I did as well. 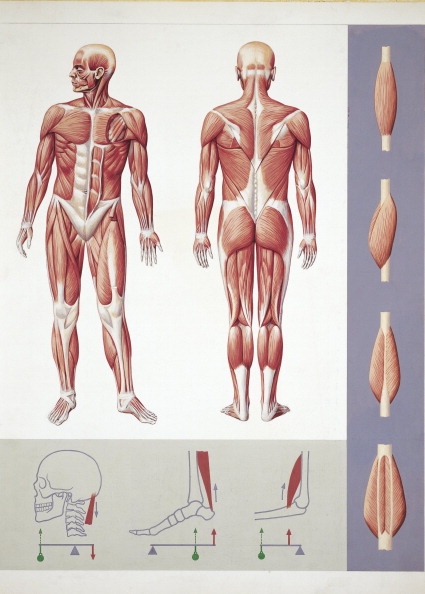