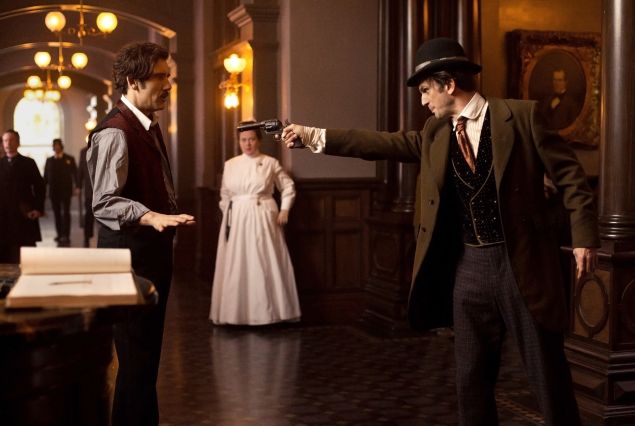 This week, there’s no shortage of brutal curveballs and harsh revelations for everyone at The Knick. In fact, there’s plenty to go around.

Cornelia is still reeling from the revelation that her father was sending sick passengers into the country by issuing them second class tickets, thus sparing them the scrutiny reserved for lower class immigrants and saving the family shipping company bundles of money in fines and return trips back to Europe. Neely is just sick about the whole thing and when she tells Henry, he seems to be as well. But is he upset because he’s disgusted, or because he’s a co-conspirator? There’s something about the way the camera lingers on him at the dinner scene that makes one think he’s not disturbed over the fact that the family brought bubonic plague outbreaks into the country through the company’s major ports. He’s upset and nervous because he got caught. Sure, Speight was killed when he made the same revelation. Will the family do the same to their perpetual do-gooder Cornelia?

Cornelia isn’t the only woman to recently get the wind knocked out of her. Perhaps Effie Barrow weathered the most brutal blow when she accidentally received a call for from a vacuum salesman confirming when he can install the new device. Poor Effie thought she was on the receiving end of a mildly romantic, yet practical gesture of a new household, state of the art household appliance from her husband. Seriously, there’s never been more proof that this show takes place in another era than Effie’s giddiness over what she thinks is a surprise vacuum unit. The real surprise is that he sold the house out from under her so that he could afford the entry into an elite club and will be moving into the townhouse with the sweet vacuum unit with a sex worker with which he paid an exorbitant amount of money to be liberated from Ping Wu. If we know anything about Barrow at this point, we know that he gets himself into a new pickle the minute he somehow frees himself from the old one. Case in point, Ping Wu strongarming him almost immediately Barrow thought his debt died with Bunky Collier. Still, if there’s any kind of comeuppance in store for Barrow and his slithery toad face, let’s hope it is swift and decisive.

Unfortunately, this is The Knick, so misery isn’t doled out to who “deserves” it. If you’re not rich or white, misery is merely the starting baseline for living in this grim and unforgiving world. And as Neely is finding out, being white and wealthy isn’t much of a shield from the harshness of life in 1901, either. After all, she’s a woman. And privilege certainly isn’t softening the blow of Gallinger’s realization that his wife Eleanor is not exactly recovering from last season’s nervous breakdown, despite what her desire to start popping out more kids would suggest. The bizarre daze through which Eleanor served dinner to Dr. Cotton suggests that she wasn’t quite aware just how much havoc his teeth-removal therapy wreaked on her self-esteem and her psyche. It turns out Eleanor was painfully away of the damage Dr. Cotton had done. In fact, she was so aware that she fed him rat poison when she had him over for dinner to thank him for getting her well. In the most self-aware she’s ever been , Eleanor admits to her husband that she’s “not well at all.” Her confession buys her a lifetime trip to an insane asylum that looks way less cruel than the one in which Dr. Cotton practiced. As for Gallinger, sure, he’s horrified and shocked and is tasked with entertaining a police detective while he hopes upon hopes that Eleanor isn’t handing him a teacup full of strychnine.

Yeah, locking his wife away for good is undoubtedly upsetting, but he ends the episode with his sister-in-law Dorothy on top of him, so he’ll get over it.

While Gallinger is rebounding with Dorothy after gushing over her superior genes, Algie went rooting around his desk in the hopes of finding evidence over the hernia procedure Gallinger sabotaged. Instead, he found something arguably more horrifying, the record of all the boys he involuntarily sterilized at the so-called idiot house. The outraged Dr. Edwards takes the evidence to Thack. While Thack doesn’t approve of Gallinger’s extra-curricular surgeries, he certainly doesn’t share Algie’s indignation. Agreeing with Algie but not sharing his justified indignation is a running theme in his life, and one he doesn’t have patience for much longer.

As for Thack, he’s been doing well. He’s been madly back in love with Abby, the stable presence in his life keeping him sober. He’s had such a positive and calming influence on her that he even employs her as a source of amatuer talk therapy for the last patient left alive in his addiction study. The alcoholic he thought he cured with hypnosis managed to relapse right into a grave after he drank straight from an intravenous rig filled with what was probably straight morphine. So much for imagining that alcohol was his mother’s feces.

Here’s the thing with this show, we can’t have Thack content for long. Tortured and erratically brilliant is the man’s default setting. So, what’s the easiest way to return him to that setting? Get rid of Abby. After all, she’s been as ethereal as a ghost as it is, pleasantly haunting him while the girl he killed in surgery occasionally pops up to cripple him with anxiety. Unfortunately, Abby does herself in by taking her sleeping medication before Bertie and Nurse Elkins knock her out with ether before her cosmetic surgery to fix her nose. Given the setup with the rabbit earlier in the episode, this would have been a great time for Bertie to demonstrate some heroics and save her with the Pulp Fiction style adrenaline shot to the heart. Alas. Abby’s gone, and we can assume she took serene and sober Thack with her.

But hey, there’s enough torment to go around. While Lucy is in the midst of being doted on by Henry, and accruing the financial rewards, she finds out her dad never left New York in first place and ended up having a stroke in a brother. Like, Thack, her preacher dad also like holing up with sex workers in opium dens.

And while Cleary and Harriet were off into their business venture, making condoms, and generally being adorable together, Cleary had to go and ruin it by putting the moves on Harriet.

Men. They ruin everything. 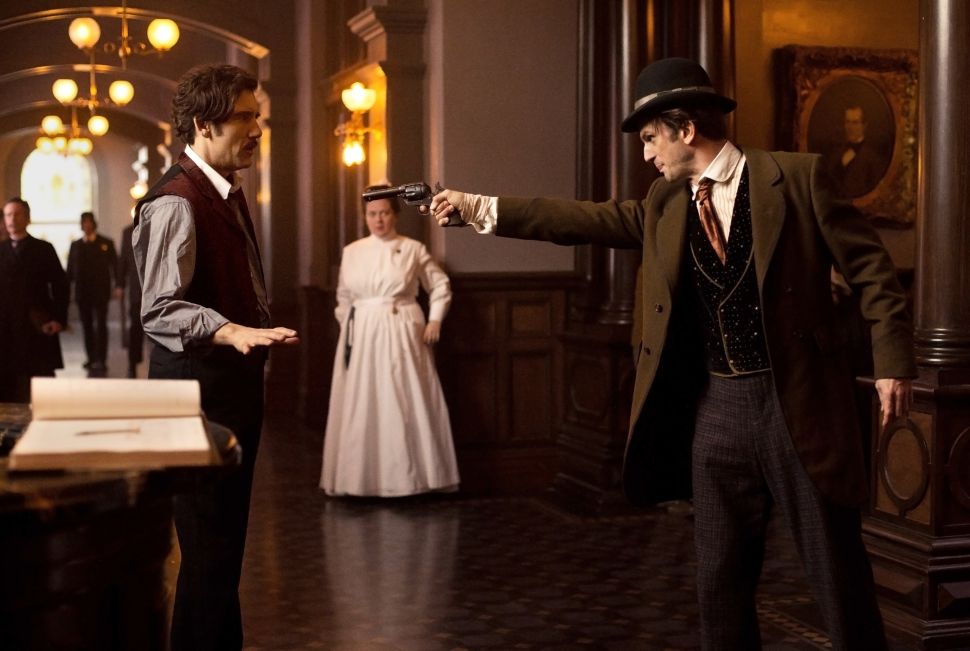