If it was obvious to the viewers last week that Barrow had a lot to gain by burning down the Knick, then it was certainly obvious to the police detective trailing Barrow at both his work and his prestigious Metropolitan Club. If all had gone to plan, reconstruction on the new Knick could have started over, with Barrow skimming off the construction and paying off his ex-wife’s blackmail. Unfortunately, that well ran dry after Henry negotiated an insurance payout, reimbursed the donors, and withdrew the Robinson largesse out of the Knick once and for all. It turns out that Henry would rather have the city take over the hospital and direct his energies over rebuilding the fortunes that his father squandered.

Of course, one of Barrow’s posh club acquaintances through the meddling detective off of his trail, but not after Barrow signed over power of attorney to Junia in the event that he had to hire a lawyer and take out a loan against his new home to pay the fees. While, we never actually get to see Barrow get his comeuppance, the retribution is certainly implied. We can only assume Junia wasted no time fleecing her mark after the ink dried. Plus, there those pesky lesions on his hands, no doubt the result of radiation poisoning, or skin cancer, after his frequent exposure to the X-ray machines. Somehow, the hint of encroaching dread is more satisfying than actually seeing Barrow’s life blow up in real time.

Speaking of encroaching dread, a coked up Thack gets it into his head to perform a sideshow of a self-surgery to a packed theater. Sure, he was disgusted when the conjoined twins were paraded in front of an audience by a smarmy huckster, but he doesn’t seem to mind the spotlight and the fanfare that now that he’s the main attraction. And what an attraction he is, disrobing in front of the audience and boasting about how he’s going to cut out the necrotic portions of his intestines with nothing but a mirror and Nurse Baker to aid him. Thack has always been arrogant, but by this point his ego has swollen to near lethal proportions. He won’t listen to reason from Gallinger of all people, that the reason Abby died on the operating table was because her ether was mixed with an unknown drug, which it was. But no, this whole stunt is the result of Thack swearing off ether for himself and then trying to convince the entire medical community to do the same. In this case, Mt Sinai’s Dr. Zinberg is the standin for the entire medical community.

Thack starts cutting himself open and rooting around in his guts and all Chickering and Gallinger can do is give each other uncomfortable glances. That is, until things go south and Thack gets lost in the lights and starts fading out, with flashes of the girl he lost during a blood transfusion and Abigail guiding him into the afterlife.

It would have been convenient if Bertie’s Hail Mary adrenaline shot to the heart could have saved Thack. Hell, maybe it did. I mean, if over 30 years of watching television has taught me anything, it’s that to never assume that a character is dead until I’ve actually seen a body. However, the death of Thack is a safe bet now that Algie has been charged with carrying on his addiction research under the guise that it is “owed” to Thack.

At this point, Algie is ready for a change. Gallinger probably knocked his retina loose for good after last week’s sucker punch, so it’s been suggested that the brilliant surgeon focus on another area of medicine. Maybe a stint in psychiatry and talking to patients, rather than cutting him open will sooth his perpetually boiling inner cauldron of rage.

As for Gallinger, he’s off to Germany with his replacement wife to lecture some audiences about eugenics. Between his Aryan good looks and unapologetic racism, something tells me they’re really going to love him over there.

The only person that seemed to end up better than she started is Lucy, and even that is debatable. Every step of her relationship with Henry has been a negotiation and she did manage to upsell a marriage proposal out of him instead of the prospect of a few months as a sidepiece squirreled away in the Robinsons’ summer home guest house. Her ascent is best captured by her climbing up the stairs amid Cornelia’s descent down the stairs after suffering an implied murder attempt if she didn’t keep her mouth shut about both Henry’s nefarious business practices and the fact that he barbecued their dad when he set the Knick up in flames. Lucy and Henry’s relationship seems anchored on both sides by craven ambition. Plus, they can spend all summer bonding over how they both killed their dads.

This episode wasn’t short of emotional gut punches, and the most severe one involved Cleary comically packed into a church confessional with just his boots sticking out. The whole scene is conveyed through voiceover with Cleary admitting that he set up Harriet to get caught by the cops so that she could be free from her vows and be with him. The worst part about it is that this underhanded plot worked and Harriet/Rose eventually caved to his persistent pleas for marriage.

Cornelia is painfully aware of this, hence why she pawned off her jewelry, abandoned her fate as an oilman’s wife in Ohio, and bought a ticket to Australia, which is literally as far away from New York City as she can get.

It would make sense if this is the last we see of these characters, what with Cornelia fleeing the continent, Gallinger spreading his horrifying ideology in Europe, and Thack possibly fleeing the Earth entirely. However, the showrunners are supposedly in talks with Cinemax on the show would proceed. That’s still not a definite third series order, though. As it stands, each episode of The Knick has been a meditation on the abject brutality of inequality in addition to being exquisitely painful on a near cellular level. Few things have been able to inspire an instant throat lump and pervasive sense of dread quite like Cliff Martinez’s droning synth. If anything, The Knick is a relentless reminder of the abject horror in the banality of everyday living, and God, I couldn’t get enough. 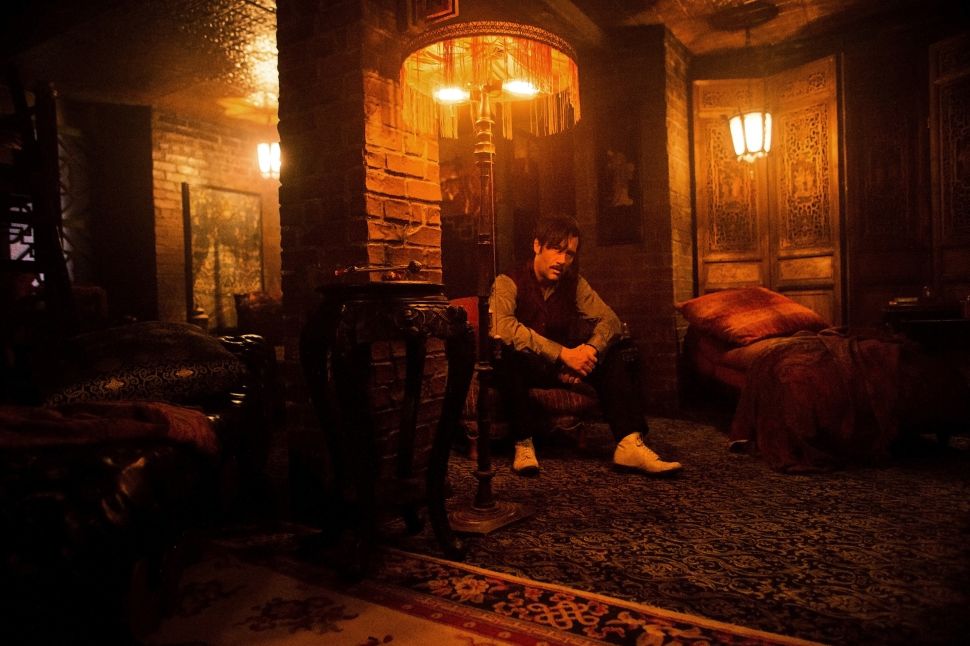