The year could be defined in one word and in that regard it was like every other year in the history of New Jersey going back to the gubernatorial candidacy of George McClellan: surreal. 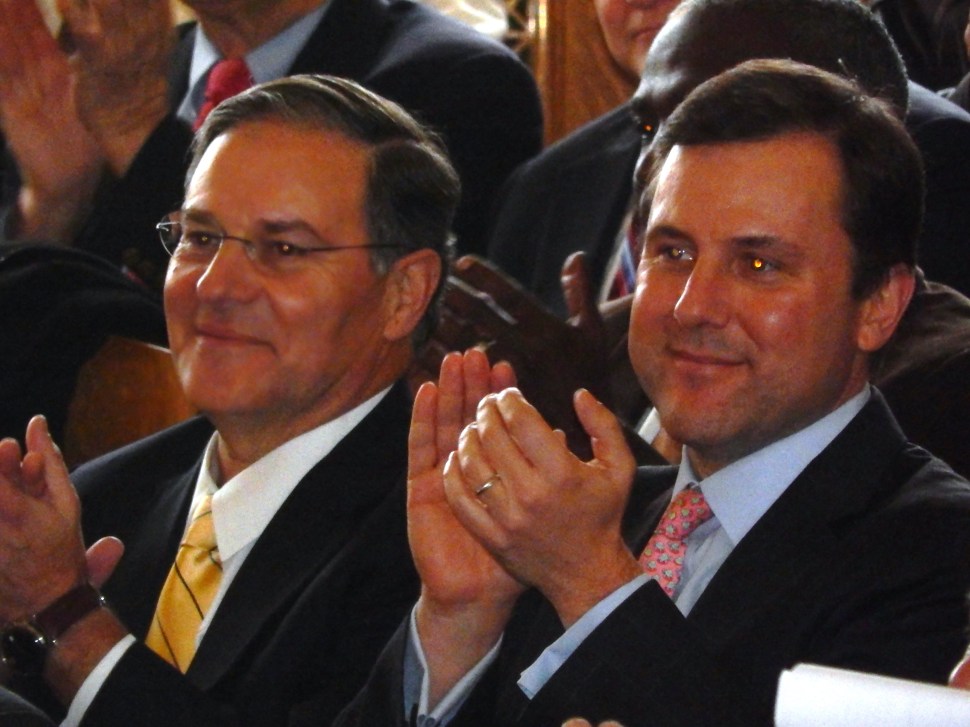 “JB, if anyone asks about 2017 – not that they will – you’re running for reelection to the assembly, ok? Not state senate, not U.S. Senate, not governor. Assembly, got it? And when they ask about my future, tell them president, governor and senator – in that order. JB?” 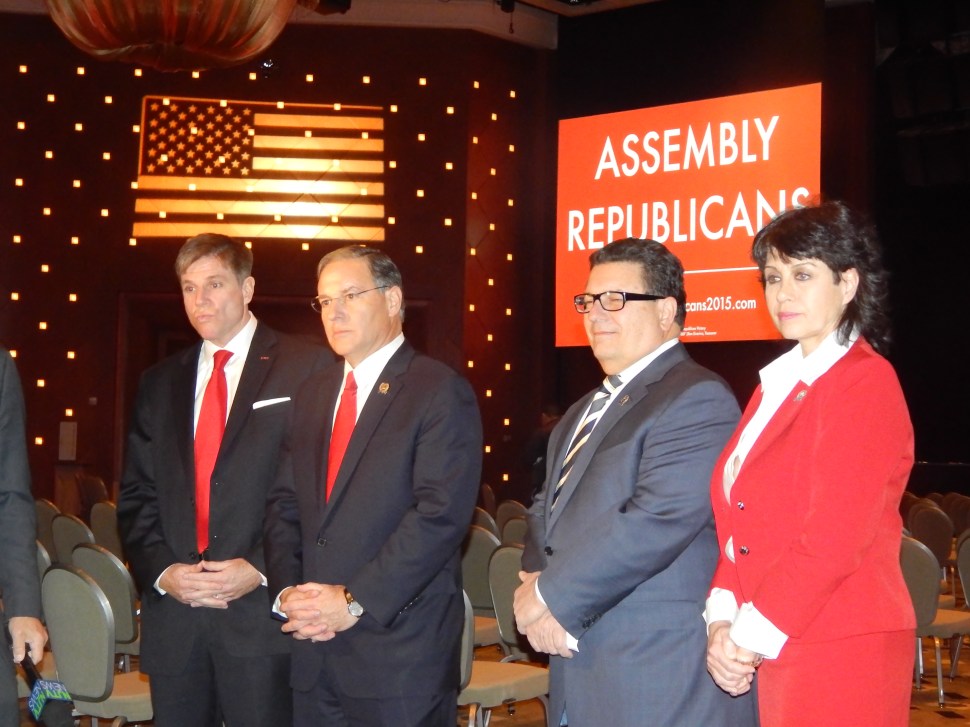 “I’m sorry to bump your shoulder, Chris, I just want to make sure I’m standing closest to the guy who’s going to win.”

“You’re not interested in buying a casino, are you? No? How about a casino capital?” 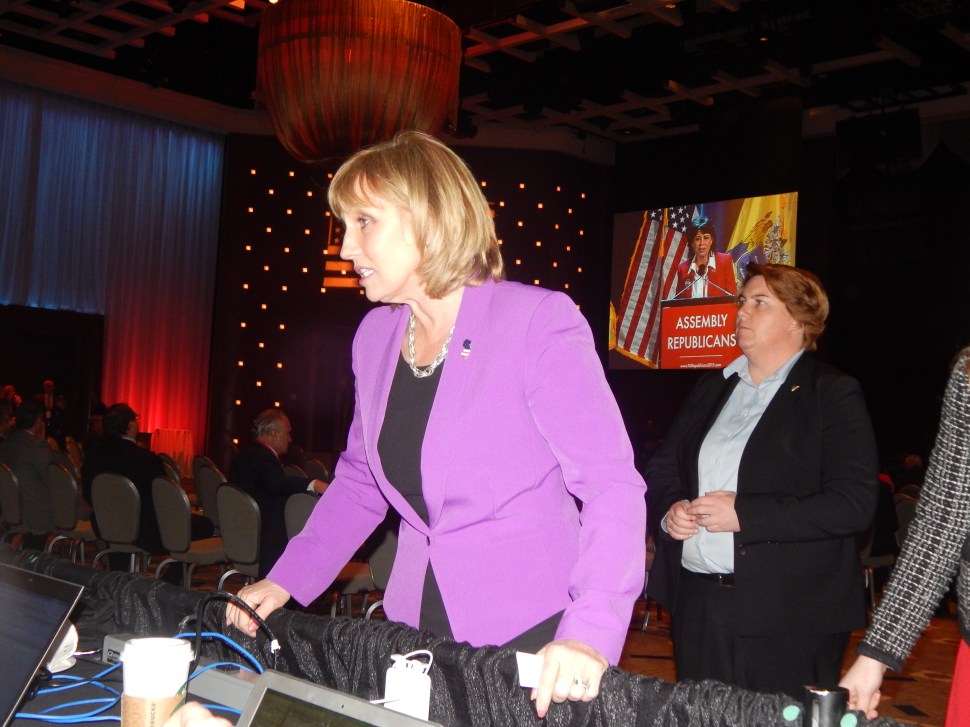 “Has anyone here seen Donna Simon?” 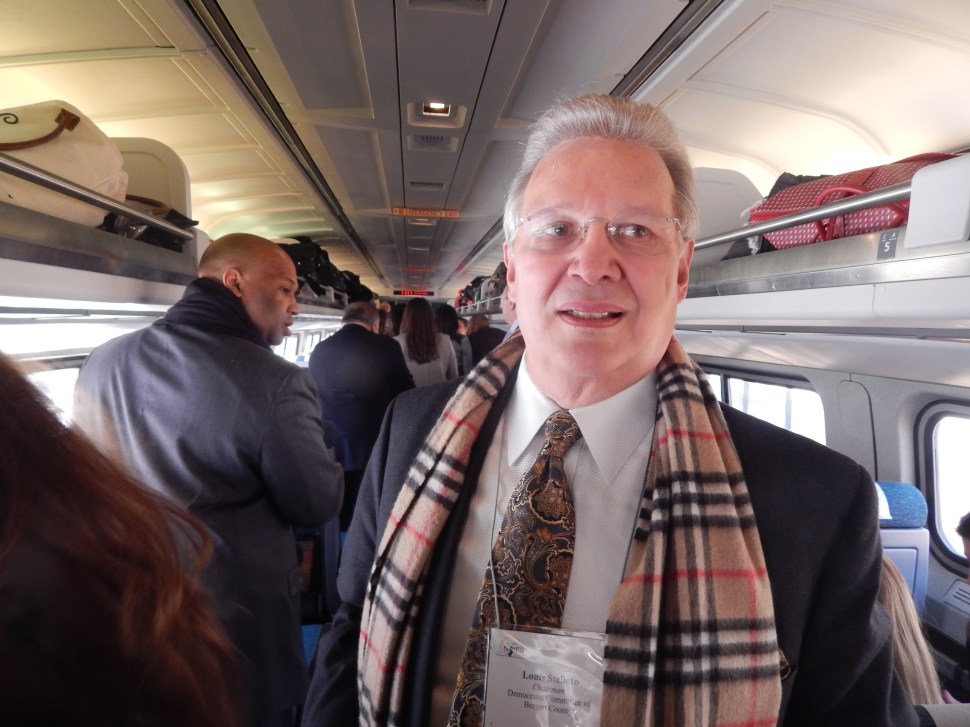 “I’m trying to get away from the 2017 gubernatorial candidates and it’s a small train. This is going to be a very trying two and a half years.” 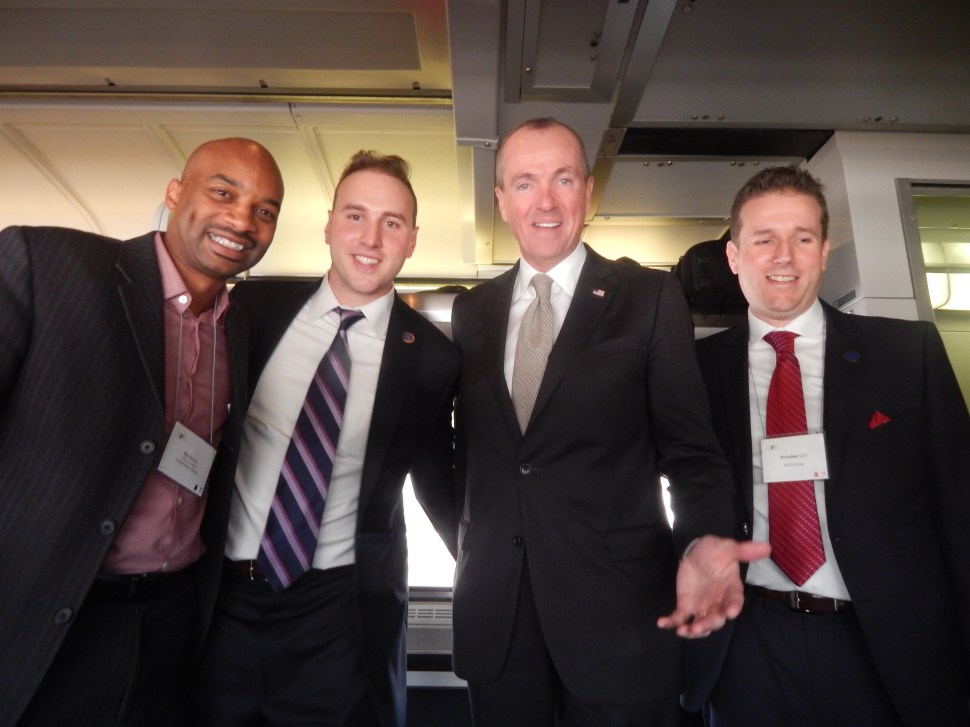 “Brendan, this must be what it feels like to be middle class – on a good day.”

“Is this the local train to Paramus?” 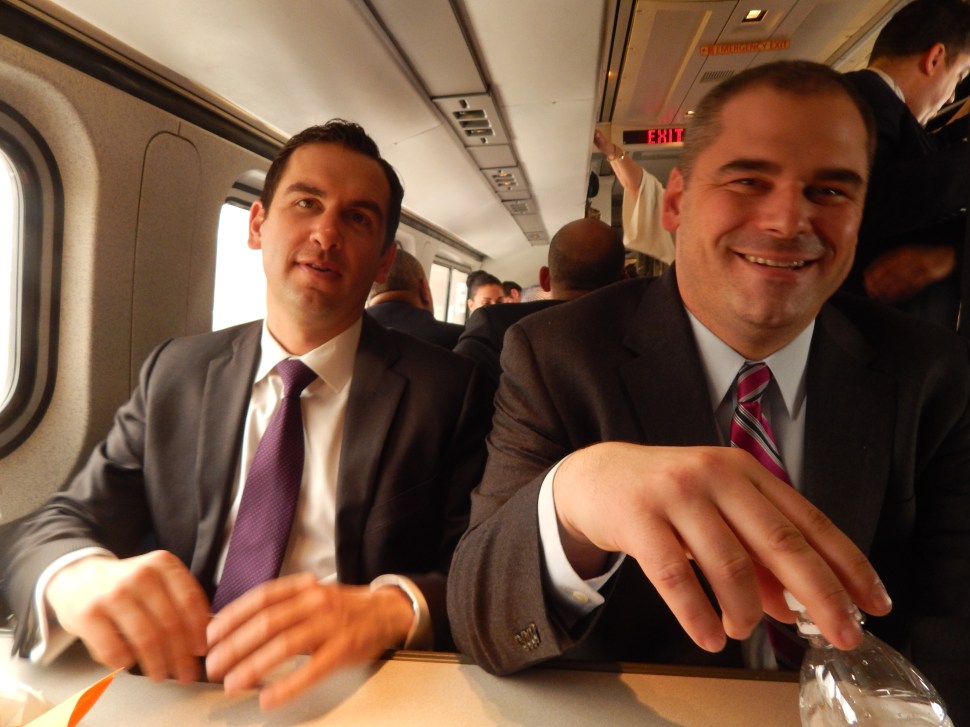 “There’s more happening on this train than the 2017 gubernatorial contest.”

“I keep telling Paul that all he has to do is back me for governor and keep his mouth shut – and he’ll be the next senate president.” 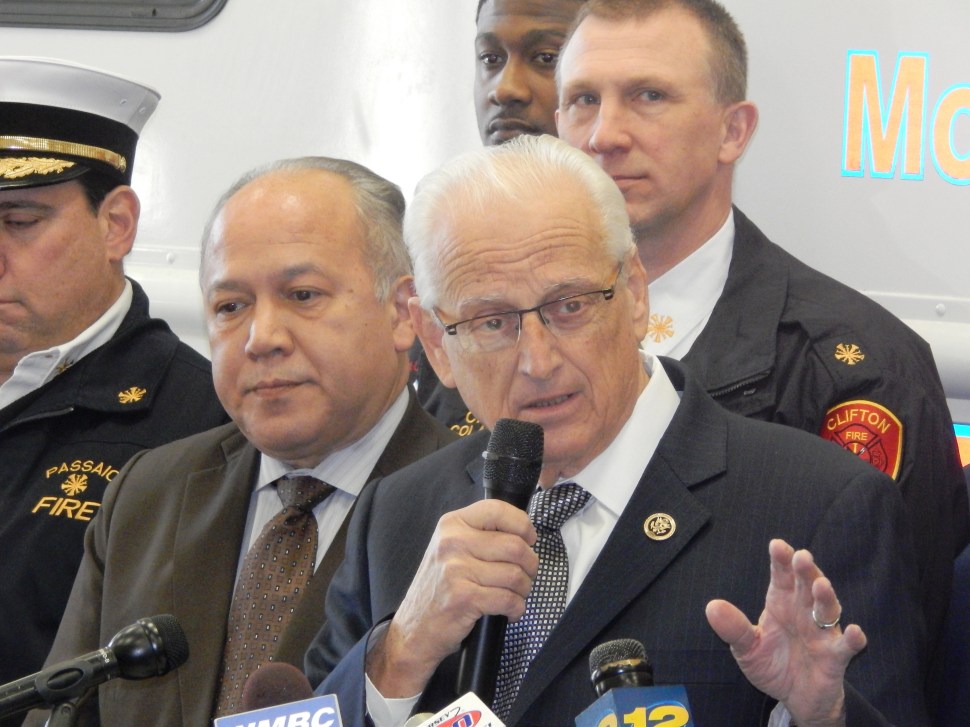 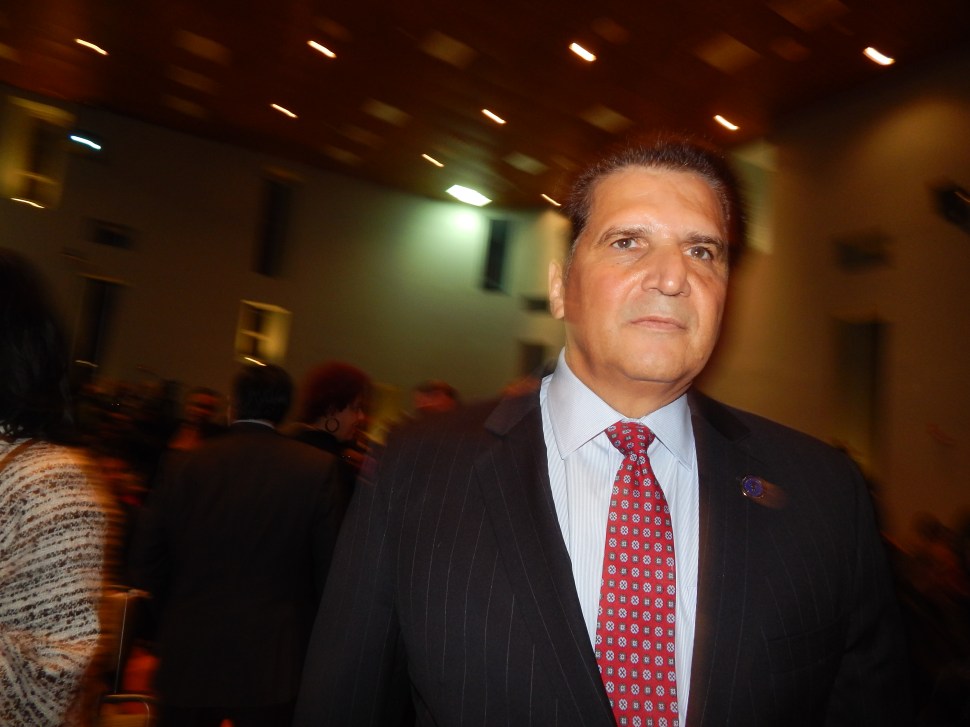 “Who says Tedesco’s more powerful in the North? Where’s Tedesco? Is he here? I’ll arm wrestle him.” 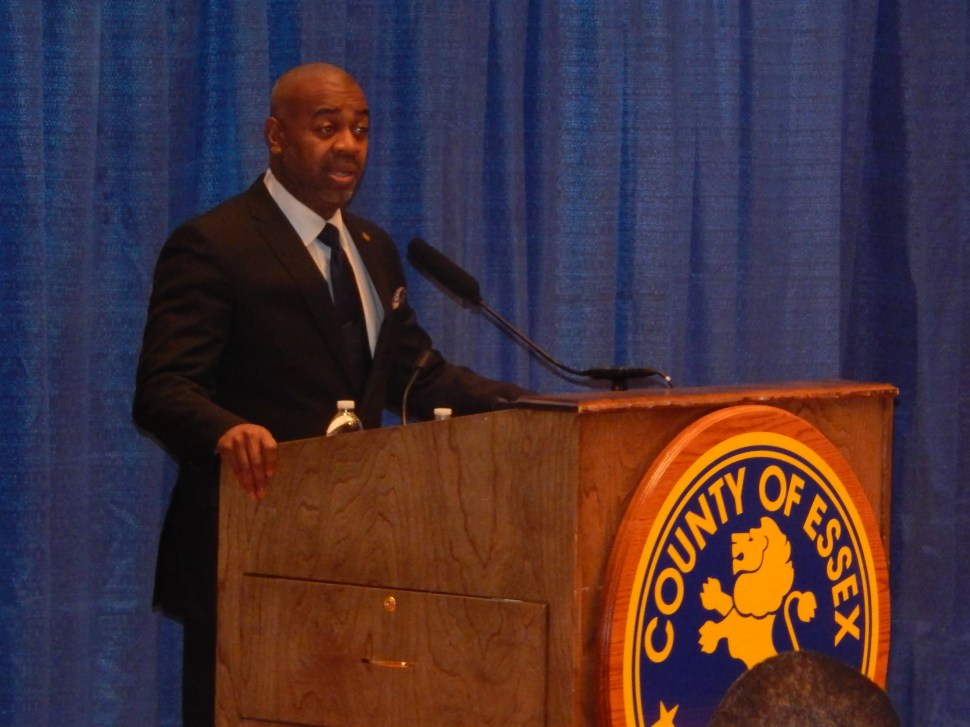 “Yes, it’s really me, and indeed, I do step foot outside of Newark from time to time.” 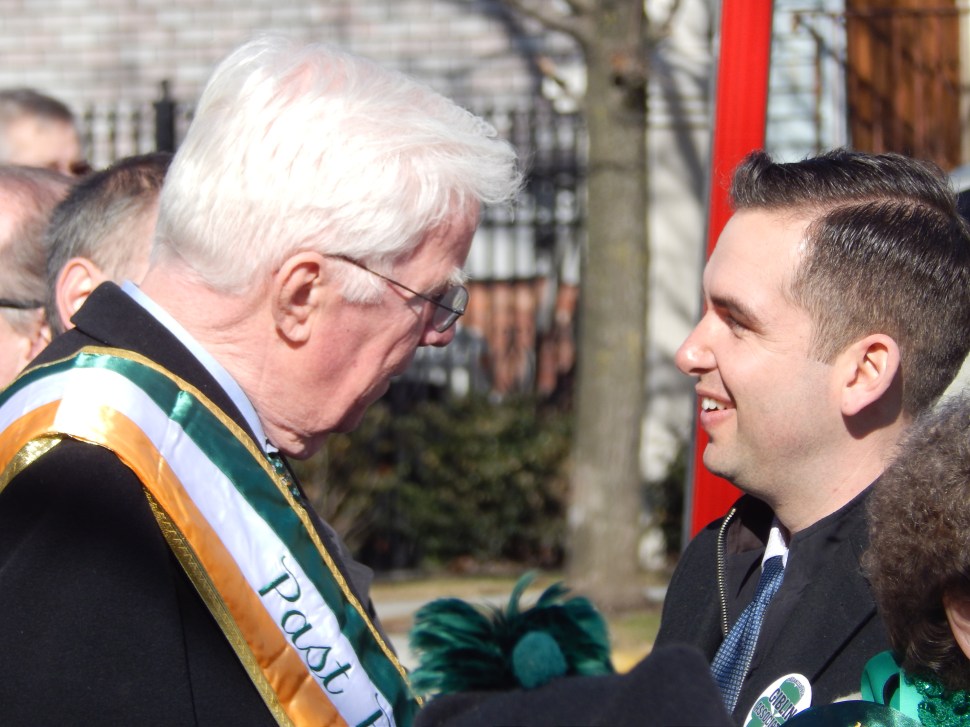 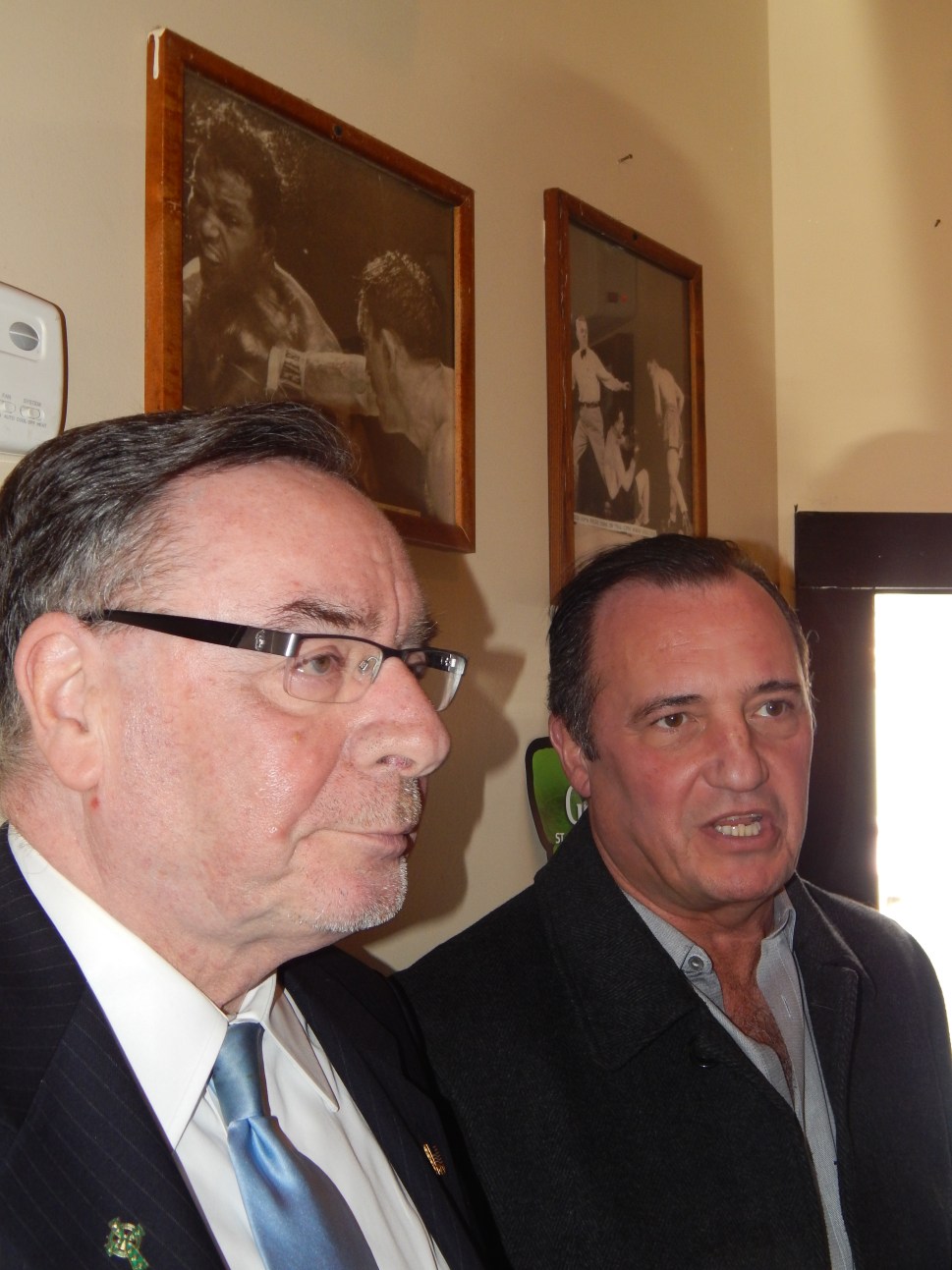 “Buddy, did anyone ever tell you that you look like Jerry Orbach?” 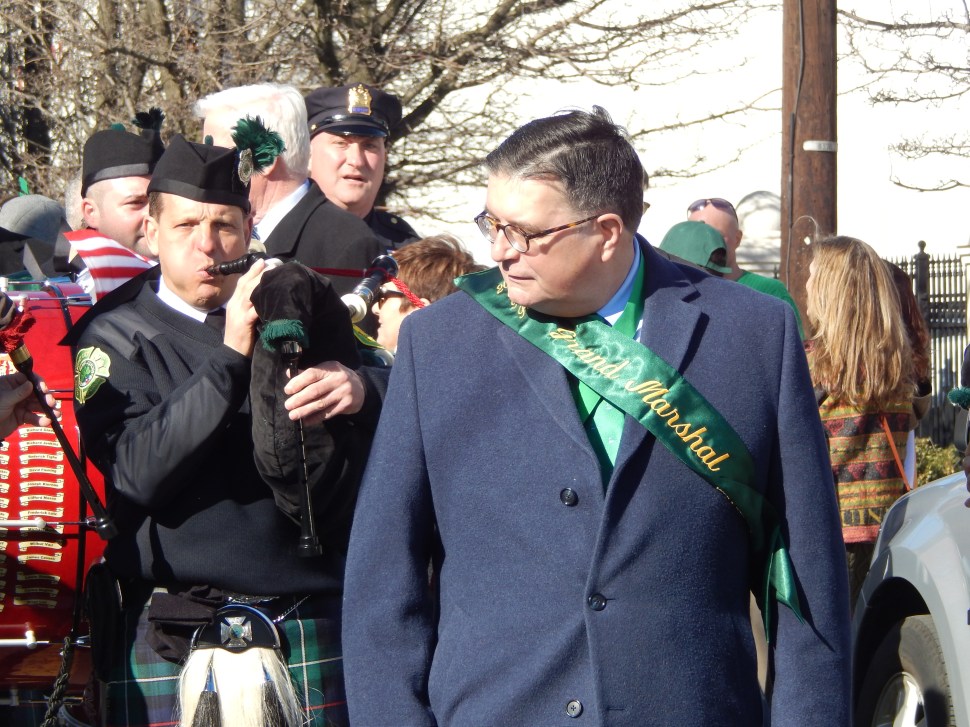 “Could somebody shut that guy up back there? I’m walking here!”

“That’s good, Phil. Good. Now go for the full bear hug from around the back. Nice. Well done. No, no, no kiss…”

“I just got a text from Lesniak. He says we’re toast.” 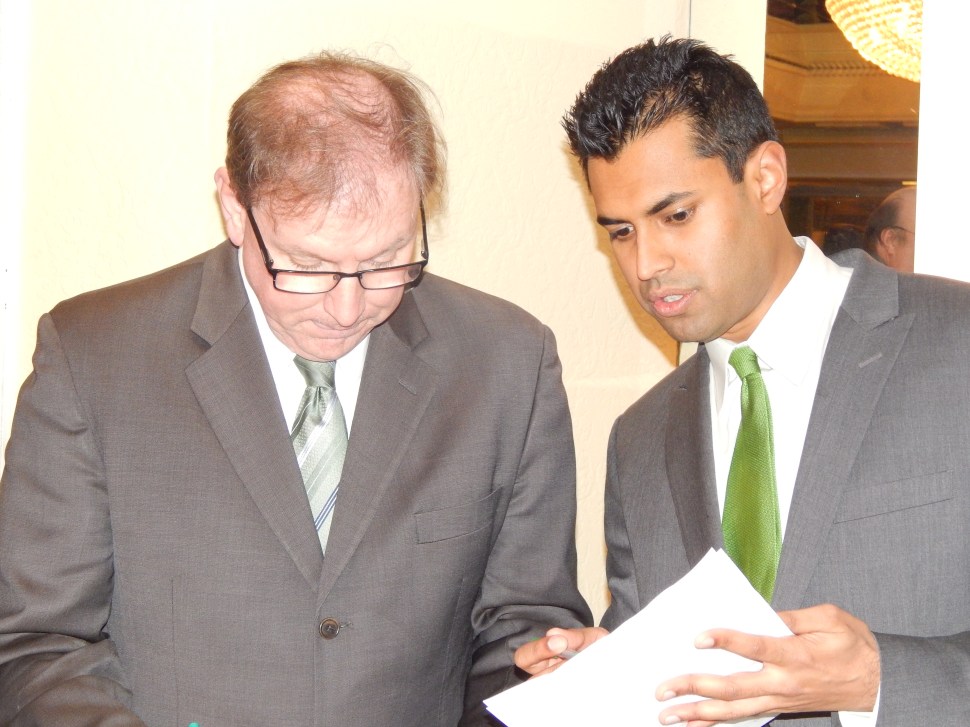 “Joe, I’m going to have you introduce Sweeney. You’re not going to do anything crazy, are you, Joe? Joe?” 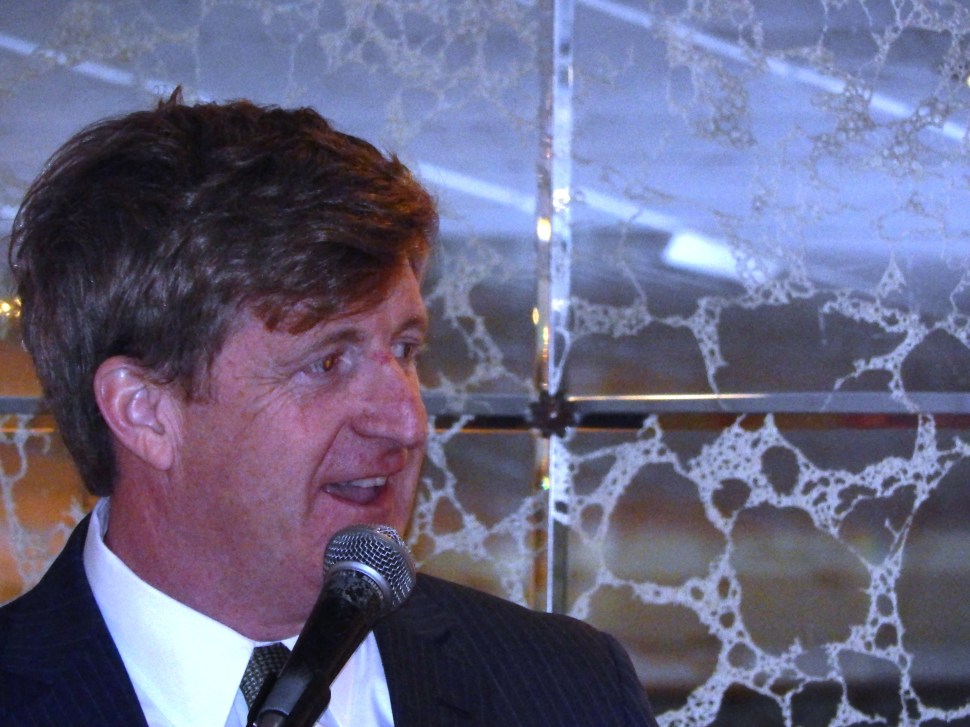 “I thought the conductor said ‘New England’ and I got off in New Jersey.”

“Mike, you promised me there would be no press.” 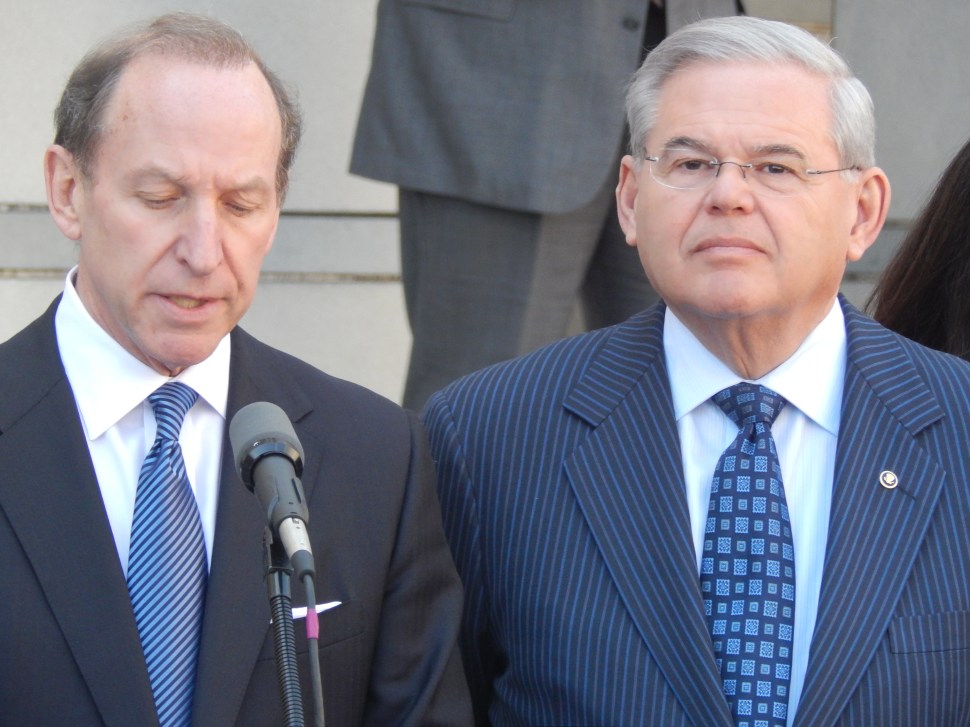 “I absolutely aim to prove in court that my client and I did not color coordinate our wardrobes this morning.” 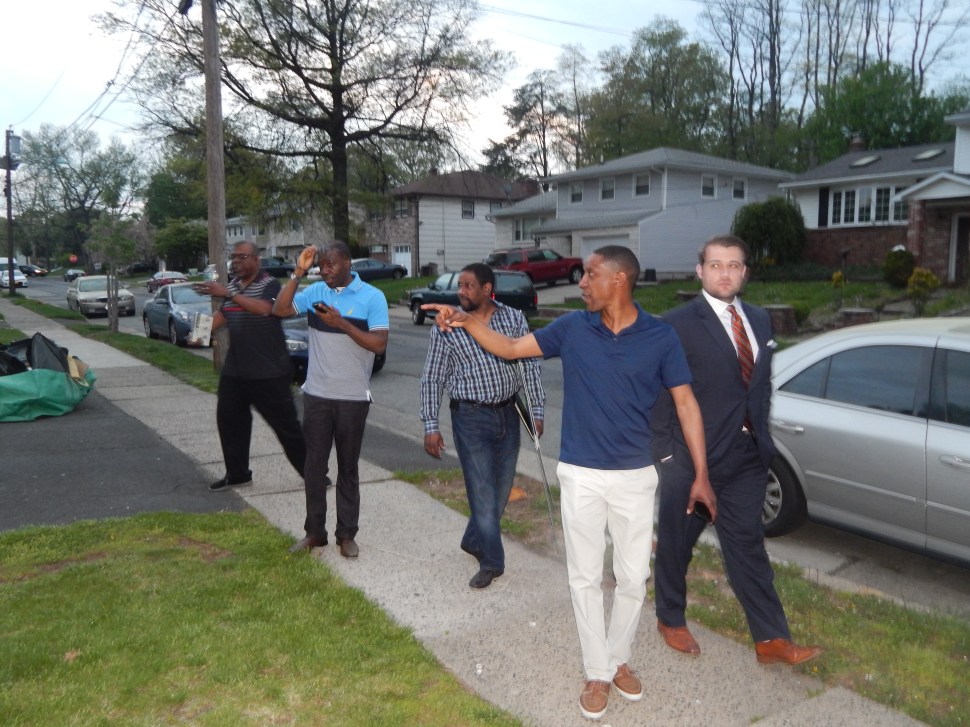 “This guy over here says he can still afford to live in New Jersey. Can we get his name and number please to follow up with him.”

“Chris, what do you mean ‘how do I think you’re doing in Iowa?’ I have no freakin’ idea. I’m in the middle of a freakin’ warzone here in Hudson County, you think I have time to pay attention to Iowa?”

“Marco, we took a wrong turn. No, it’s worse than that. We’re in New Jersey.”

“I know I’m never here, but that’s wholly by design.”

“Just stare straight ahead and act like nothing’s amiss.”

“Credit downgrades, crumbling infrastructure, property taxes no one can afford, rampant Democrat Party machine politics, and a Republican governor who can’t get away from the state fast enough. I don’t care! The business climate in New Jersey is GREAT!” 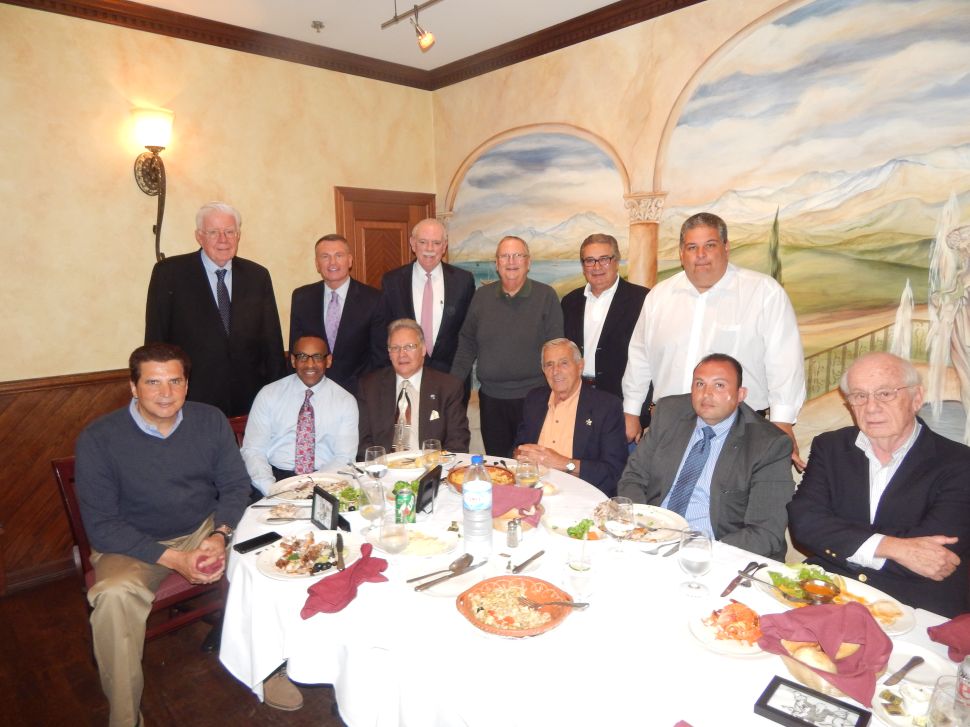