Though the end of business today marks the official deadline for squaring two versions of a bill to bring casinos to North Jersey, sources close to legislative leadership say that the effort to get a referendum on the ballot next November is already dead. With Atlantic City’s share still undecided and casino operators still in the dark about whether they’ll have a shot at one or two of three Meadowlands, Essex and Jersey City locations, voters are unlikely to have a say until 2017 or later.

The clock has run out, and Senate President Steve Sweeney (D-3) and Assembly Speaker Vice Prieto (D-32) have failed to reach a compromise on the expansion of casino gaming into North Jersey in time for the end of this year’s session. While Prieto apparently does not have his eye on any other office, Sweeney stands to suffer doubly if his advocacy for Atlantic City is seen as preventing new casino revenues for the North while a reputation as a supporter sticks to him in the South.

Insiders are saying that the sticking point in negotiations was the number of new licensees permitted into the deal: in the end, Sweeney’s insistence on giving both of the two new contracts to existing Atlantic City operators may have sunk the possibility of North and South meeting each other halfway. According to one source it was that inflexibility in allowing a new parent company in, and not the disagreement over Atlantic City’s percentage share of revenues, that lead to the gridlock.

After yesterday’s hearing, Sweeney said he was only trying to get South Jersey a better deal on an all-but-inevitable hardship.

“You know, leadership mean you have to make tough decisions even when it has an impact on you,” Sweeney said. “This is directly in my backyard. No one feels it harder than I do. And no one had fought harder to help Atlantic City than I have. If I wasn’t the Senate president, gaming would already be taking place in northern New Jersey. We gave it five years. Unfortunately, it has not come out.”

Despite movement in the Assembly and Senate on minor tweaks adjusting the share of revenues dedicated to local municipalities, changing the new sites’ minimum distance from Atlantic City to 72 rather than 75 miles, and instilling a timetable for construction, the casino effort will face a tougher road ahead. Atlantic City’s percentage is still undecided, with the Assembly bill calling for 35% and the Senate bill calling for 50%.

The outcome puts Sweeney in an awkward spot as he tries to garner support for an expected gubernatorial bid while headlining as the sponsor of the Senate bill. Despite his deflated pragmatism on the subject and the fealty he has seen from South Jersey labor, his constituents in South Jersey are unlikely to smile on his support for a measure seen as a job killer for the region.

That black eye at home is unlikely to fade as Atlantic County’s Assemblyman Chris Brown (R-2) continues to wage his own assault on Sweeney and Atlantic City’s Senator Jim Whelan.

The ballot question to amend the state constitution and clear the way will now most likely go to voters during or after 2017’s gubernatorial election, well after the primary predicted to be the deciding moment for whichever candidate becomes Chris Christie’s successor. Sweeney will have few opportunities to change public perception on the casino issue in that time.

It may be time for Sweeney to target a new scheme for state revenue, or face a candidacy hobbled by the regional divide. 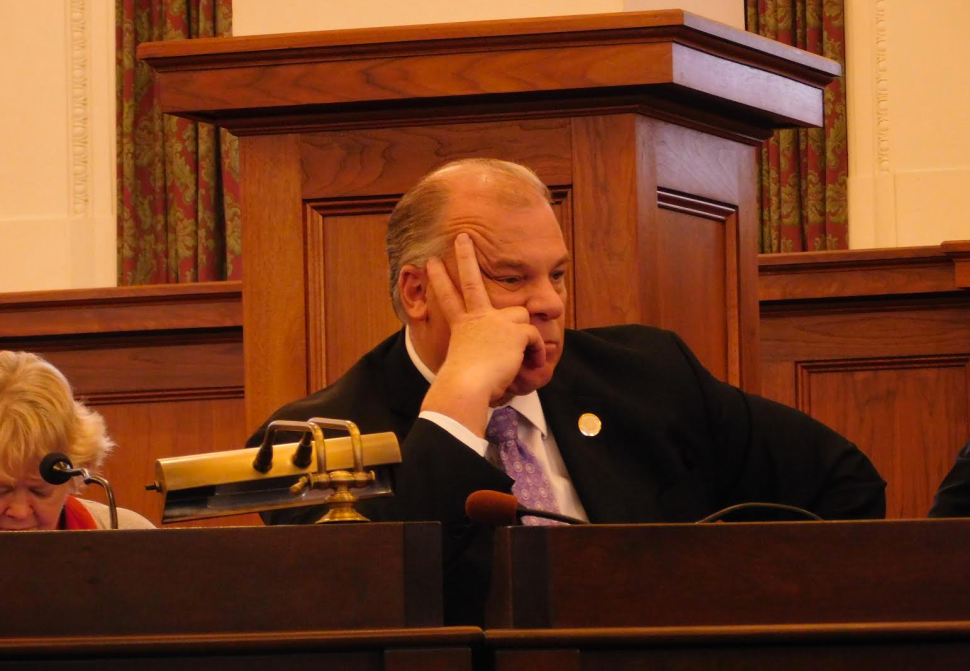