Espionage is a constant in human civilization. Spying features prominently in the Old Testament and it’s often called the “second oldest profession” with good reason. The ancient Chinese sage Sun Tzu wrote eloquently about the strategic importance of espionage and counterespionage fully 2,500 years ago. As long as people have lived in anything resembling societies, they have been stealing secrets from each other.

Although America has the world’s best-funded intelligence services, and our behemoth seventeen-agency Intelligence Community is sufficiently vast to please any Beltway bureaucrat, there are persistent calls for our spies to do more. This has become a drumbeat of late, as the Obama White House fumbles aimlessly around the Middle East in its not-quite-a-war against the Islamic State, the notorious ISIS.

Beyond the politicization of our intelligence regarding ISIS, which is known to be a problem, with inaccurate good news being valued over more accurate bad news by certain senior policymakers, many believe that we simply don’t know enough about what the black-clad jihadist madmen in Syria and Iraq are up to.

In particular, we’re hearing increasing cries for more spies on the ground, what professionals term human intelligence or HUMINT. Ritualistic chants for “more HUMINT” occur any time Uncle Sam finds himself in a jam somewhere, and they usually come from people who don’t know much about the spy business. They also find fault with our alleged overreliance on technical espionage, and their particular bugbear is signals intelligence or SIGINT.

American spies work the embassy cocktail circuit, just like in the movies, hoping to land a golden source.

Above all, the “more HUMINT” crowd pretends our Intelligence Community doesn’t do plenty of it already, when in fact we do more of it than almost anybody. This is often accompanied by implied criticism that risk-averse American spies are just sitting around in embassies worldwide, not doing much. They need to “get in the fight,” advocates state from their comfy chairs. Inevitably there will be cries to recreate the derring-do of the Office of Strategic Services of World War Two fame, when brave men jumped out of airplanes behind enemy lines and did… something. That the espionage track record of the OSS can be charitably termed mixed is always omitted.

What they really want is the United States to do HUMINT differently, and that’s an important issue that requires some unpacking. Doing HUMINT abroad is the purview of two organizations: the Central Intelligence Agency and the Pentagon’s Defense Intelligence Agency. The latter’s effort is by far the smaller of the two and notably less effective than CIA’s. DIA has a long-standing reputation inside the Beltway for possessing more enthusiasm than skill, and a recent effort to bolster its HUMINT role by then-director General Mike Flynn was beaten back by CIA. That proposal died with President Obama’s dumping of Mr. Flynn for bad judgement—which, given Mr. Flynn’s lies about ISIS intelligence since his firing and his recent reinvention as a Kremlin propagandist, looks like an excellent call by Mr. Obama.

CIA, specifically its Directorate of Operations, does the lion’s share of American HUMINT around the world, and it is one of the few spy services out there with truly global reach, possessing clandestine stations and bases in dozens of countries. Most DO officers serve under various “official” covers, posing as diplomats and whatnot, while a far smaller cadre operates under “non-official” cover. NOCs, as they are known in the trade, usually pose as businesspeople and enjoy none of the diplomatic protection of DO officers under official cover, who if they get caught spying—which is illegal pretty much everywhere—will be sent home, declared persona non grata by the host country. The fate of an unveiled NOC may be much less pleasant than merely getting “PNG’d,” as spies call it.

The Russians assume all American diplomats, and many businesspeople, are spies until proven otherwise.

Silly TV shows and movies have given the public a vastly distorted image of what the CIA actually does. A lot of the job gets taken up by what spies term “liaison,” working with partner foreign intelligence services. Many DO reports are actually supplied by liaison, since it’s a safe bet that the local service knows more about what’s going in their country than the CIA station does. In exchange, we give them information they seek, often our SIGINT, which is the best in the world.

In reality, few Western intelligence agencies coerce potential agents with sex or blackmail (Israel being an exception), and many of the foreigners who spy for the CIA come to us voluntarily. They’re called “walk-ins,” and they are a key part of what the DO does. Although American spies work the embassy cocktail circuit, just like in the movies, hoping to land a golden source, a high percentage of the agents recruited by CIA that turn out to be valuable showed up at an American embassy one day, out of the blue, and asked to talk to a spy.

This model of doing HUMINT, which the CIA has perfected over decades, works fine in most of the world, but it encounters problems wherever local counterintelligence is skilled and tenacious. When that gets intense the country is called a “denied area” and DO activities are tricky. Russia is a classic case, where “Moscow Rules” prevail and Putin’s FSB watches suspected American spies very closely. (The Russians assume all American diplomats, and many businesspeople, are spies until proven otherwise.) U.S. intelligence personnel who aren’t careful in their tradecraft can easily wind up getting publicly humiliated before being PNG’d by the gleeful Kremlin.

Infiltrating terror groups directly is likely to get Americans killed in horrible ways.

Then there are countries like Iran or North Korea, where there are no American diplomatic missions, or even businesses, and doing HUMINT there can be near-impossible. Not to mention that missteps can get our spies killed. That fact is often poorly understood by the Pentagon, which frequently pleas for “more HUMINT” without understanding the tough realities of the business in “hard target” countries. It’s one thing to send barely disguised commandos into Iran on short-term reconnaissance missions; it’s quite another, and vastly more dangerous, to send NOCs into Iran long-term, expecting them to deliver strategic intelligence.

This reality applies even more in the struggle against ISIS, which would like nothing better than to catch American spies whom they can decapitate, or perhaps set on fire in a cage, for YouTube. Commandos from the Pentagon’s Joint Special Operations Command, in tandem with the DO’s Special Activities Division (which is composed mostly of former military special operators), have regularly deployed in the Middle East against ISIS, but they’re not under cover in any meaningful sense, neither are they big-picture intelligence collectors.

Pleas for “more HUMINT” against ISIS talk about infiltrating terror groups directly and, while that is doable, it’s also likely to get Americans killed in horrible ways. The CIA needs to improve its shaky track record on counterintelligence and vetting jihadist sources before it embarks on such risky adventures, since the last thing Langley needs is more blown-apart officers. Plus right now they’re engaged in the biggest reorganization since the agency’s founding in 1947, so it’s not the time for more DO churn.

Traditional espionage will be relevant as long as people are living in groups.

We can’t partner with Syrian intelligence, since they are very tight with the Russians, who aren’t even our frenemy. Iraqi intelligence is no help either, despite the vast amounts of U.S. taxpayer dollars spent building them post-Saddam, since they are very tight with Tehran, which has kidnapped and murdered American spies before. The good news is that we’re close intelligence partners with frontier states like Jordan and Israel, and their look across the border is frequently better than ours.

Fortunately, there’s always SIGINT, meaning the National Security Agency, which consistently produces something like 80 percent of the actionable intelligence we have. Our struggle against jihadist terrorism worldwide is grounded firmly in our SIGINT capabilities. Although the enormous NSA leak perpetrated by Edward Snowden has made terrorists more careful in their communications, they still use cellphones a lot, and that’s the best method we have of finding them – and killing them with airstrikes, drones, and commando raids.

Neither are HUMINT and SIGINT the rivals that armchair experts paint them to be. In reality, they leverage each other a great deal, working as partners to track targets. For instance, NSA monitoring might discover a disgruntled IT clerk at a foreign intelligence service—a Russian or Chinese Snowden—complaining in emails about how much he hates his job and his country. That information, shared with the CIA, could set him up for easy recruitment. In turn, what the tech-savvy turncoat shares with the DO would immediately make NSA operations against his country and its security services much easier.

SIGINT has dominated the global intelligence game for a century now, since the beginning of the First World War, due to telecommunications realities. A world where people, businesses, and governments rely on IT for almost everything they do is a world where SIGINT will be the most important form of espionage. As long as we all rely on phones, computers, and other electronic media to run our daily lives, espionage in the ether will dominate the global spy game.

That said, HUMINT will never cease to be vital. Traditional espionage will be relevant as long as people are living in groups. We need both SIGINT and HUMINT to protect our country and our allies from terrorists and related bad guys. Asking which is more important is rather like asking which half of a pair of scissors is more necessary. Ill-informed entertainment has created serious misconceptions about espionage in the 21st century (it’s significant that turncoats Mr. Snowden and Bowe Bergdahl both fantasized about being Jason Bourne).

All that’s certain is that the SpyWar, the worldwide clandestine struggle between agents and agencies, will continue no matter what. We’re several thousand years into it already. Spies will keep spying while countering the other side’s spies. Amateurs rail about “more HUMINT.” Professionals want HUMINT and SIGINT, as much of both as possible, working together seamlessly to defend us. 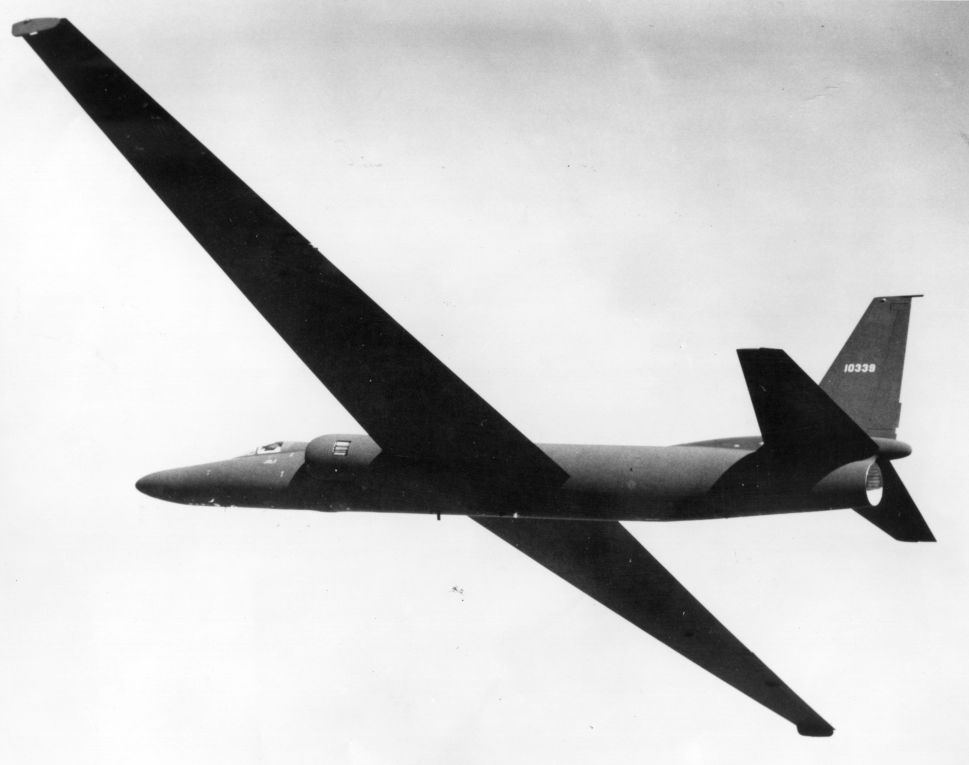