Well, that was fast.

Just 47 days after Cameron Diaz put her Greenwich Village condo on the market, it has already gone into contract.

Not that we can’t see why someone would jump at the chance to live not only in a movie star’s apartment, but this particular prewar condo. After Ms. Diaz paid $2.95 million for the two-bedroom, two-bathroom in 2008, she gut renovated the place, calling in the likes of interior designer Kelly Wearstler to work her magic. The end result is a “jewel box” 1,400-square-foot apartment which, like any good celebrity pad, was subsequently featured on the cover of Elle Décor. 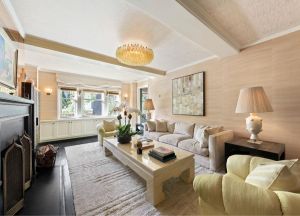 Jewel box if we ever saw one. (Warburg)

The West Coast-based Ms. Wearstler is known her for her abundant use of bright colors, which is definitely  shown in this apartment at 59 West 12th Street—the kitchen is emerald green with grass countertops, one bathroom has black marble along with pink onyx, and another room has (custom, of course) rose-colored wallpaper, so it looks like the buyer perhaps isn’t such a fan of the oft-seen beige apartments all over the city. Then again, this is Greenwich Village and not the Upper East Side.

“The apartment faces south, so it gets a lot of bright light,” Warburg broker Rebecca Edwardson, who has the $4.25 million listing, informed the Wall Street Journal when the unit hit the market. 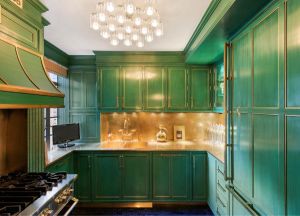 As for why Ms. Diaz would part ways with such a pretty pad, perhaps it was a case of The Other Apartment—she paid $9.52 million for a three-bedroom unit in Walker Tower at the end of 2013, and after marrying Good Charlotte guitarist Benji Madden earlier this year, perhaps the two were simply ready to move on to the new Chelsea pad. It’s safe to say that the two will feel at home amongst the other celebrity buyers who have checked out Walker Tower—among them Ryan Seacrest and Jennifer Lopez.