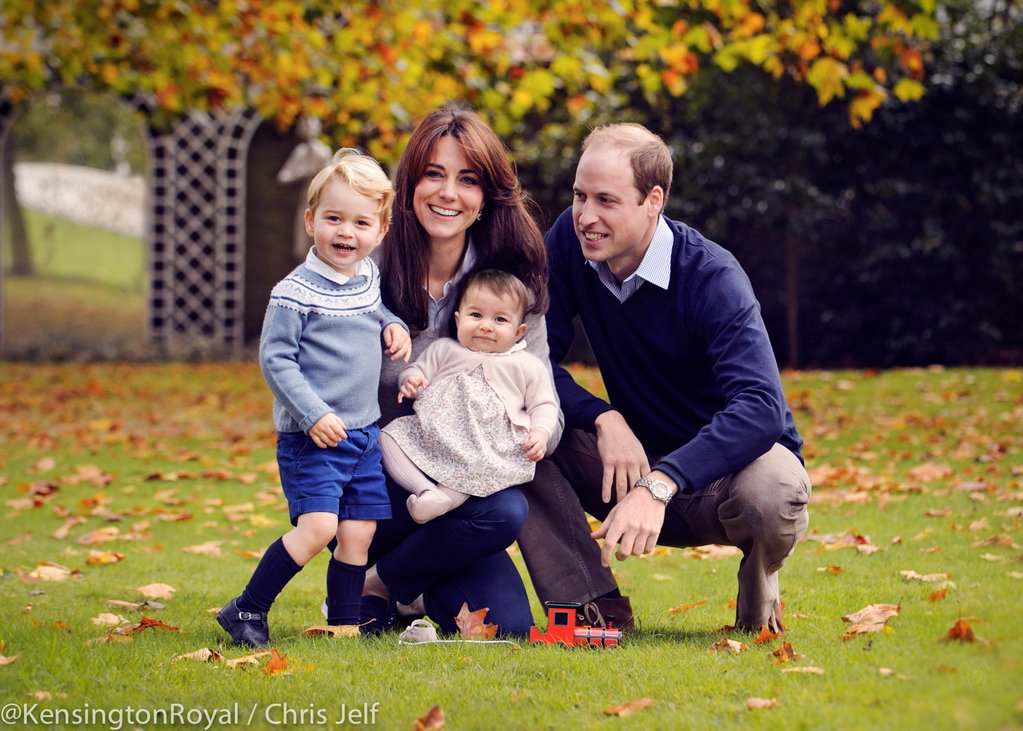 The Christmas card to rival all others in 2015 has just dropped. And naturally, it’s coming directly from the royal family.

The Duchess’ new bangs posed with her adorable family at Kensington Palace, with a seasonal backdrop of fallen leaves. The painfully precious Prince George looks ecstatic as always, showing there’s no discord between him and his baby sister. Princess Kate is bringing major mom vibes with her new ‘do, as Prince William looks on adoringly. The little princess is missing a shoe, showing that even the most seemingly perfect family can have Christmas card struggles.

The photograph surfaced early this morning, along with a press release announcing Prince George’s plans for nursery school. He’ll be attending the Westacre Montessori School Nursery in Norfolk beginning early next year. The school says, “We are looking forward to welcoming George to our nursery where he will get the same special experience as all of our children.” In 2016, look forward to plenty of finger painting masterpieces and Play-Doh sculptures from the tiny prince. 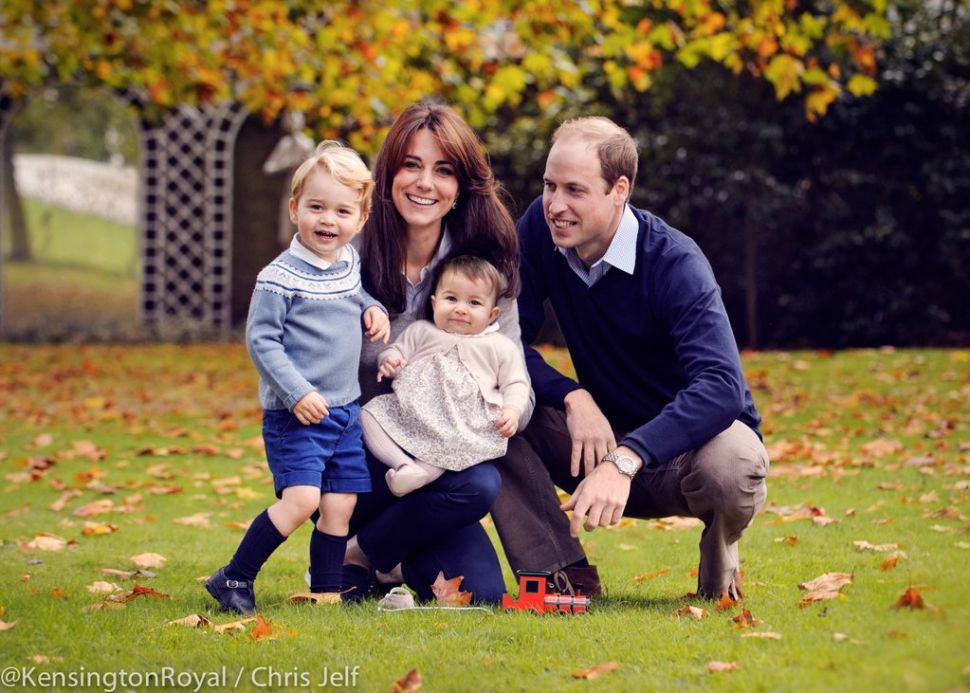