Bernie Sanders was a smash hit among readers of TIME in its polling of who should be named person of the year for 2015. But Mr. Sanders, his supporters and TIME’s readers were all snubbed and ripped off when he was not even chosen as one of the eight finalists.

To add insult to injury, the same TIME editors who didn’t include Mr. Sanders did include Donald Trump, in a stunning reveal of the arrogance and self-interest of corporate media that Mr. Sanders has led the charge to condemn—with good reason, in my view—throughout the campaign.

Let me offer a modest proposal for liberals, populists, progressives and Sanders supporters who want to fight back against the extreme bias of the corporate media against the candidate with the greatest single voice against income inequality, social injustice and economic unfairness in the campaign for president.

My proposal is this: Fight back against the injustice of TIME’s omission of economic justice’s great champion from its list of finalists for person of the year by launching a tidal wave of social media and grassroots-driven small donations to the Sanders campaign.

I have no problem with TIME putting Mr. Trump on its list of finalists for person of the year. The person of the year is not based on whom we agree with, or disagree with, but on who has had the most influence. There is no doubt Mr. Trump earned his place as a person of great influence. In fact, he has had more influence on the Republican Party than any other Republican, and whether we agree with his views or not he has earned a place on the list of finalists for that reason alone.

I do have a huge problem with TIME editors including Mr. Trump while rejecting Mr. Sanders—who has had more influence than any other candidate on the direction of the Democratic Party. Whether a Democrat supports Hillary Clinton or Mr. Sanders, he has been the candidate driving the debate, and she has been the candidate reacting to his leadership on one great progressive issue after another, time after time, day after day, week after week, month after month.

In a recent column I argued with supporting data that Bernie Sanders can fairly stake a claim to being the most electable candidate for president in either party. I cited polling that supports his right to make this claim, which suggests that in the eyes of voters Mr. Sanders is more electable than Ms. Clinton, Mr. Trump, Dr. Ben Carson, Sen. Marco Rubio and Sen. Ted Cruz.

In most polling, Mr. Sanders would defeat Mr. Trump by margins that, in some cases, reach epic landslide proportion. Again, I have no problem giving Mr. Trump his due by including him in the list of TIME finalists, but since Mr. Sanders in most cases would defeat Mr. Trump in general election polling, the Sanders influence is not just within his party but across the nation as a whole—giving him a right equal to or greater than Mr. Trump to be included on a list of most influential people.

Even when Mr. Sanders was performing so strongly in polling of TIME readers, I did not write about this because I never expected a corporate media institution such as TIME to give fair consideration to a candidate who devoutly opposes the most extreme examples of corporatist greed.

Now that the rigged jury of TIME editors has rendered its verdict in the fixed case against Mr. Sanders in person of the year, I would say to Sanders supporters: don’t get mad, get even.

Bernie Sanders, Elizabeth Warren, New York City Mayor Bill de Blasio, Ohio Senator Sherrod Brown, Wisconsin Senate candidate Russ Feingold and progressives across the nation are fighting against markets that are fixed, politics that are rigged and media that is gamed against the values we stand for.

Bernie Sanders got a raw deal from TIME, but in this country the people still have a voice and we have just begun to fight. 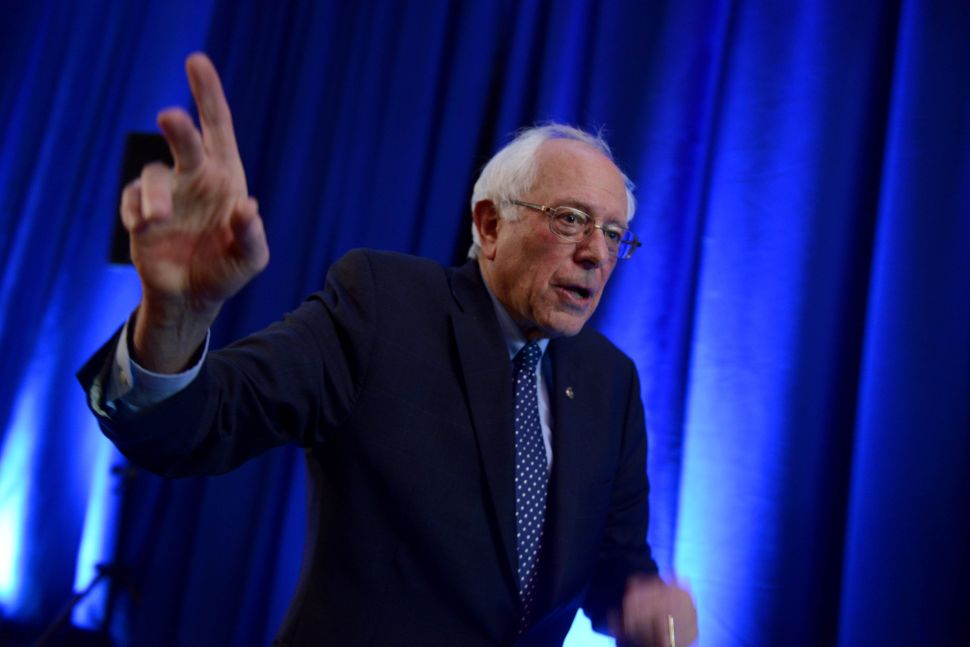